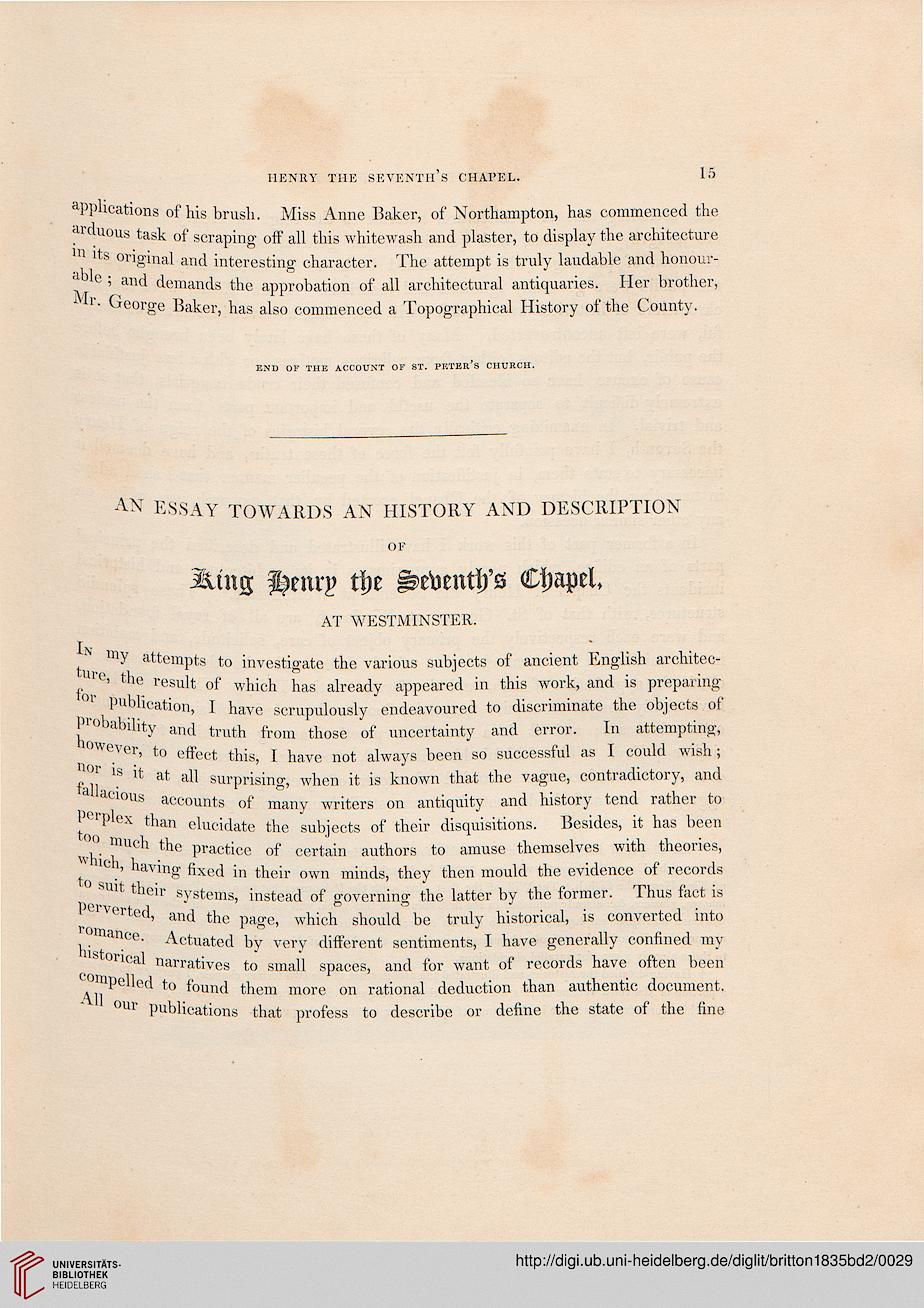 aPP ications of his brush. Miss Anne Baker, of Northampton, has commenced the
in U°US.task of scraping off all this whitewash and plaster, to display the architecture
■ible °ri^ma^ an(* interesting character. The attempt is truly laudable and honour-
]yj G ' ,an^ ^emands the approbation of all architectural antiquaries. Her brother,
George Baker, has also commenced a Topographical History of the County.

AN ESSAY TOWARDS AN HISTORY AND DESCRIPTION

ture^h a^temP*;s to investigate the various subjects of ancient English architec-
for ' resu °^ wnich has already appeared in this work, and is preparing
probab' ?Cat^°n' * nave scrupulously endeavoured to discriminate the objects of
howe 1 an<^ trutn fr°m those of uncertainty and error. In attempting,
er, to effect this, I have not always been so successful as I could wish;
nor is u Pf n

fall " surprising, when it is known that the vague, contradictory, and

at-ious accounts of many writers on antiquity and history tend rather to
ton ' 6X c*ut'^atc ^0 subjects of their disquisitions. Besides, it has been

whichU^ • Pract^CG 01 certain authors to amuse themselves with theories,
t0 g / aving fixed in their own minds, they then mould the evidence of records
perv 8ystems' instead of governing the latter by the former. Thus fact is

pomah ^ ^ Pa£e' which should be truly historical, is converted into
hist Ce ^etuated by very different sentiments, I have generally confined my
com narratives to small spaces, and for want of records have often been
c to found them more on rational deduction than authentic document.
0Ur publications that profess to describe or define the state of the fine