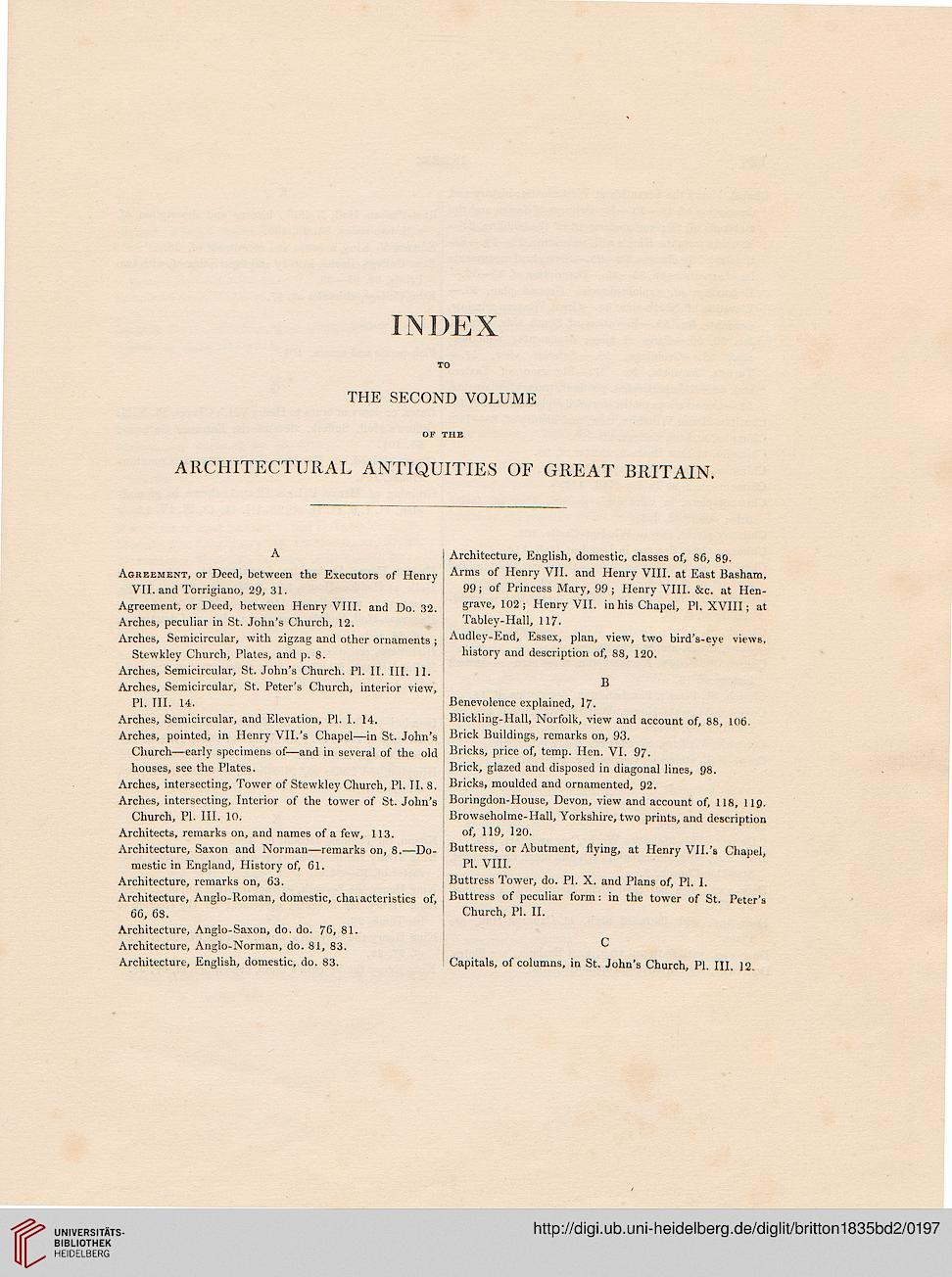 Agreement, or Deed, between the Executors of Henry

VII. and Torrigiano, 29, 31.
Agreement, or Deed, between Henry VIII. and Do. 32.
Arches, peculiar in St. John's Church, 12.
Arches, Semicircular, with zigzag and other ornaments j

Arches, Semicircular, and Elevation, PI. I. 14.

Architecture, Saxon and Norman—remarks on, 8.—Do-
mestic in England, History of, 61.

Buttress Tower, do. PI. X. and Plans of, PI. I.
Buttress of peculiar form: in the tower of St. Peter's
Church, PI. II.