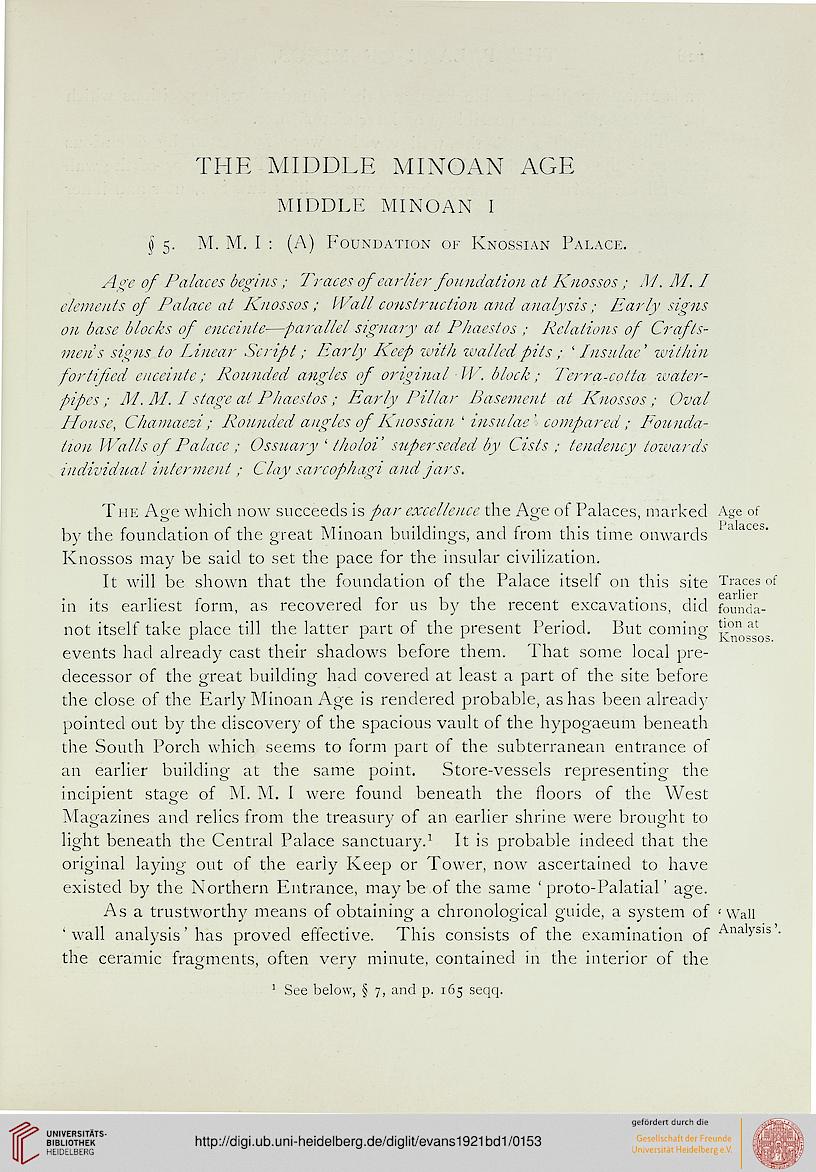 The Age which now succeeds is par excellence the Age of Palaces, marked Age of
by the foundation of the great Minoan buildings, and from this time onwards
Knossos may be said to set the pace for the insular civilization.

It will be shown that the foundation of the Palace itself on this site Traces of
in its earliest form, as recovered for us by the recent excavations, did founda-
not itself take place till the latter part of the present Period. But comino- ti°n at

events had already cast their shadows before them. That some local pre-
decessor of the great building had covered at least a part of the site before
the close of the Early Minoan Age is rendered probable, as has been already
pointed out by the discovery of the spacious vault of the hypogaeum beneath
the South Porch which seems to form part of the subterranean entrance of
an earlier building at the same point. Store-\Tessels representing the
incipient stage of M. M. I were found beneath the floors of the West
Magazines and relics from the treasury of an earlier shrine were brought to
light beneath the Central Palace sanctuary.1 It is probable indeed that the
original laying out of the early Keep or Tower, now ascertained to have
existed by the Northern Entrance, maybe of the same ' proto-Palatial' age.

As a trustworthy means of obtaining a chronological guide, a system of 'Wall
' wall analysis' has proved effective. This consists of the examination of Analysis •
the ceramic fragments, often very minute, contained in the interior of the