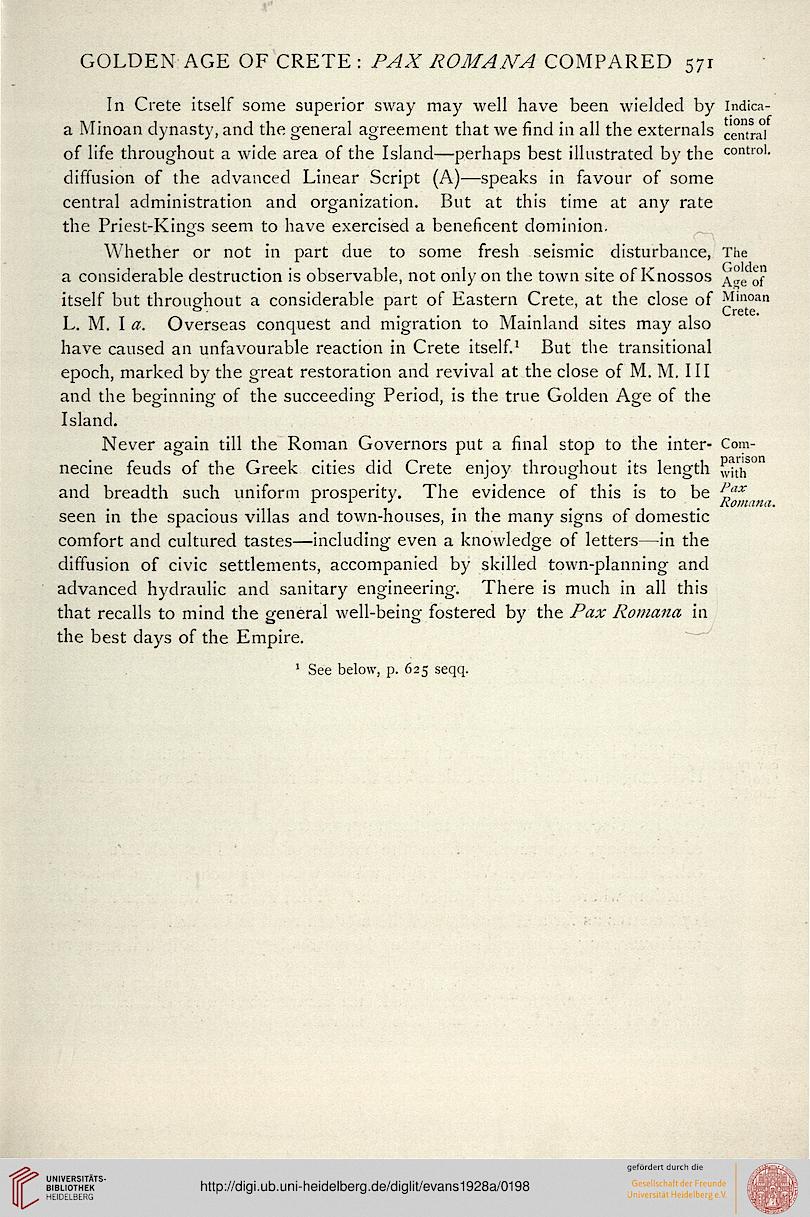 In Crete itself some superior sway may well have been wielded by Indica-
a Minoan dynasty, and the general agreement that we find in all the externals c°ntr °i
of life throughout a wide area of the Island—perhaps best illustrated by the contro1-
diffusion of the advanced Linear Script (A)—speaks in favour of some
central administration and organization. But at this time at any rate
the Priest-Kings seem to have exercised a beneficent dominion.

Whether or not in part due to some fresh seismic disturbance, The
a considerable destruction is observable, not only on the town site of Knossos j^",c L0"
itself but throughout a considerable part of Eastern Crete, at the close of Minoan
L. M. I a. Overseas conquest and migration to Mainland sites may also
have caused an unfavourable reaction in Crete itself.1 But the transitional
epoch, marked by the great restoration and revival at the close of M. M. Ill
and the beginning of the succeeding Period, is the true Golden Age of the
Island.

Never again till the Roman Governors put a final stop to the inter- Com-
necine feuds of the Greek cities did Crete enjoy throughout its length £jth
and breadth such uniform prosperity. The evidence of this is to be £**

seen in the spacious villas and town-houses, in the many signs of domestic
comfort and cultured tastes—including even a knowledge of letters—in the
diffusion of civic settlements, accompanied by skilled town-planning and
advanced hydraulic and sanitary engineering. There is much in all this
that recalls to mind the general well-being fostered by the Pax Romana in
the best days of the Empire.