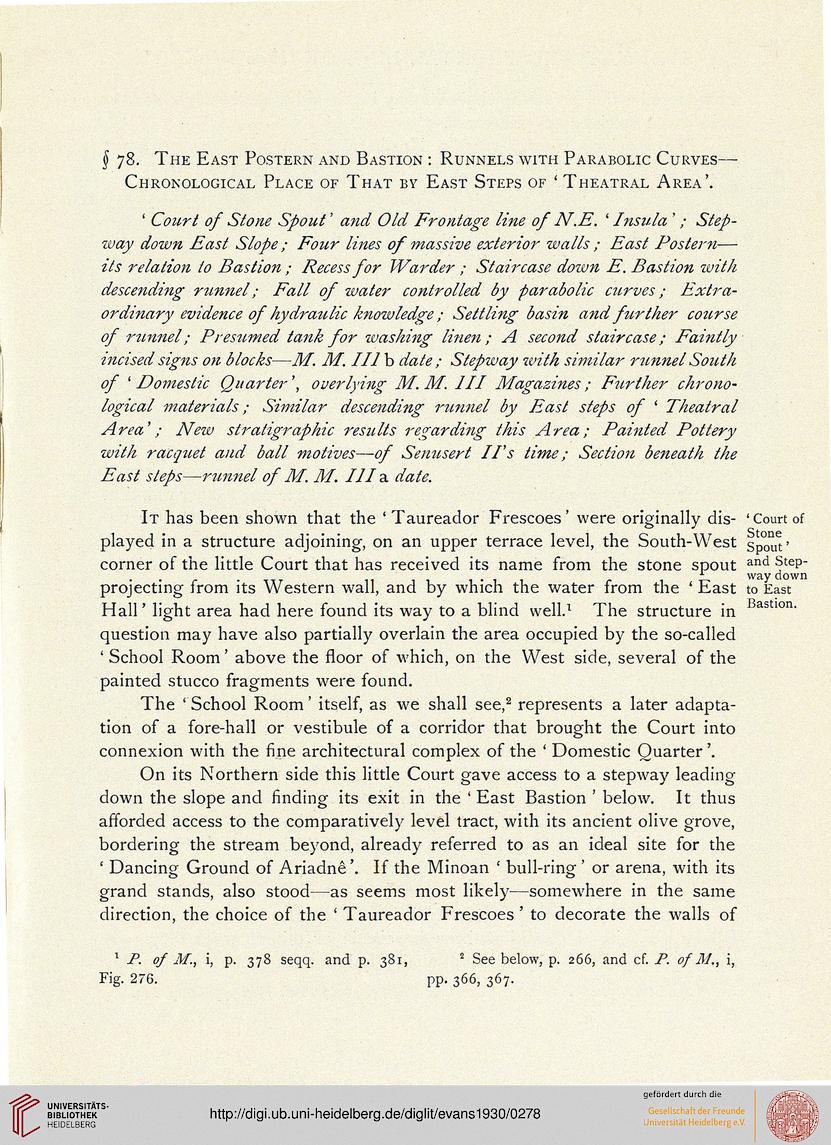 Scroll
OCR fulltext
Information about OCR text
§ 78. The East Postern and Bastion : Runnels with Parabolic Curves—
Chronological Place of That by East Steps of ' Theatral Area'.

It has been shown that the ' Taureador Frescoes' were originally dis- ' Court of
played in a structure adjoining, on an upper terrace level, the South-West gpout'
corner of the little Court that has received its name from the stone spout and ^teP-

projecting from its Western wall, and by which the water from the ' East to East
Hall' light area had here found its way to a blind well.1 The structure in astlon-
question may have also partially overlain the area occupied by the so-called
' School Room' above the floor of which, on the West side, several of the
painted stucco fragments were found.

The ' School Room' itself, as we shall see,2 represents a later adapta-
tion of a fore-hall or vestibule of a corridor that brought the Court into
connexion with the fine architectural complex of the ' Domestic Quarter'.

On its Northern side this little Court gave access to a stepway leading
down the slope and finding its exit in the ' East Bastion ' below. It thus
afforded access to the comparatively level tract, with its ancient olive grove,
bordering the stream beyond, already referred to as an ideal site for the
' Dancing Ground of Ariadne'. If the Minoan ' bull-ring ' or arena, with its
grand stands, also stood—as seems most likely—somewhere in the same
direction, the choice of the ' Taureador Frescoes' to decorate the walls of