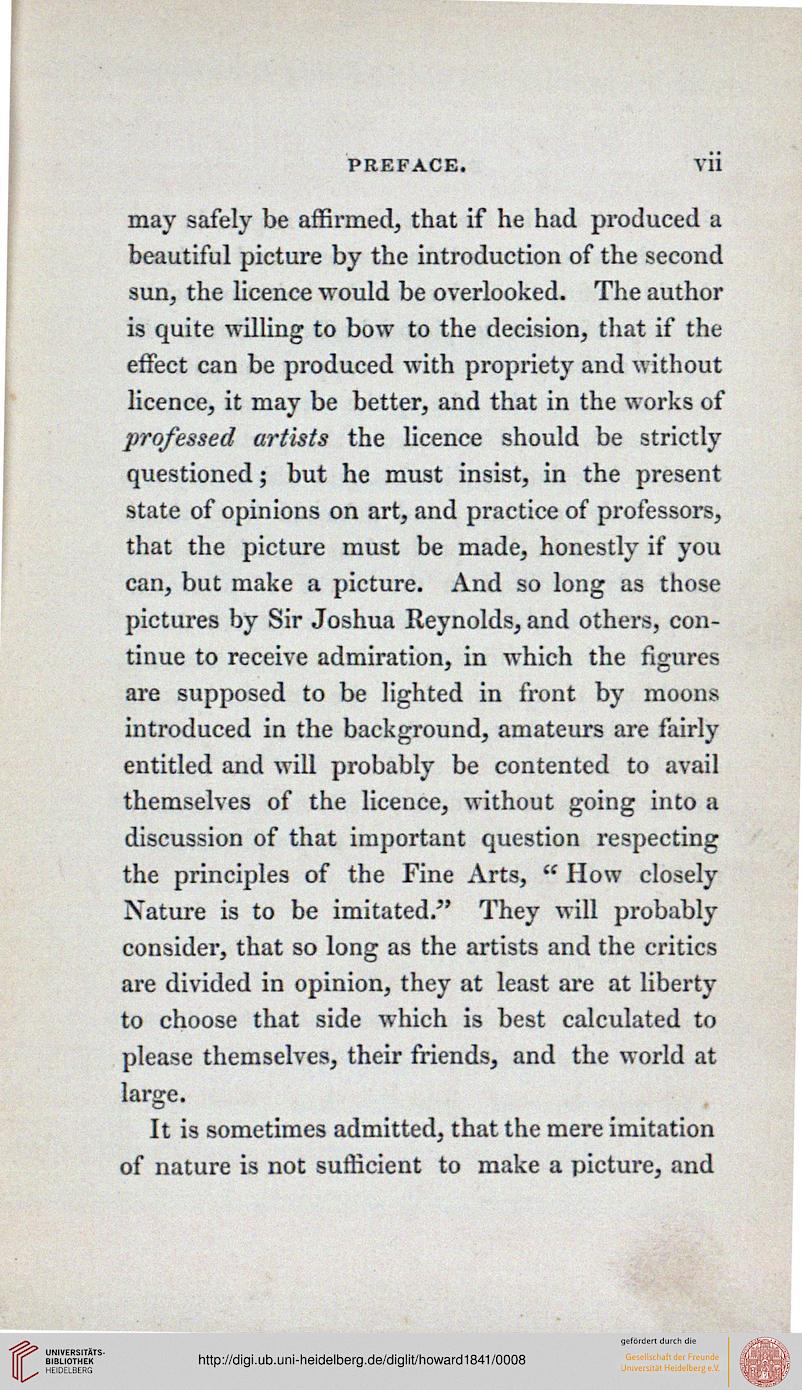 may safely be affirmed, that if he had produced a
beautiful picture by the introduction of the second
sun, the licence would be overlooked. The author
is quite willing to bow to the decision, that if the
effect can be produced with propriety and without
licence, it may be better, and that in the works of
professed artists the licence should be strictly
questioned; but he must insist, in the present
state of opinions on art, and practice of professors,
that the picture must be made, honestly if you
can, but make a picture. And so long as those
pictures by Sir Joshua Reynolds, and others, con-
tinue to receive admiration, in which the figures
are supposed to be lighted in front by moons
introduced in the background, amateurs are fairly
entitled and will probably be contented to avail
themselves of the licence, without going into a
discussion of that important question respecting
the principles of the Fine Arts, " How closely
Nature is to be imitated." They will probably
consider, that so long as the artists and the critics
are divided in opinion, they at least are at liberty
to choose that side which is best calculated to
please themselves, their friends, and the world at
large.

It is sometimes admitted, that the mere imitation
of nature is not sufficient to make a picture, and