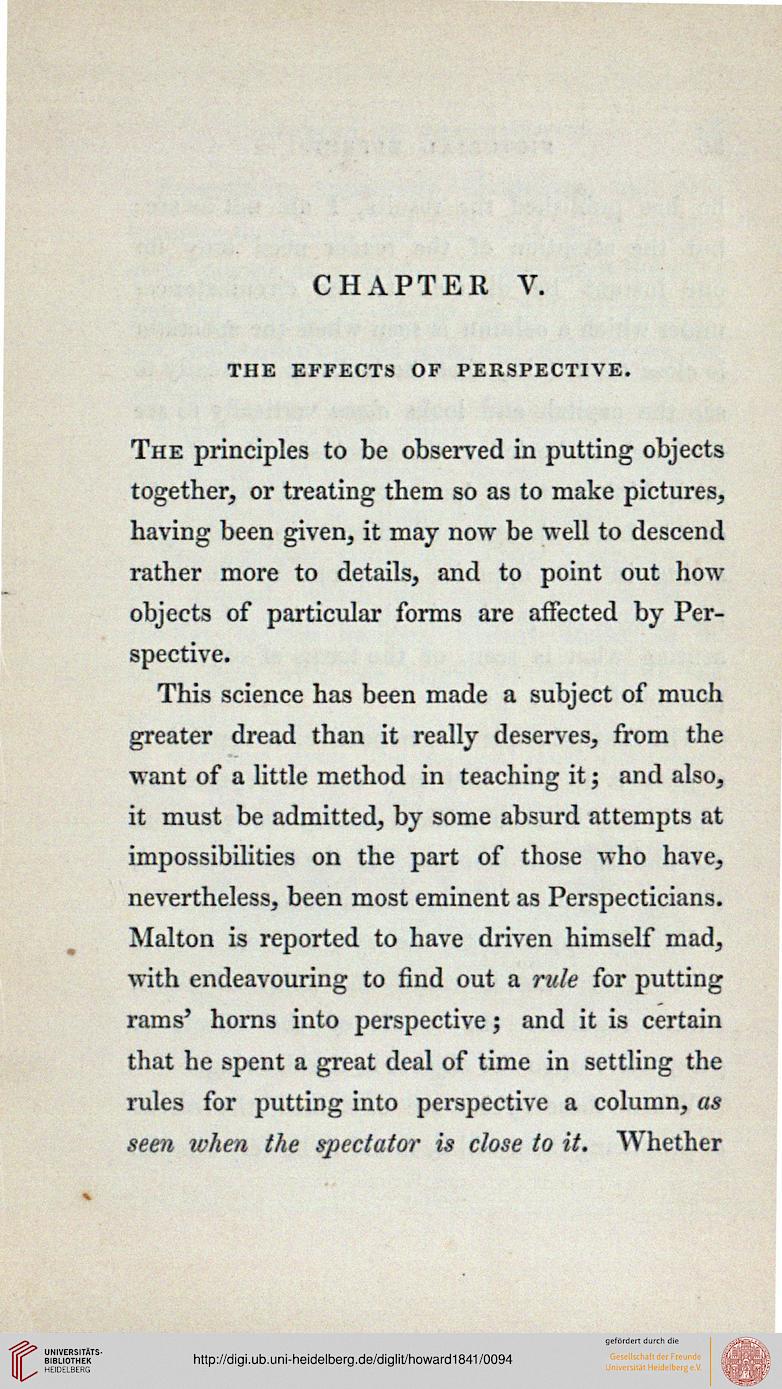 THE EFFECTS OF PERSPECTIVE.

The principles to be observed in putting objects
together, or treating them so as to make pictures,
having been given, it may now be well to descend
rather more to details, and to point out how
objects of particular forms are affected by Per-
spective.

This science has been made a subject of much
greater dread than it really deserves, from the
want of a little method in teaching it; and also,
it must be admitted, by some absurd attempts at
impossibilities on the part of those who have,
nevertheless, been most eminent as Perspecticians.
Malton is reported to have driven himself mad,
with endeavouring to find out a ride for putting
rams' horns into perspective; and it is certain
that he spent a great deal of time in settling the
rules for putting into perspective a column, as
seen when the spectator is close to it. Whether