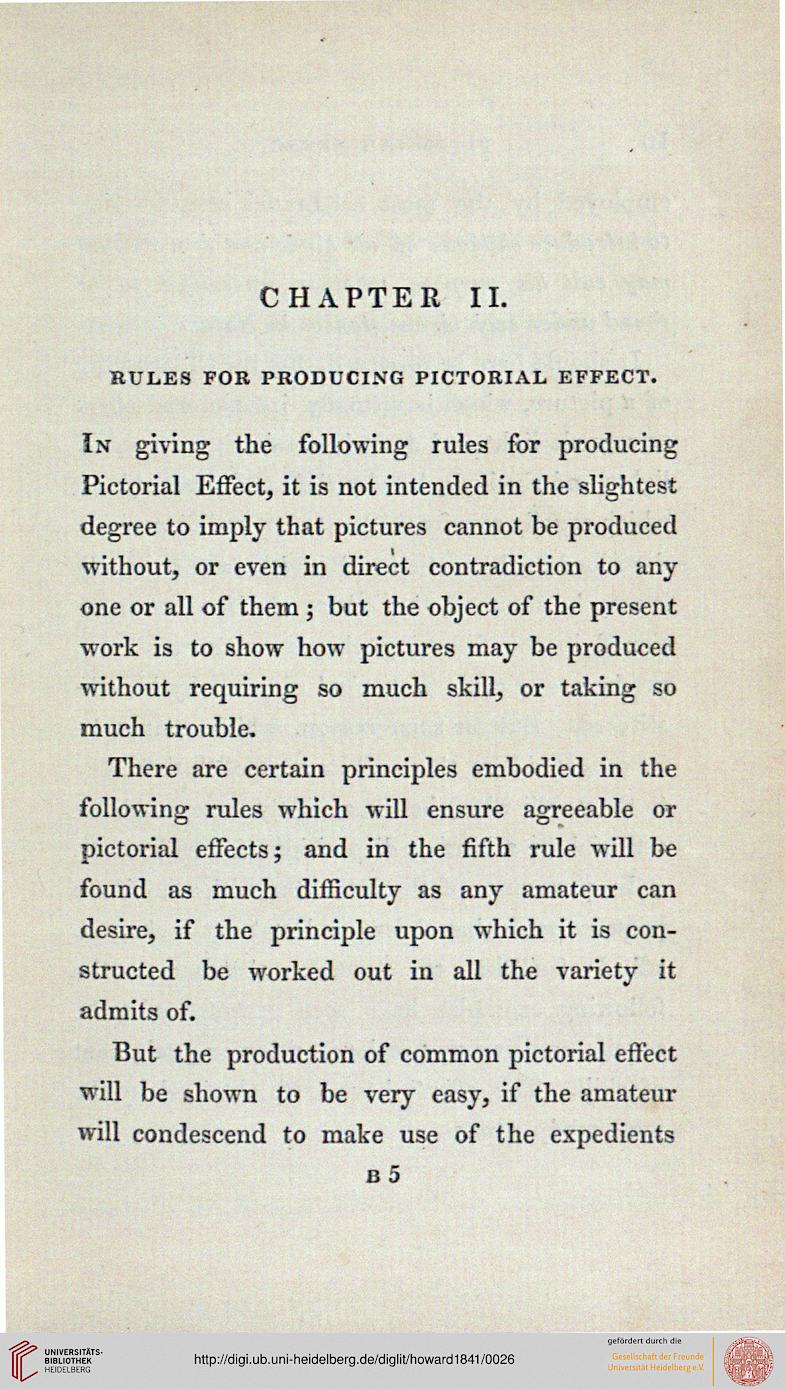 In giving the following rules for producing
Pictorial Effect, it is not intended in the slightest
degree to imply that pictures cannot be produced
without, or even in direct contradiction to any
one or all of them ; but the object of the present
work is to show how pictures may be produced
without requiring so much skill, or taking so
much trouble.

There are certain principles embodied in the
following rules which will ensure agreeable or
pictorial effects; and in the fifth rule will be
found as much difficulty as any amateur can
desire, if the principle upon which it is con-
structed be worked out in all the variety it
admits of.

But the production of common pictorial effect
will be shown to be very easy, if the amateur
will condescend to make use of the expedients