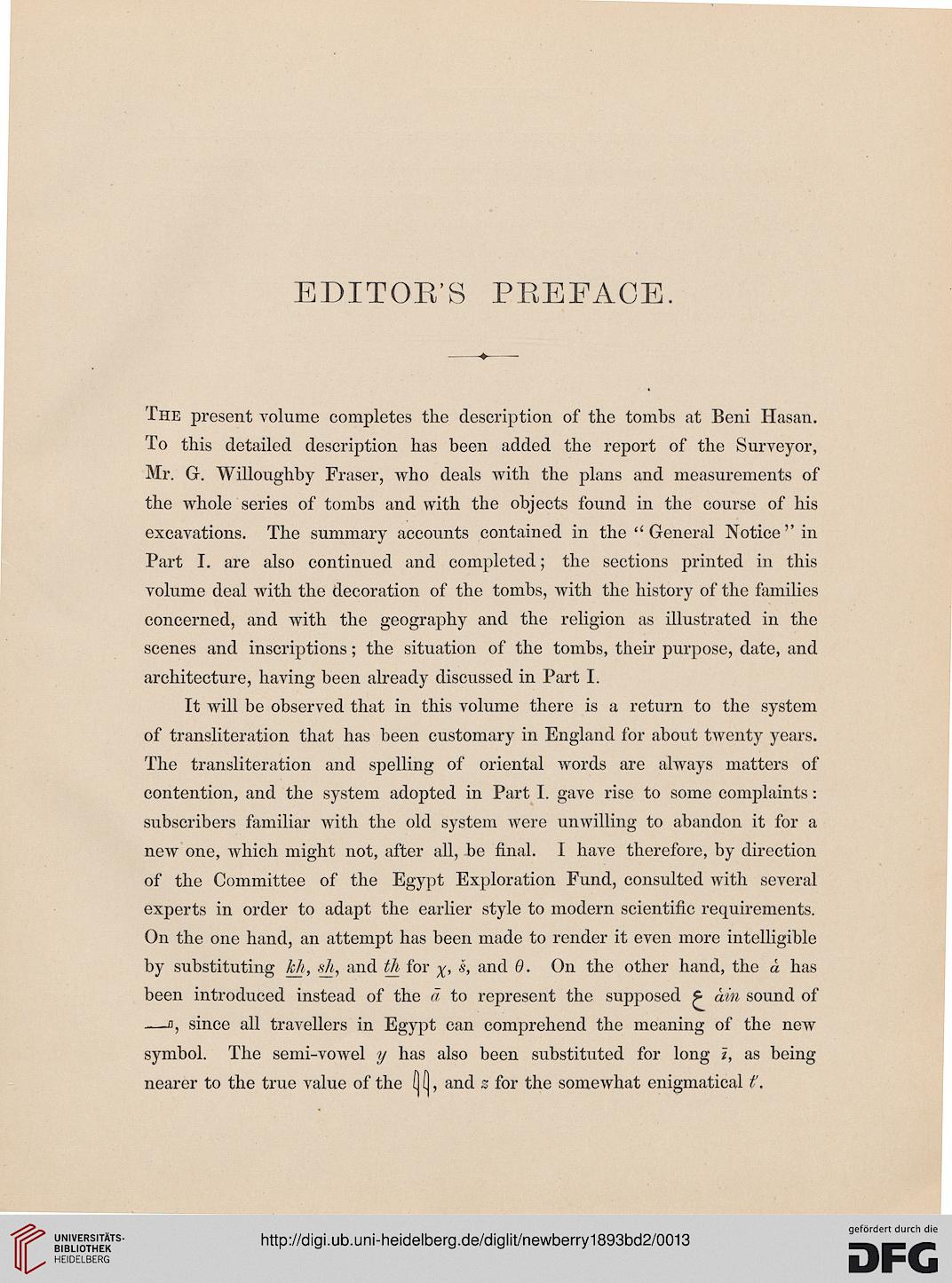 The present volume completes the description of the tombs at Beni Hasan.
To this detailed description has been added the report of the Surveyor,
Mr. G. Willoughby Fraser, who deals with the plans and measurements of
the whole series of tombs and with the objects found in the course of his
excavations. The summary accounts contained in the " General Notice "in
Part I. are also continued and completed; the sections printed in this
volume deal with the decoration of the tombs, with the history of the families
concerned, and with the geography and the religion as illustrated in the
scenes and inscriptions; the situation of the tombs, their purpose, date, and
architecture, having been already discussed in Part I.

It will be observed that in this volume there is a return to the system
of transliteration that has been customary in England for about twenty years.
The transliteration and spelling of oriental words are always matters of
contention, and the system adopted in Part I. gave rise to some complaints:
subscribers familiar with the old system were unwilling to abandon it for a
new one, which might not, after all, be final. I have therefore, by direction
of the Committee of the Egypt Exploration Fund, consulted with several
experts in order to adapt the earlier style to modern scientific requirements.
On the one hand, an attempt has been made to render it even more intelligible
by substituting kh, sh, and th for ^, s, and 6. On the other hand, the a has
been introduced instead of the a to represent the supposed £ ain sound of
—o, since all travellers in Egypt can comprehend the meaning of the new
symbol. The semi-vowel y has also been substituted for long i, as being
nearer to the true value of the 0 fl, and s for the somewhat enigmatical f.