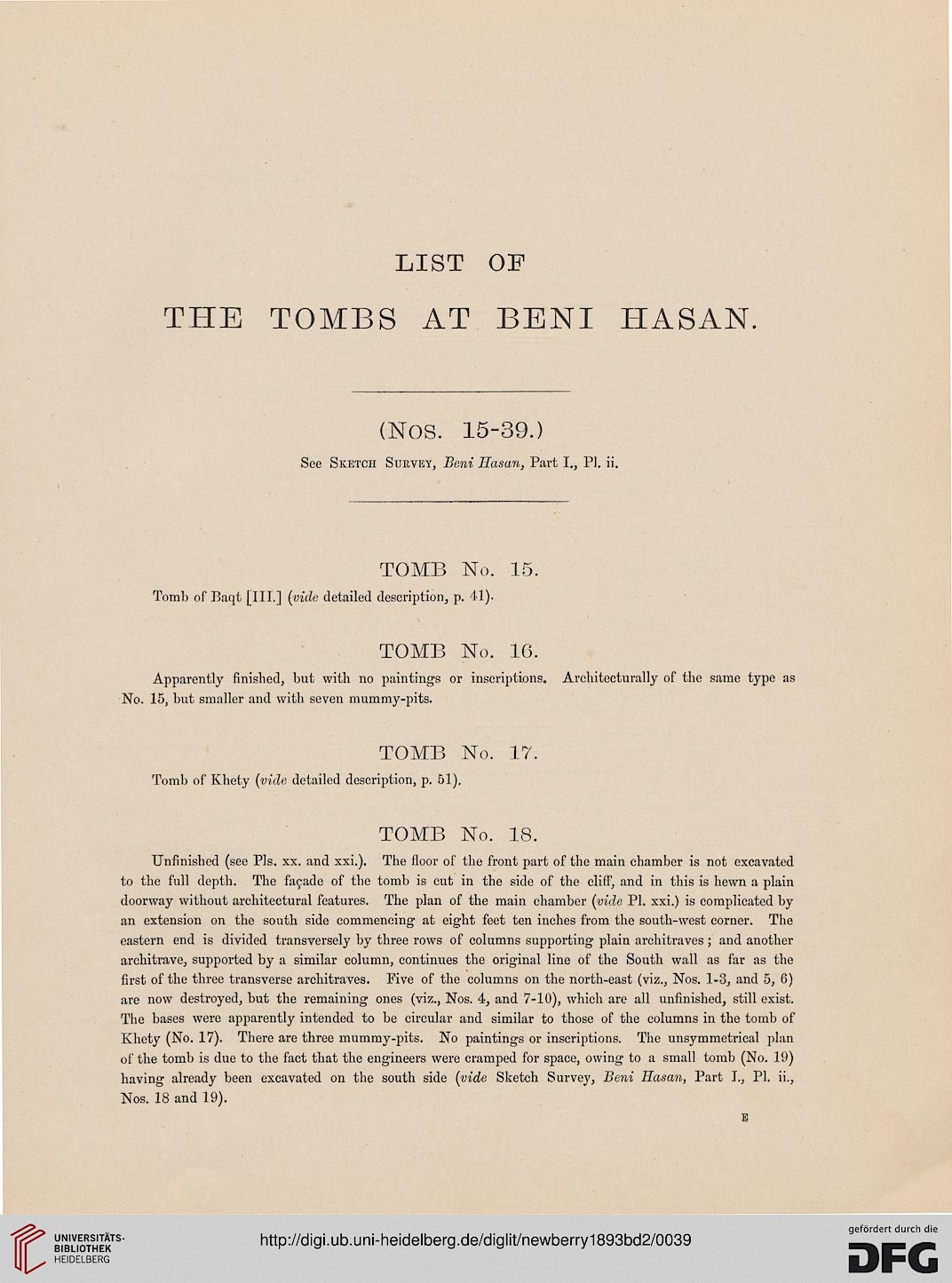 THE TOMBS AT BENI HASAN.

Apparently finished, but with no paintings or inscriptions. Architecturally of the same type as
No. 15, but smaller and with seven mummy-pits.

Unfinished (see Pis. xx. and xxi.). The floor of the front part of the main chamber is not excavated
to the full depth. The facade of the tomb is cut in the side of the cliff, and in this is hewn a plain
doorway without architectural features. The plan of the main chamber (vide PI. xxi.) is complicated by
an extension on the south side commencing at eight feet ten inches from the south-west corner. The
eastern end is divided transversely by three rows of columns supporting plain architraves ; and another
architrave, supported by a similar column, continues the original line of the South wall as far as the
first of the three transverse architraves. Five of the columns on the north-east (viz., Nos. 1-3, and 5, 6)
are now destroyed, but the remaining ones (viz., Nos. 4, and 7-10), which are all unfinished, still exist.
The bases were apparently intended to be circular and similar to those of the columns in the tomb of
Khety (No. 17). There are three mummy-pits. No paintings or inscriptions. The unsymmetrical plan
of the tomb is due to the fact that the engineers were cramped for space, owing to a small tomb (No. 19)
having already been excavated on the south side (vide Sketch Survey, Beni Hasan, Part I., PI. ii.,
Nos. 18 and 19).