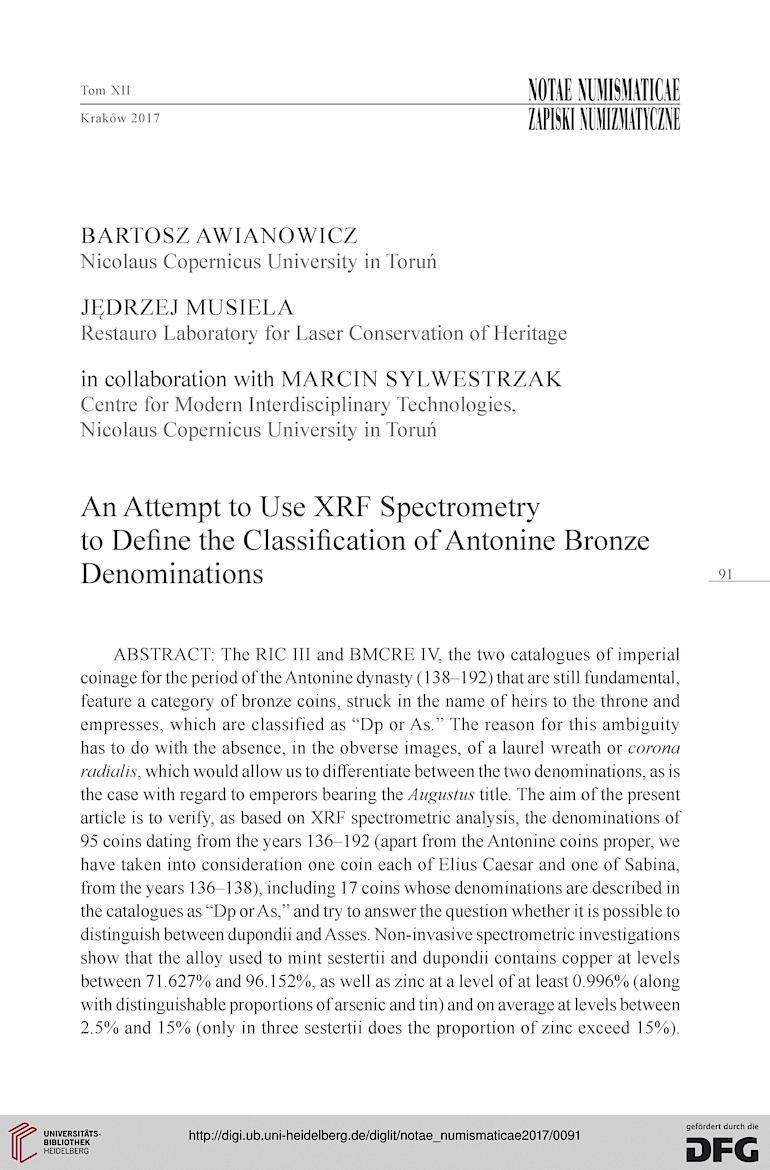 ABSTRACT: The RIC III and BMCRE IV, the two catalogues of imperial
coinage for the period of the Antoninę dynasty (13 8-192) that are still fundamental,
feature a category of bronze coins, struck in the name of heirs to the throne and
empresses, which are classified as “Dp or As.” The reason for this ambiguity
has to do with the absence, in the obverse images, of a laurel wreath or corona
radialis, which would allow us to differentiate between the two denominations, as is
the case with regard to emperors bearing the Augustus title. The aim of the present
article is to verify, as based on XRF spectrometric analysis, the denominations of
95 coins dating from the years 136-192 (apart from the Antoninę coins proper, we
have taken into consideration one coin each of Elius Caesar and one of Sabina,
from the years 136-138), including 17 coins whose denominations are described in
the catalogues as “Dp or As,” and try to answer the question whether it is possible to
distinguish between dupondii and Asses. Non-invasive spectrometric investigations
show that the alloy used to mint sestertii and dupondii contains copper at levels
between 71.627% and 96.152%, as well as zinc at a level of at least 0.996% (along
with distinguishable proportions of arsenie and tin) and on average at levels between
2.5% and 15% (only in three sestertii does the proportion of zinc exceed 15%).