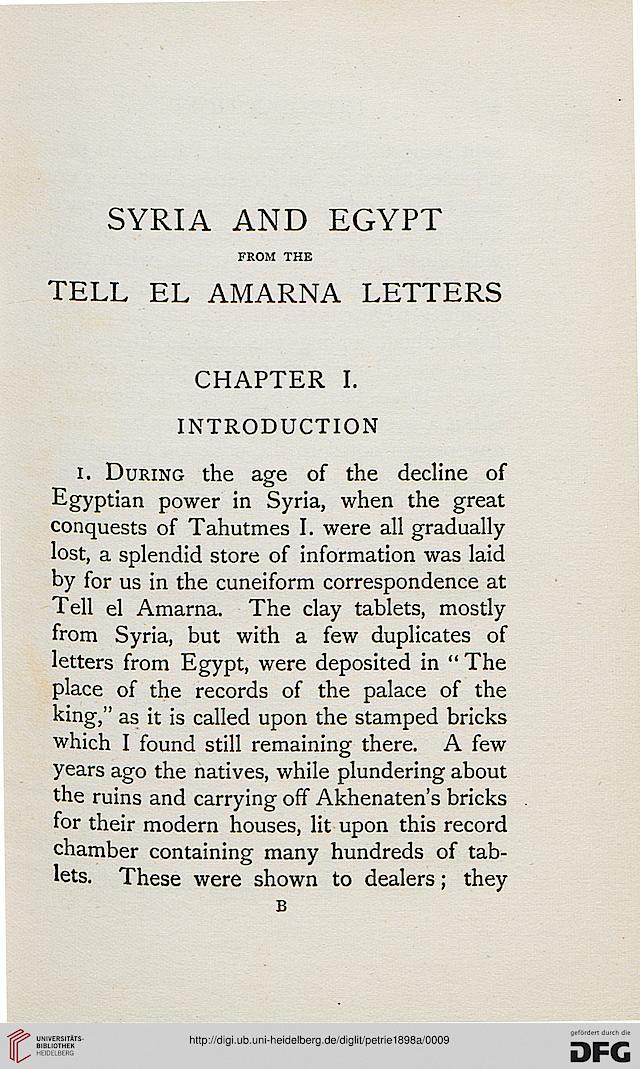 i. During the age of the decline of
Egyptian power in Syria, when the great
conquests of Tahutmes I. were all gradually
lost, a splendid store of information was laid
by for us in the cuneiform correspondence at
Tell el Amarna. The clay tablets, mostly
from Syria, but with a few duplicates of
letters from Egypt, were deposited in " The
place of the records of the palace of the
king," as it is called upon the stamped bricks
which I found still remaining there. A few
years ago the natives, while plundering about
the ruins and carrying off Akhenaten's bricks
for their modern nouses, lit upon this record
chamber containing many hundreds of tab-
lets. These were shown to dealers; they