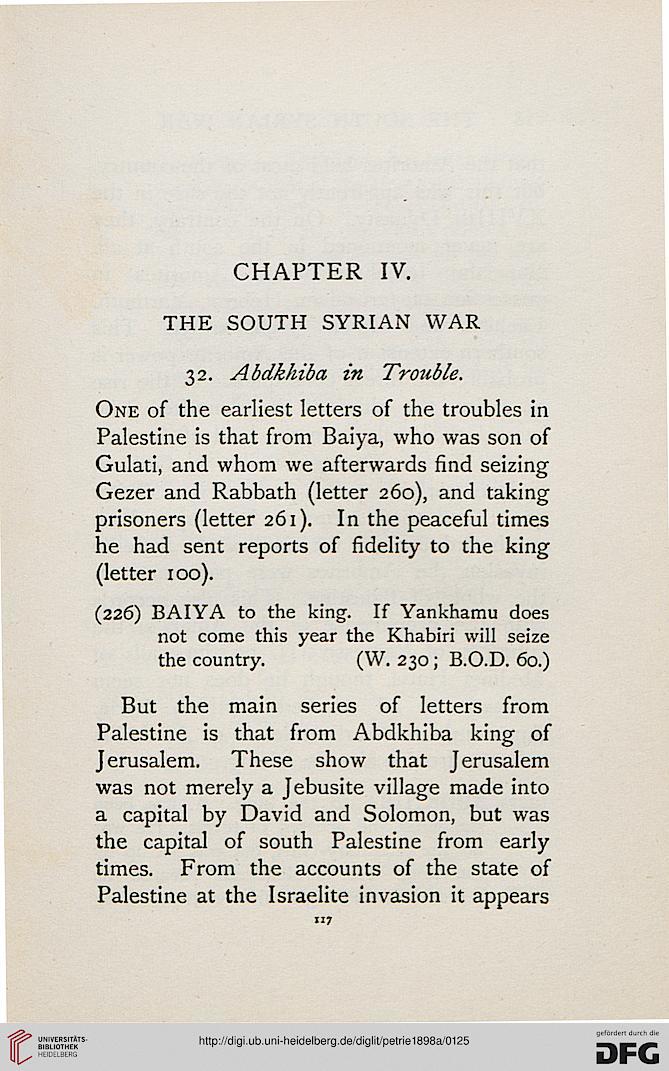 One of the earliest letters of the troubles in
Palestine is that from Baiya, who was son of
Gulati, and whom we afterwards find seizing
Gezer and Rabbath (letter 260), and taking
prisoners (letter 261). In the peaceful times
he had sent reports of fidelity to the king
(letter 100).

But the main series of letters from
Palestine is that from Abdkhiba king of
Jerusalem. These show that Jerusalem
was not merely a Jebusite village made into
a capital by David and Solomon, but was
the capital of south Palestine from early
times. From the accounts of the state of
Palestine at the Israelite invasion it appears