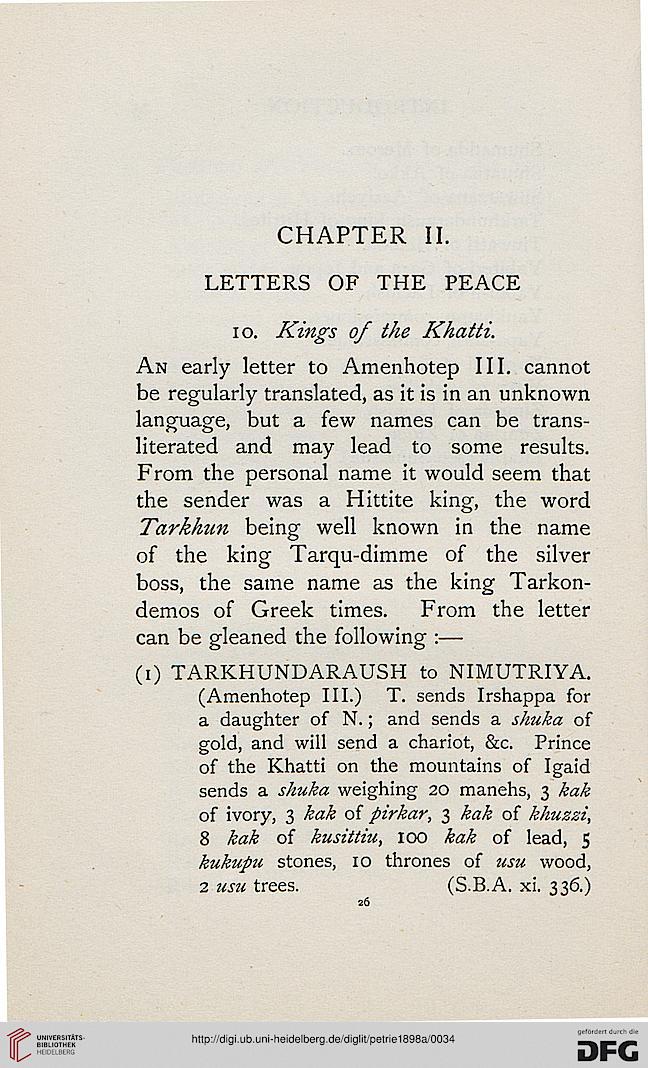 Information about OCR text
CHAPTER II.
LETTERS OF THE PEACE

An early letter to Amenhotep III. cannot
be regularly translated, as it is in an unknown
language, but a few names can be trans-
literated and may lead to some results.
From the personal name it would seem that
the sender was a Hittite king, the word
Tarkhun being well known in the name
of the king Tarqu-dimme of the silver
boss, the same name as the king Tarkon-
demos of Greek times. From the letter
can be gleaned the following :—