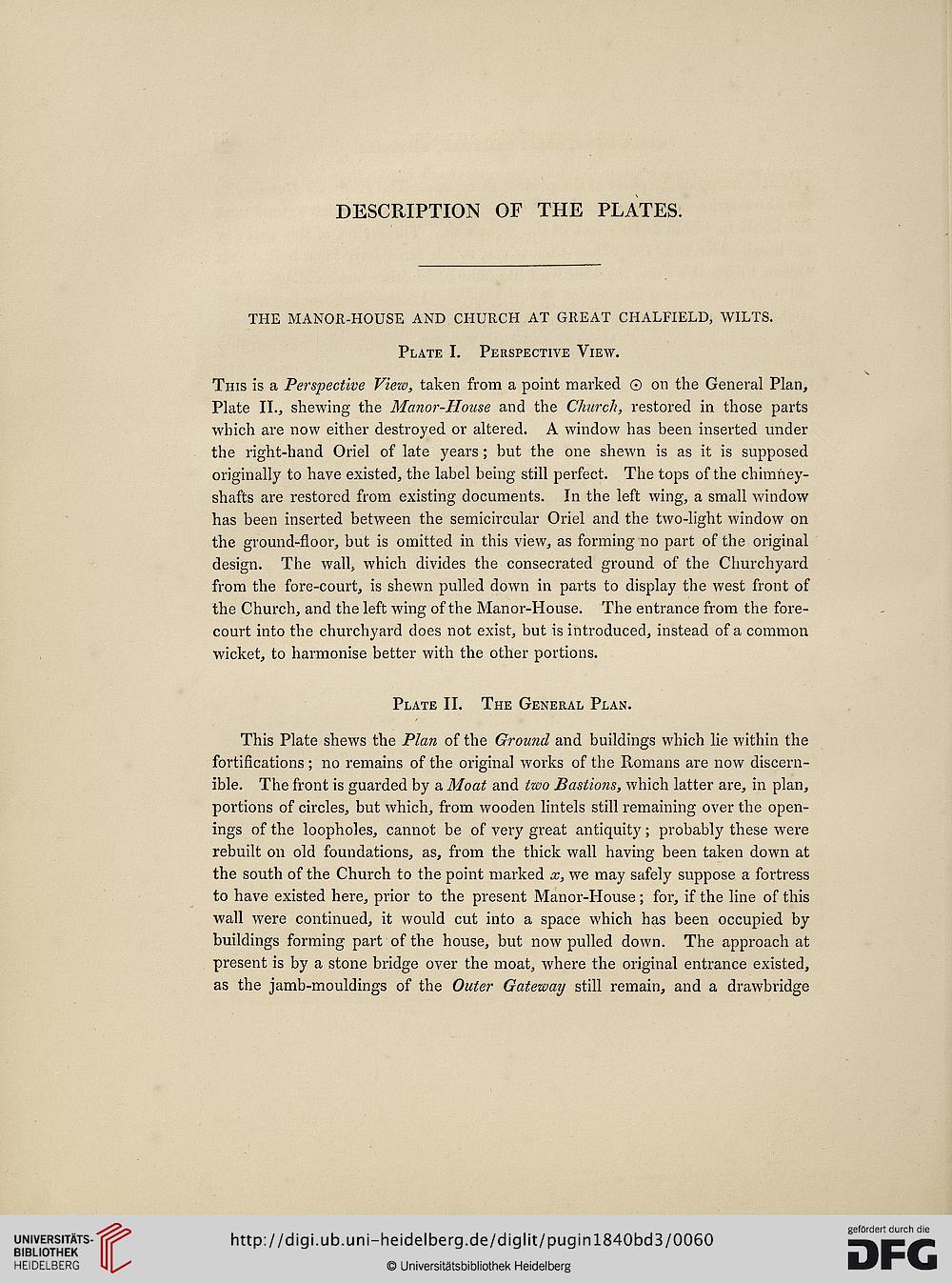 THE MANOR-HOUSE AND CHURCH AT GREAT CHALFIELD, WILTS.

Tiiis is a Perspective View, taken from a point marked 0 on the General Plan,
Plate II., shewing the Manor-House and the CJiurch, restored in those parts
which are now either destroyed or altered. A window has been inserted under
the right-hand Oriel of late years ; but the one shewn is as it is supposed
originally to have existed, the label being still perfect. The tops of the chimney-
shafts are restored from existing documents. In the left wing, a small window
has been inserted between the semicircular Oriel and the two-light window on
the ground-floor, but is omitted in this view, as forming no part of the original
design. The wall, which divides the consecrated ground of the Churchyard
from the fore-court, is shewn pulled down in parts to display the west front of
the Church, and the left wing of the Manor-House. The entrance from the fore-
court into the churchyard does not exist, but is introduced, instead of a common
wicket, to harmonise better with the other portions.

This Plate shews the Plan of the Ground and buildings which lie within the
fortifications ; no remains of the original works of the Romans are now discern-
ible. The front is guarded by a Moat and two Bastions, which latter are, in plan,
portions of circles, but which, from wooden lintels still remaining over the open-
ings of the loopholes, cannot be of very great antiquity; probably these were
rebuilt on old foundations, as, from the thick wall having been taken down at
the south of the Church to the point marked x, we may safely suppose a fortress
to have existed here, prior to the present Manor-House; for, if the line of tliis
wall were continued, it would cut into a space which has been occupied by
buildings forming part of the house, but now pulled down. The approach at
present is by a stone bridge over the moat, where the original entrance existed,
as the jamb-mouldings of the Outer Gateway still remain, and a drawbridge