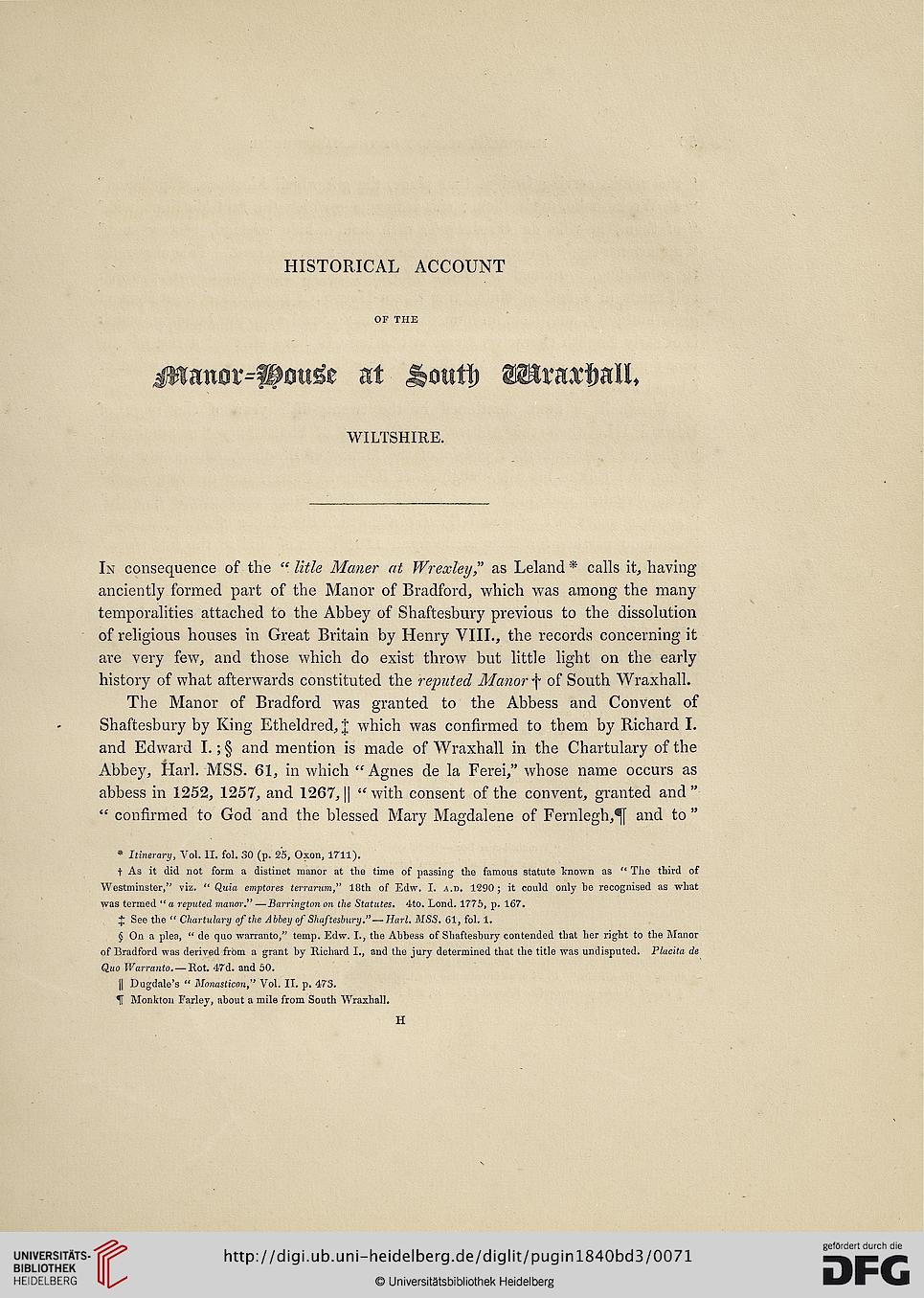 In consequence of the “ litle Mcmer at Wrexley,” as Leland * calls it, having
anciently formed part of the Manor of Bradford, which was among the many
temporalities attached to the Abbey of Shaftesbury previous to the dissolution
of religious houses in Great Britain by Henry VIII., the records concerning it

are very few, and those which do exist throw but little light on the early

history of what afterwards constituted the reyuted Manor^ of South Wraxhall.

The Manor of Bradford was granted to the Abbess and Convent of
Shaftesbury by King Etheldred, £ which was confirmed to them by Richard I.
and Edward I.; § and mention is made of Wraxhall in the Chartulary of the
Abbey, Harl. MSS. 61, in which “Agnes de la Ferei,” whose name occurs as
abbess in 1252, 1257, and 1267, || “ with consent of the convent, granted and ”
“ confirmed to God and the blessed Mary Magdalene of Fernlegh,*j[ and to ”

§ On a plea, “ de quo warranto,” temp. Edw. I., the Ahhess of Shafteshury contended that her right to the Manor
of Bradford was derived from a grant by Richard I., and the jury determined that the title was undisputed. Plucita de
Quo Warranto. — Rot. 47d. and 50.