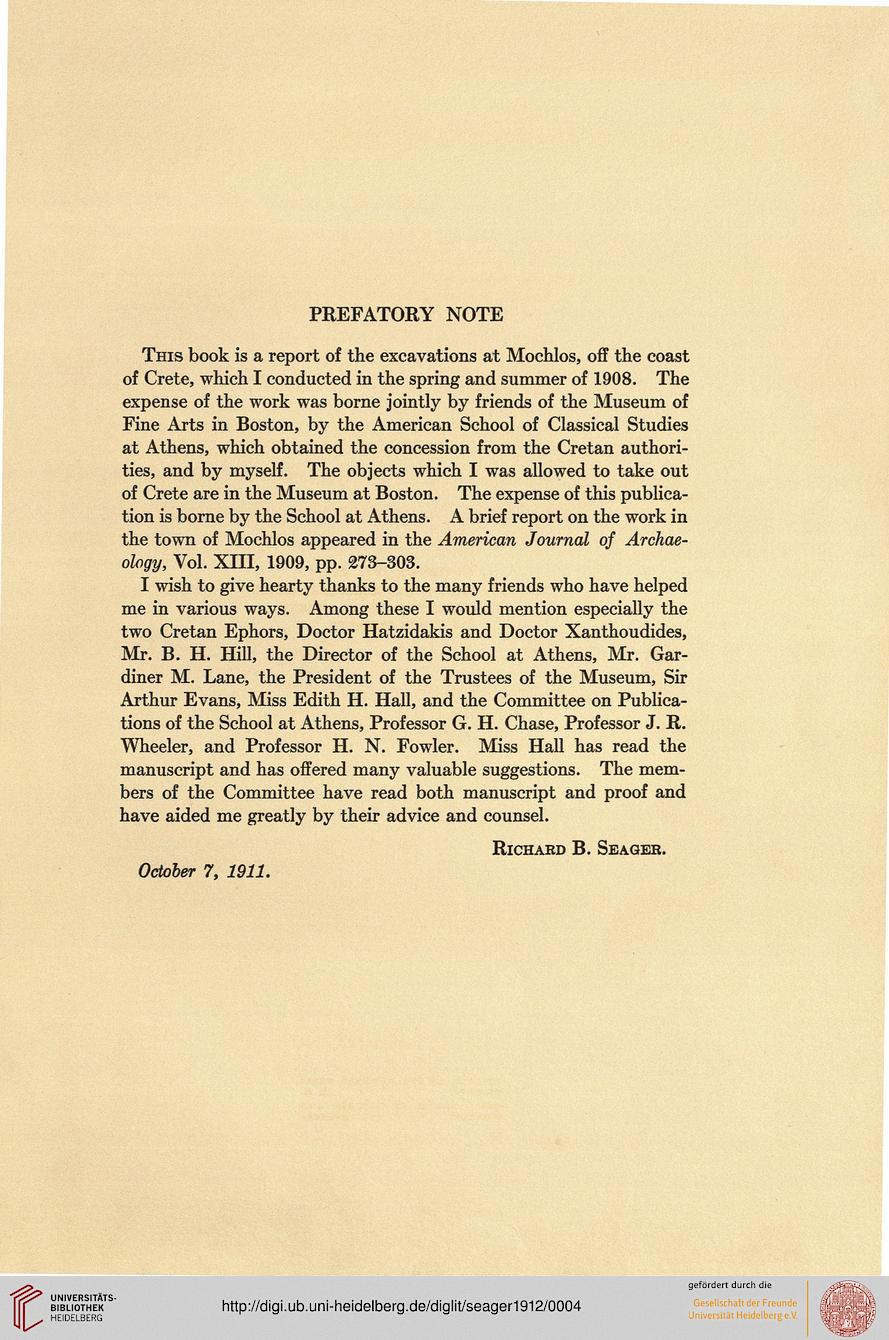 This book is a report of the excavations at Mochlos, off the coast
of Crete, which I conducted in the spring and summer of 1908. The
expense of the work was borne jointly by friends of the Museum of
Fine Arts in Boston, by the American School of Classical Studies
at Athens, which obtained the concession from the Cretan authori-
ties, and by myself. The objects which I was allowed to take out
of Crete are in the Museum at Boston. The expense of this publica-
tion is borne by the School at Athens. A brief report on the work in
the town of Mochlos appeared in the American Journal of Archae-
ology, Vol. XIII, 1909, pp. 273-303.

I wish to give hearty thanks to the many friends who have helped
me in various ways. Among these I would mention especially the
two Cretan Ephors, Doctor Hatzidakis and Doctor Xanthoudides,
Mr. B. H. Hill, the Director of the School at Athens, Mr. Gar-
diner M. Lane, the President of the Trustees of the Museum, Sir
Arthur Evans, Miss Edith H. Hall, and the Committee on Publica-
tions of the School at Athens, Professor G. H. Chase, Professor J. R.
Wheeler, and Professor H. N. Fowler. Miss Hall has read the
manuscript and has offered many valuable suggestions. The mem-
bers of the Committee have read both manuscript and proof and
have aided me greatly by their advice and counsel.