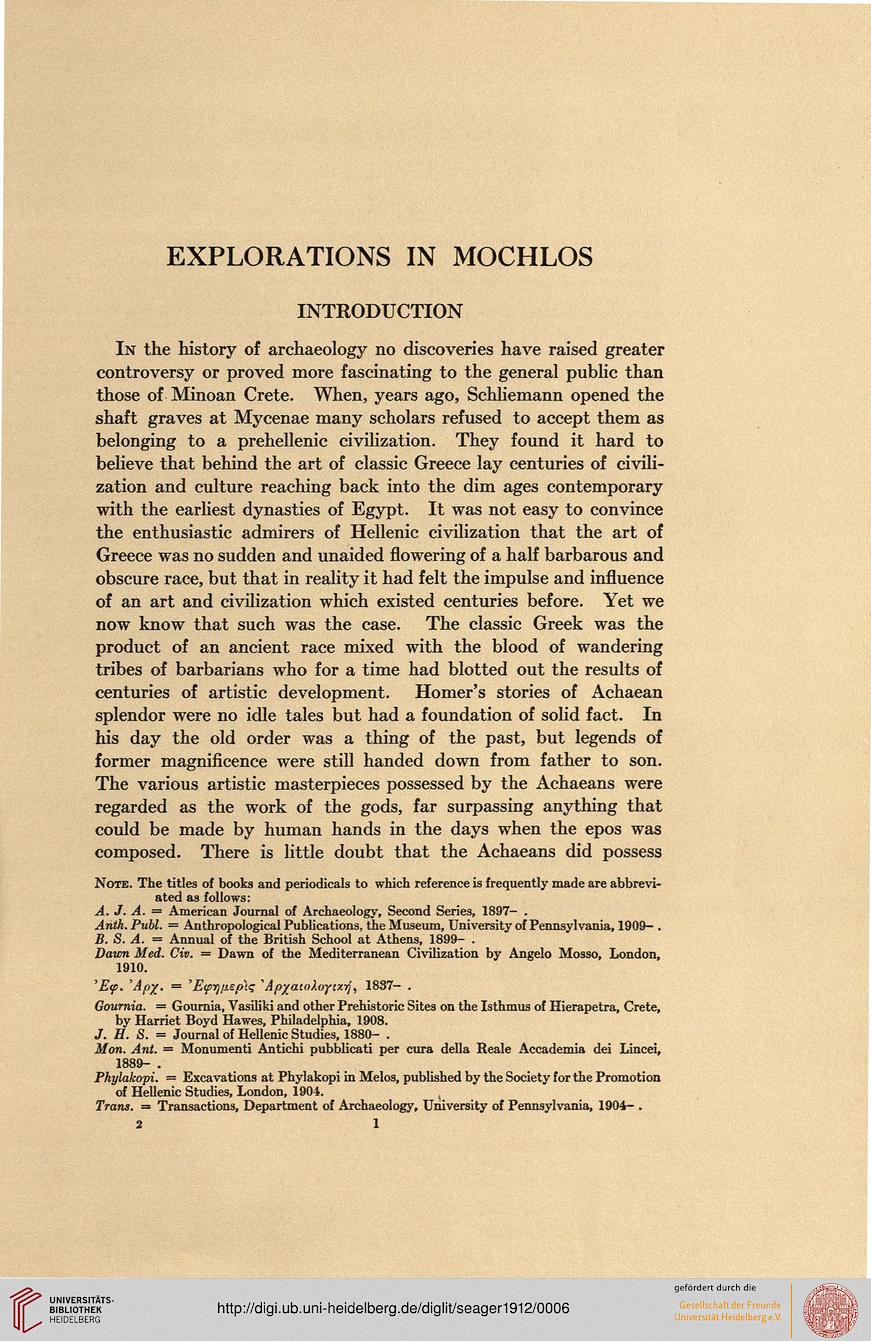 In the history of archaeology no discoveries have raised greater
controversy or proved more fascinating to the general public than
those of Minoan Crete. When, years ago, Schliemann opened the
shaft graves at Mycenae many scholars refused to accept them as
belonging to a prehellenic civilization. They found it hard to
believe that behind the art of classic Greece lay centuries of civili-
zation and culture reaching back into the dim ages contemporary
with the earliest dynasties of Egypt. It was not easy to convince
the enthusiastic admirers of Hellenic civilization that the art of
Greece was no sudden and unaided flowering of a half barbarous and
obscure race, but that in reality it had felt the impulse and influence
of an art and civilization which existed centuries before. Yet we
now know that such was the case. The classic Greek was the
product of an ancient race mixed with the blood of wandering
tribes of barbarians who for a time had blotted out the results of
centuries of artistic development. Homer's stories of Achaean
splendor were no idle tales but had a foundation of solid fact. In
his day the old order was a thing of the past, but legends of
former magnificence were still handed down from father to son.
The various artistic masterpieces possessed by the Achaeans were
regarded as the work of the gods, far surpassing anything that
could be made by human hands in the days when the epos was
composed. There is little doubt that the Achaeans did possess

Note. The titles of books and periodicals to which reference is frequently made are abbrevi-
ated as follows:
A. J. A. = American Journal of Archaeology, Second Series, 1897- .

Gournia. = Gournia, Vasiliki and other Prehistoric Sites on the Isthmus of Hierapetra, Crete,

1889- .
Pkylakopi. = Excavations at Phylakopi in Melos, published by the Society for the Promotion