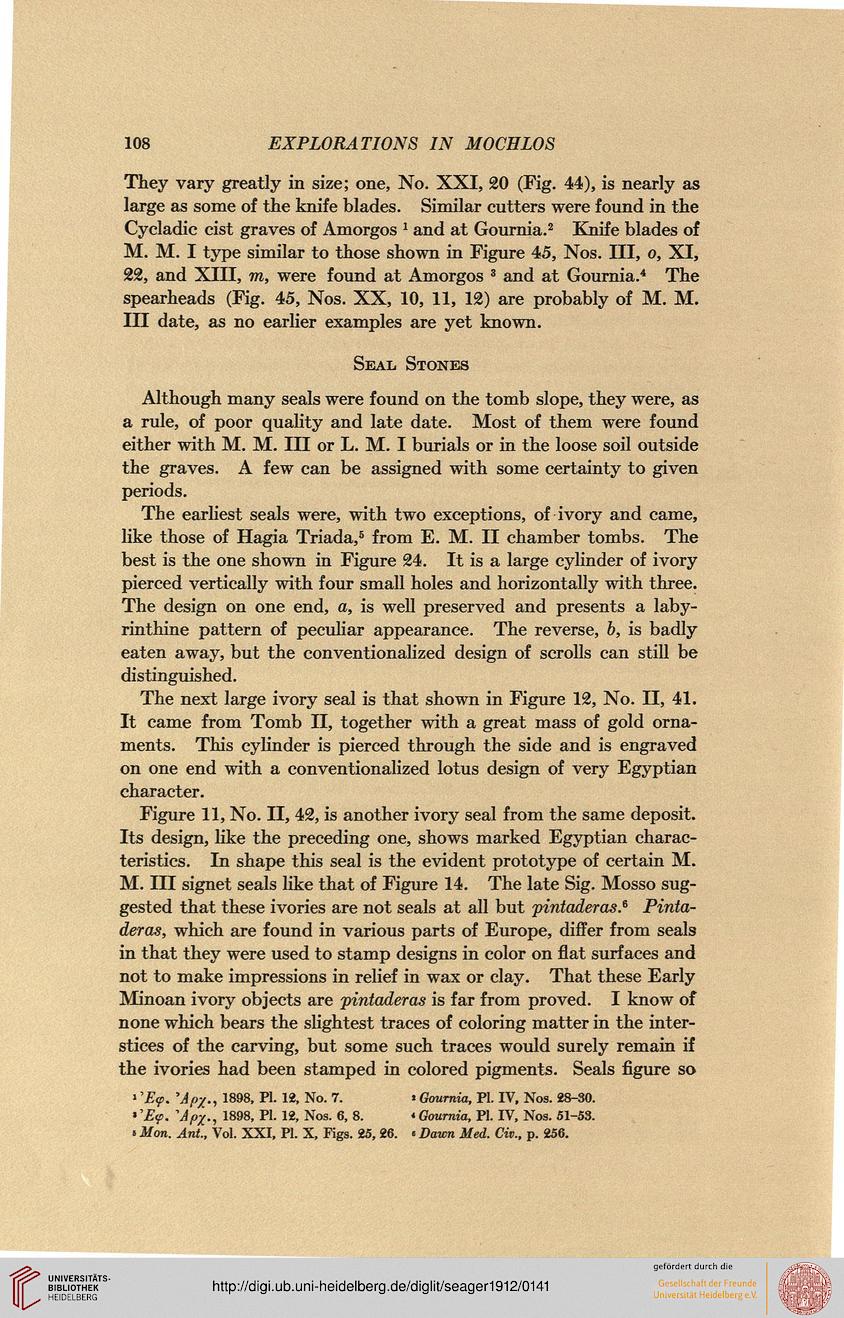 Although many seals were found on the tomb slope, they were, as
a rule, of poor quality and late date. Most of them were found
either with M. M. Ill or L. M. I burials or in the loose soil outside
the graves. A few can be assigned with some certainty to given
periods.

The earliest seals were, with two exceptions, of ivory and came,
like those of Hagia Triada,6 from E. M. II chamber tombs. The
best is the one shown in Figure 24. It is a large cylinder of ivory
pierced vertically with four small holes and horizontally with three.
The design on one end, a, is well preserved and presents a laby-
rinthine pattern of peculiar appearance. The reverse, b, is badly
eaten away, but the conventionalized design of scrolls can still be
distinguished.

The next large ivory seal is that shown in Figure 12, No. II, 41.
It came from Tomb II, together with a great mass of gold orna-
ments. This cylinder is pierced through the side and is engraved
on one end with a conventionalized lotus design of very Egyptian
character.

Figure 11, No. II, 42, is another ivory seal from the same deposit.
Its design, like the preceding one, shows marked Egyptian charac-
teristics. In shape this seal is the evident prototype of certain M.
M. Ill signet seals like that of Figure 14. The late Sig. Mosso sug-
gested that these ivories are not seals at all but pintaderas.e Pinta-
deras, which are found in various parts of Europe, differ from seals
in that they were used to stamp designs in color on flat surfaces and
not to make impressions in relief in wax or clay. That these Early
Minoan ivory objects are pintaderas is far from proved. I know of
none which bears the slightest traces of coloring matter in the inter-
stices of the carving, but some such traces would surely remain if
the ivories had been stamped in colored pigments. Seals figure so