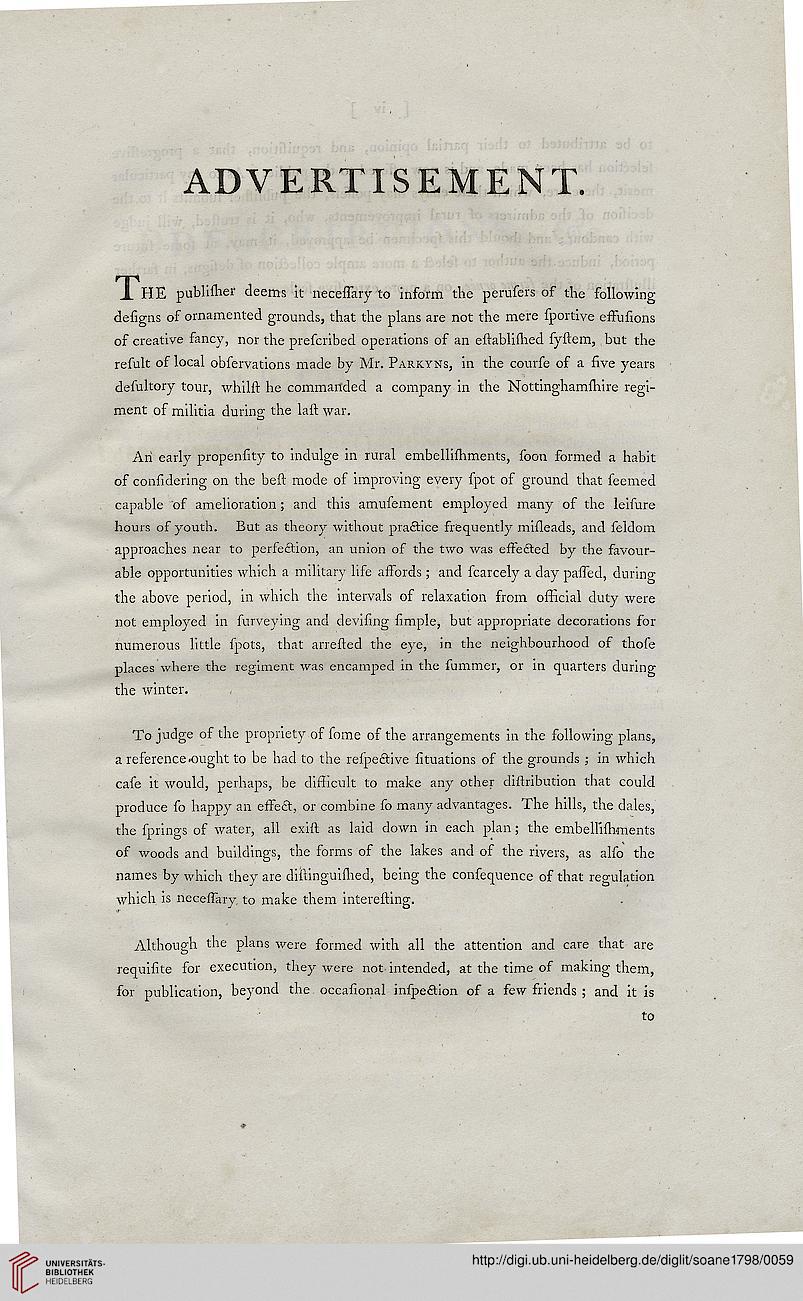 THE publisher deems it necessary to inform the perusers of the following
designs of ornamented grounds, that the plans are not the mere sportive effusions
of creative fancy, nor the prescribed operations of an established system, but the
result of local observations made by Mr. Parkyns, in the course of a five years
desultory tour, whilst he commanded a company in the Nottinghamlhire regi-
ment of militia during the last war.

An early propensity to indulge in rural embellishments, soon formed a habit
of considering on the besit mode of improving every spot of ground that seemed
capable of amelioration; and this amusement employed many of the leisure
hours of youth. But as theory without practice frequently misseads, and seldom
approaches near to perfection, an union of the two was effected by the favour-
able opportunities which a military life affords; and scarcely a day passed, during
the above period, in which the intervals of relaxation from official duty were
not employed in surveying and deviling simple, but appropriate decorations for
numerous little spots, that arrested the eye, in the neighbourhood of those
places where the regiment was encamped in the summer, or in quarters during
the winter.

To judge of the propriety of some of the arrangements in the following plans,
a reference <ought to be had to the respeCtive situations of the grounds ; in which
case it would, perhaps, be difficult to make any other distribution that could
produce so happy an effieCt, or combine so many advantages. The hills, the dales,
the springs of water, all exist as laid down in each plan; the embelsisbments
of woods and buildings, the forms of the lakes and of the rivers, as also the
names by which they are difiinguished, being the consequence of that regulation
which is necessary to make them interefiing.

Although the plans were formed with all the attention and care that are
requisite for execution, they were not intended, at the time of making them,
for publication, beyond the occasional inspeCtion of a few friends ; and it is