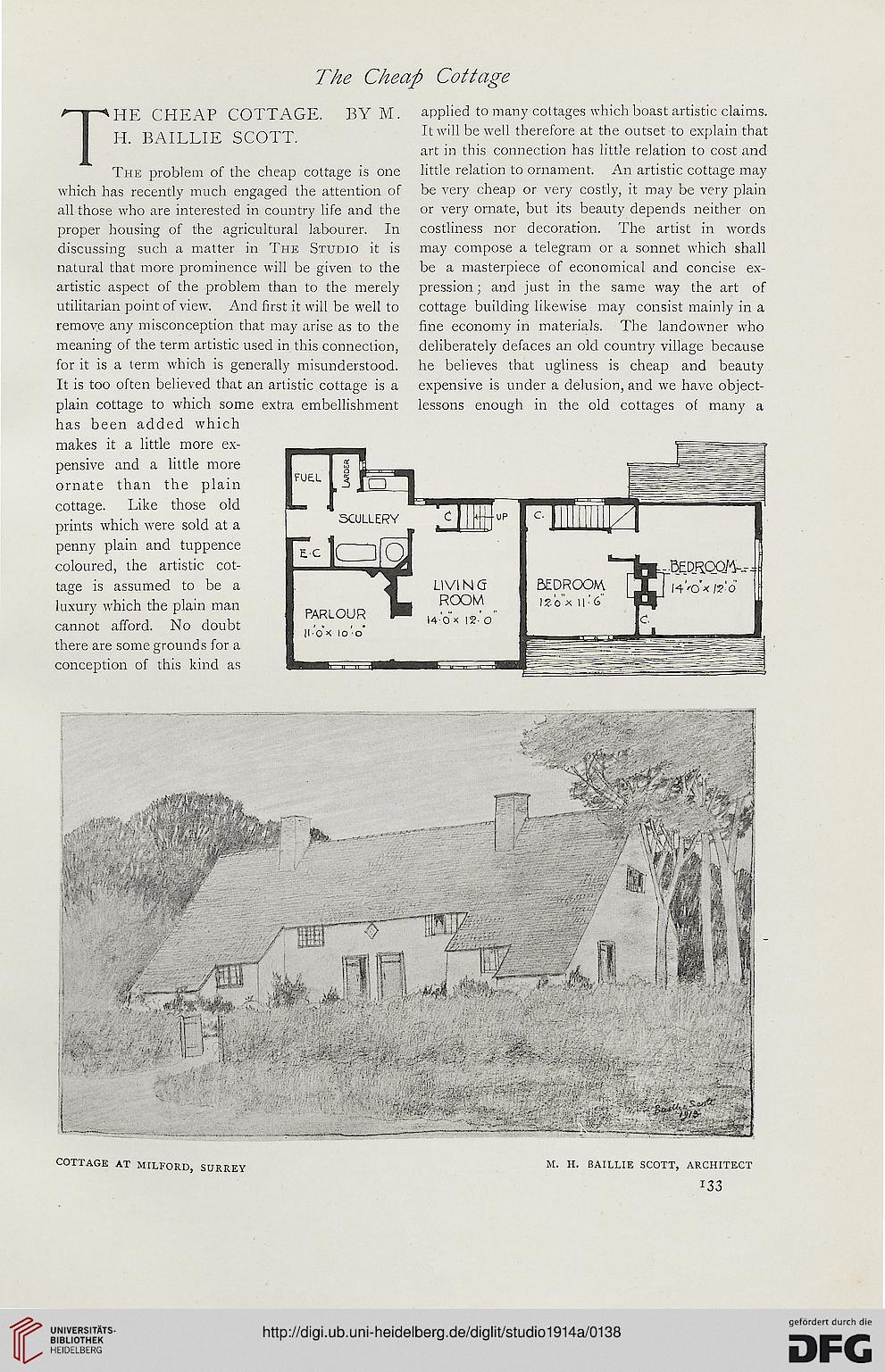 Tj-fg CHEAP COTTAGE. BY M. applied to many cottages which boast artistic claims.
H B^ILLIE SCOTT It will be well therefore at the outset to explain that

art in this connection has little relation to cost and
The problem of the cheap cottage is one little relation to ornament. An artistic cottage may
which has recently much engaged the attention of be very cheap or very costly, it may be very plain
all those who are interested in country life and the or very ornate, but its beauty depends neither on
proper housing of the agricultural labourer. In costliness nor decoration. The artist in words
discussing such a matter in The Studio it is may compose a telegram or a sonnet which shall
natural that more prominence will be given to the be a masterpiece of economical and concise ex-
artistic aspect of the problem than to the merely pression; and just in the same way the art of
utilitarian point of view. And first it will be well to cottage building likewise may consist mainly in a
remove any misconception that may arise as to the fine economy in materials. The landowner who
meaning of the term artistic used in this connection, deliberately defaces an old country village because
for it is a term which is generally misunderstood, he believes that ugliness is cheap and beauty
It is too often believed that an artistic cottage is a expensive is under a delusion, and we have object-
plain cottage to which some extra embellishment lessons enough in the old cottages of many a
has been added which
makes it a little more ex-
pensive and a little more
ornate than the plain
cottage. Like those old
prints which were sold at a
penny plain and tuppence
coloured, the artistic cot-
tage is assumed to be a
luxury which the plain man
cannot afford. No doubt
there are some grounds for a
conception of this kind as