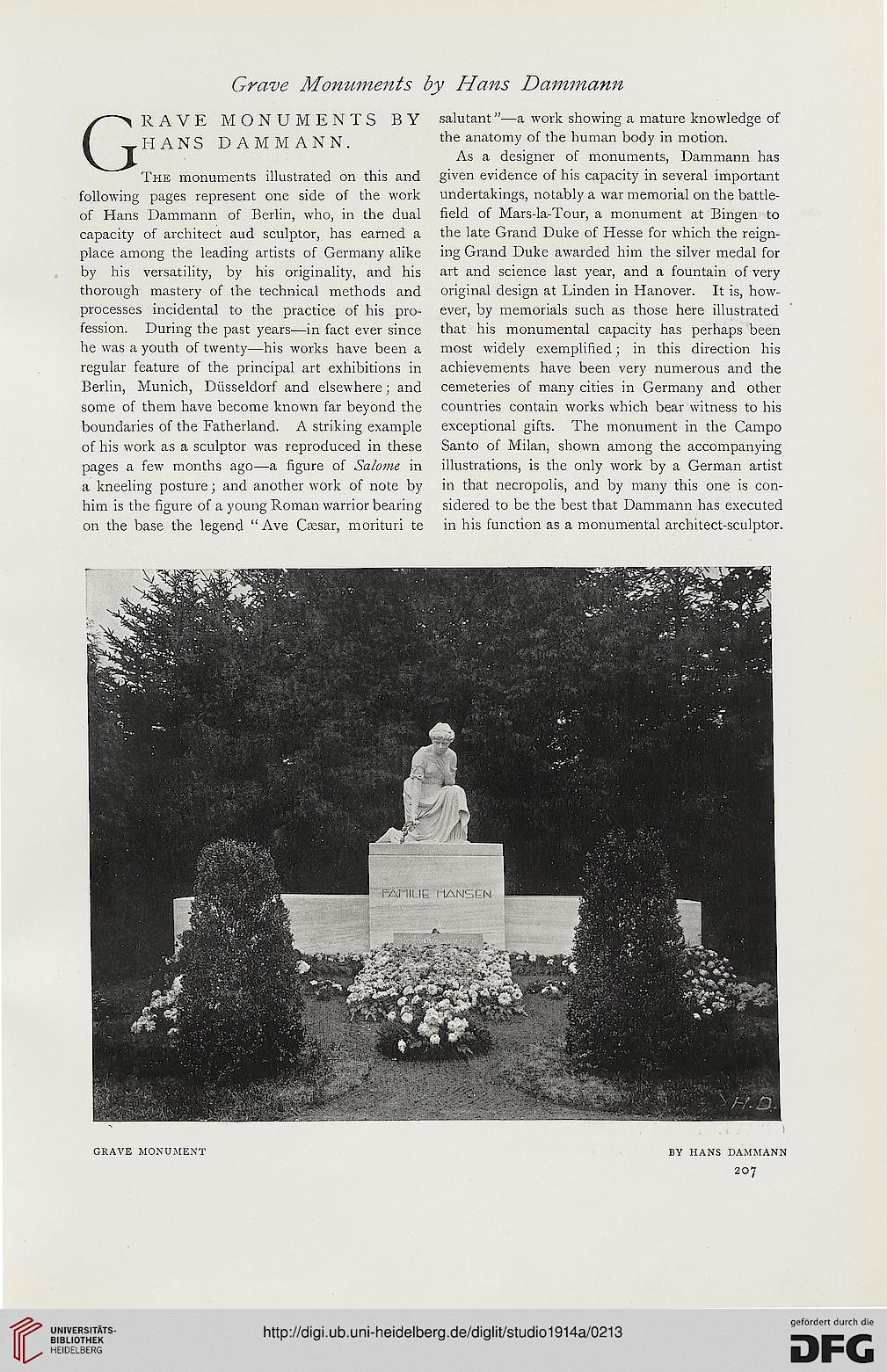 GRAVE MONUMENTS BY salutant"—a work showing a mature knowledge of
HANS DAMMANN ailatomv °f the human body in motion.
As a designer of monuments, Dammann has
The monuments illustrated on this and given evidence of his capacity in several important
following pages represent one side of the work undertakings, notably a war memorial on the battle-
of Hans Dammann of Berlin, who, in the dual field of Mars-la-Tour, a monument at Bingeil to
capacity of architect aud sculptor, has earned a the late Grand Duke of Hesse for which the reign-
place among the leading artists of Germany alike ing Grand Duke awarded him the silver medal for
by his versatility, by his originality, and his art and science last year, and a fountain of very
thorough mastery of the technical methods and original design at Linden in Hanover. It is, how-
processes incidental to the practice of his pro- ever, by memorials such as those here illustrated
fession. During the past years—in fact ever since that his monumental capacity has perhaps been
he was a youth of twenty—his works have been a most widely exemplified ; in this direction his
regular feature of the principal art exhibitions in achievements have been very numerous and the
Berlin, Munich, Diisseldorf and elsewhere; and cemeteries of many cities in Germany and other
some of them have become known far beyond the countries contain works which bear witness to his
boundaries of the Fatherland. A striking example exceptional gifts. The monument in the Campo
of his work as a sculptor was reproduced in these Santo of Milan, shown among the accompanying
pages a few months ago—a figure of Salome in illustrations, is the only work by a German artist
a kneeling posture; and another work of note by in that necropolis, and by many this one is con-
him is the figure of a young Roman warrior bearing sidered to be the best that Dammann has executed
on the base the legend " Ave Ctesar, morituri te in his function as a monumental architect-sculptor.