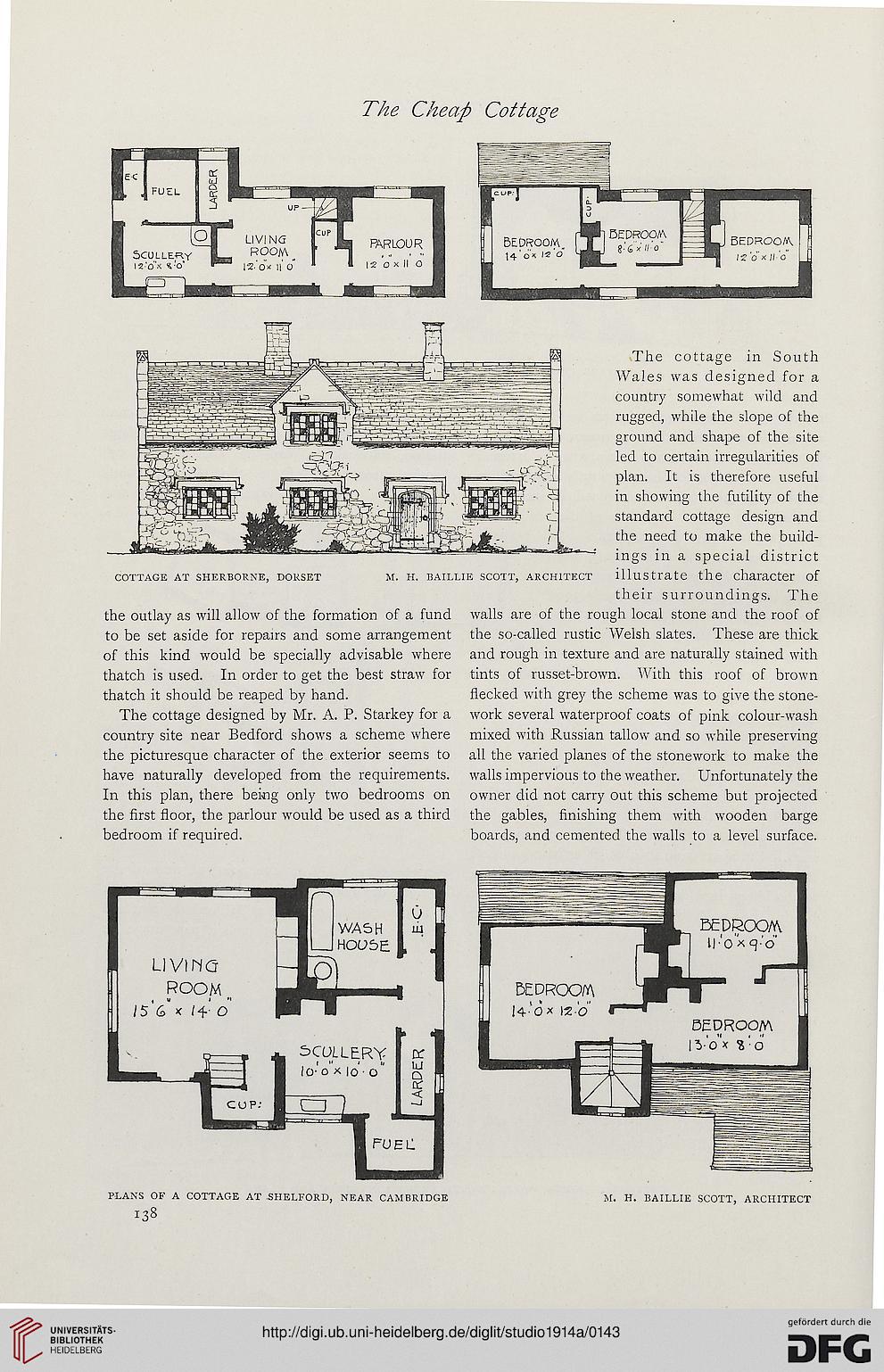 .The cottage in South
Wales was designed for a
country somewhat wild and
rugged, while the slope of the
ground and shape of the site
led to certain irregularities of
plan. It is therefore useful
in showing the futility of the
standard cottage design and
the need to make the build-
*"""■' ings in a special district

to be set aside for repairs and some arrangement the so-called rustic Welsh slates. These are thick

thatch is used. In order to get the best straw for tints of russet-brown. With this roof of brown

thatch it should be reaped by hand. flecked with grey the scheme was to give the stone-

The cottage designed by Mr. A. P. Starkey for a work several waterproof coats of pink colour-wash

have naturally developed from the requirements, walls impervious to the weather. Unfortunately the

In this plan, there being only two bedrooms on owner did not carry out this scheme but projected

the first floor, the parlour would be used as a third the gables, finishing them with wooden barge

bedroom if required. boards, and cemented the walls to a level surface.