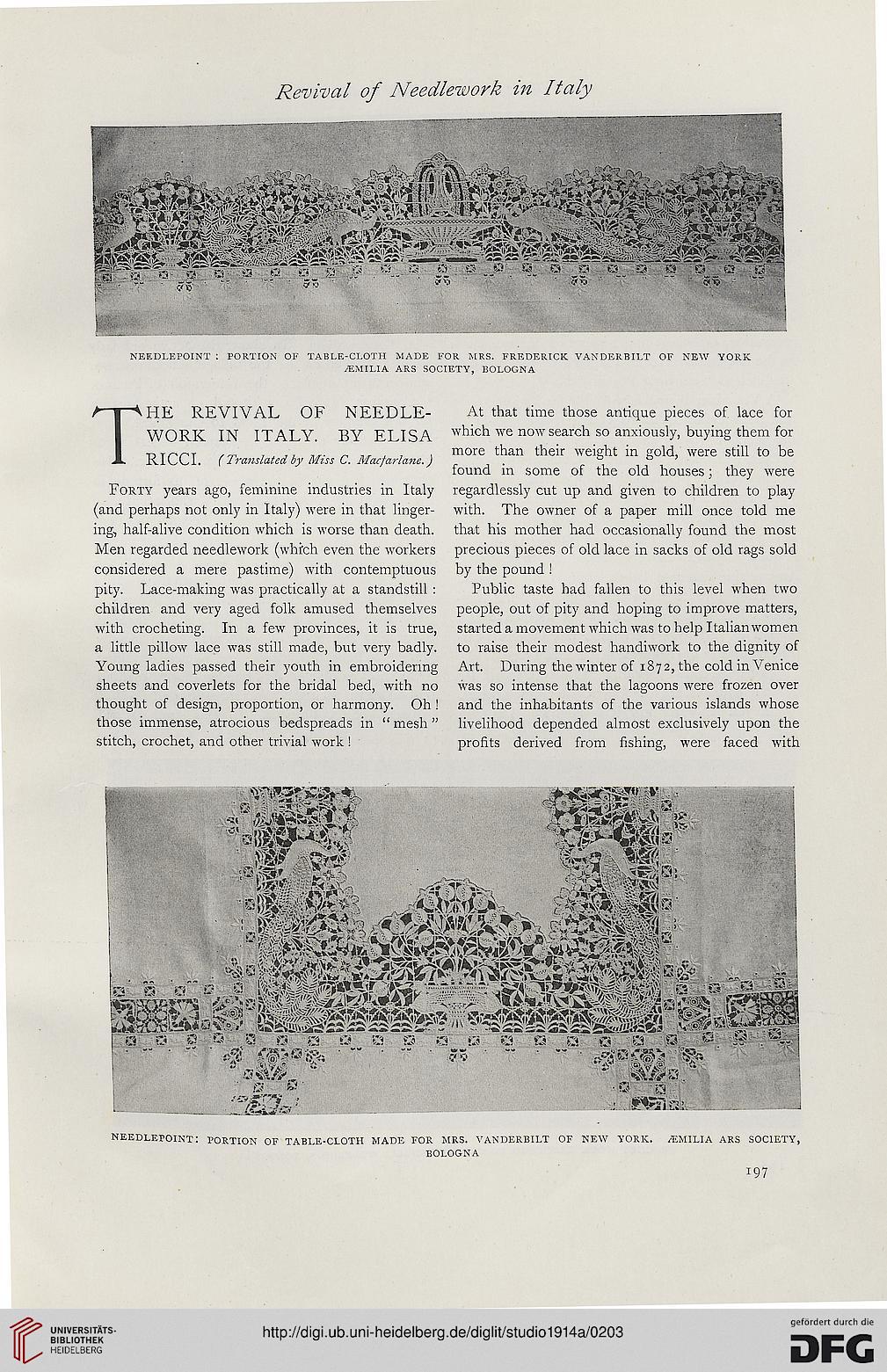 Information about OCR text
Revival of Needlework in Italy

NEEDLEPOINT : PORTION OF TABLE-CLOTH MADE FOR MRS. FREDERICK VANDERBILT OF NEW YORK

THE REVIVAL OF NEEDLE-
WORK IN ITALY. BY ELISA
RICCI. ( Translated by Miss C. Macfarlane.)

Forty years ago, feminine industries in Italy
(and perhaps not only in Italy) were in that linger-
ing, half-alive condition which is worse than death.
Men regarded needlework (which even the workers
considered a mere pastime) with contemptuous
pity. Lace-making was practically at a standstill :
children and very aged folk amused themselves
with crocheting. In a few provinces, it is true,
a little pillow lace was still made, but very badly.
Young ladies passed their youth in embroidering
sheets and coverlets for the bridal bed, with no
thought of design, proportion, or harmony. Oh !
those immense, atrocious bedspreads in " mesh "
stitch, crochet, and other trivial work !

At that time those antique pieces of lace for
which we now search so anxiously, buying them for
more than their weight in gold, were still to be
found in some of the old houses; they were
regardlessly cut up and given to children to play
with. The owner of a paper mill once told me
that his mother had occasionally found the most
precious pieces of old lace in sacks of old rags sold
by the pound !

Public taste had fallen to this level when two
people, out of pity and hoping to improve matters,
started a movement which was to help Italian women
to raise their modest handiwork to the dignity of
Art. During the winter of 1872, the cold in Venice
was so intense that the lagoons were frozen over
and the inhabitants of the various islands whose
livelihood depended almost exclusively upon the
profits derived from fishing, were faced with