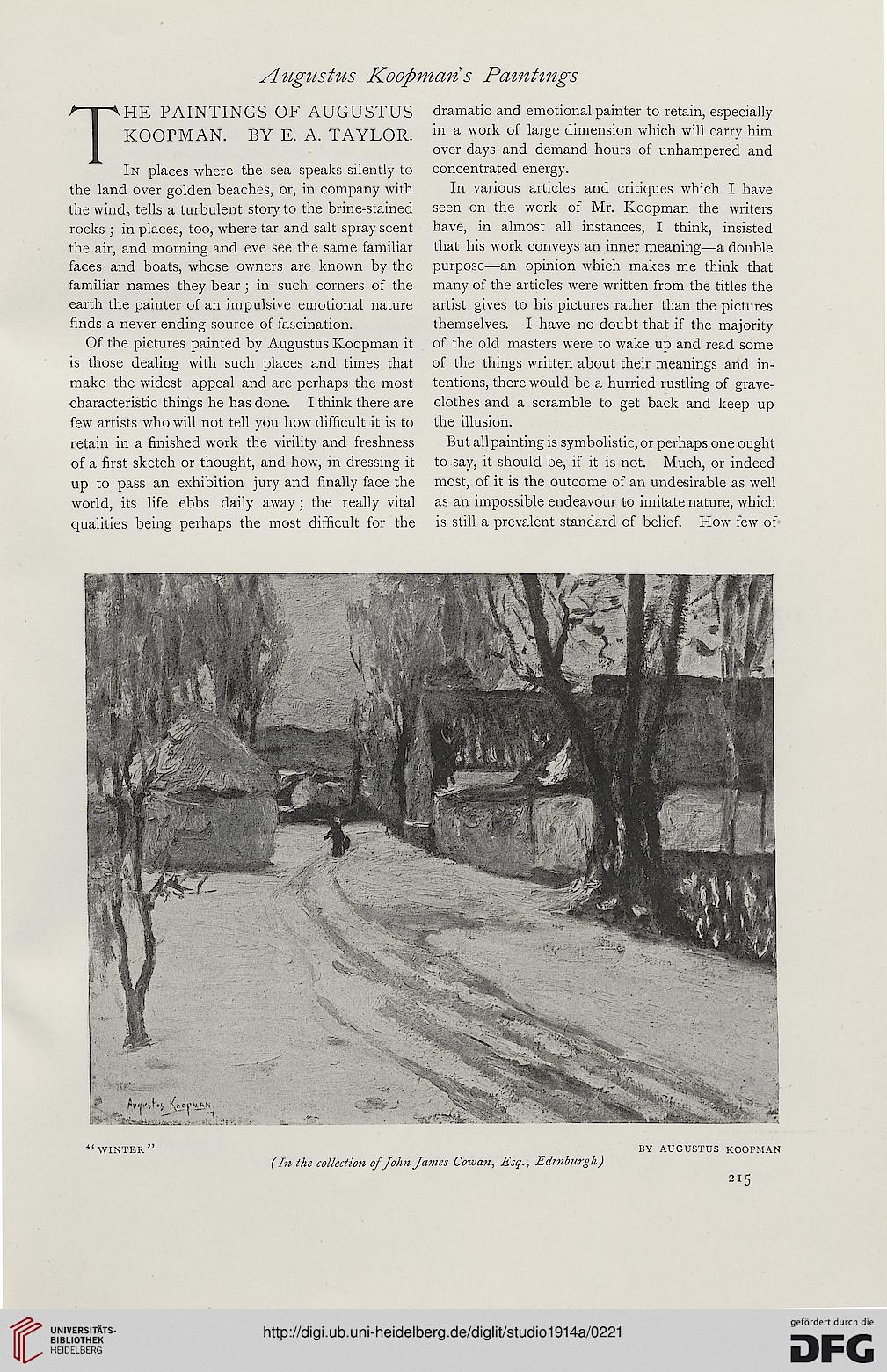 THE PAINTINGS OF AUGUSTUS
KOOPMAN. BY E. A. TAYLOR.

In places where the sea speaks silently to
the land over golden beaches, or, in company with
the wind, tells a turbulent story to the brine-stained
rocks ; in places, too, where tar and salt spray scent
the air, and morning and eve see the same familiar
faces and boats, whose owners are known by the
familiar names they bear ; in such comers of the
earth the painter of an impulsive emotional nature
finds a never-ending source of fascination.

Of the pictures painted by Augustus Koopman it
is those dealing with such places and times that
make the widest appeal and are perhaps the most
characteristic things he has done. I think there are
few artists who will not tell you how difficult it is to
retain in a finished work the virility and freshness
of a first sketch or thought, and how, in dressing it
up to pass an exhibition jury and finally face the
world, its life ebbs daily away; the really vital
qualities being perhaps the most difficult for the

dramatic and emotional painter to retain, especially
in a work of large dimension which will carry him
over days and demand hours of unhampered and
concentrated energy.

In various articles and critiques which I have
seen on the work of Mr. Koopman the writers
have, in almost all instances, I think, insisted
that his work conveys an inner meaning—a double
purpose—an opinion which makes me think that
many of the articles were written from the titles the
artist gives to his pictures rather than the pictures
themselves. I have no doubt that if the majority
of the old masters were to wake up and read some
of the things written about their meanings and in-
tentions, there would be a hurried rustling of grave-
clothes and a scramble to get back and keep up
the illusion.

But all painting is symbolistic, or perhaps one ought
to .say, it should be, if it is not. Much, or indeed
most, of it is the outcome of an undesirable as well
as an impossible endeavour to imitate nature, which
is still a prevalent standard of belief. How few of-