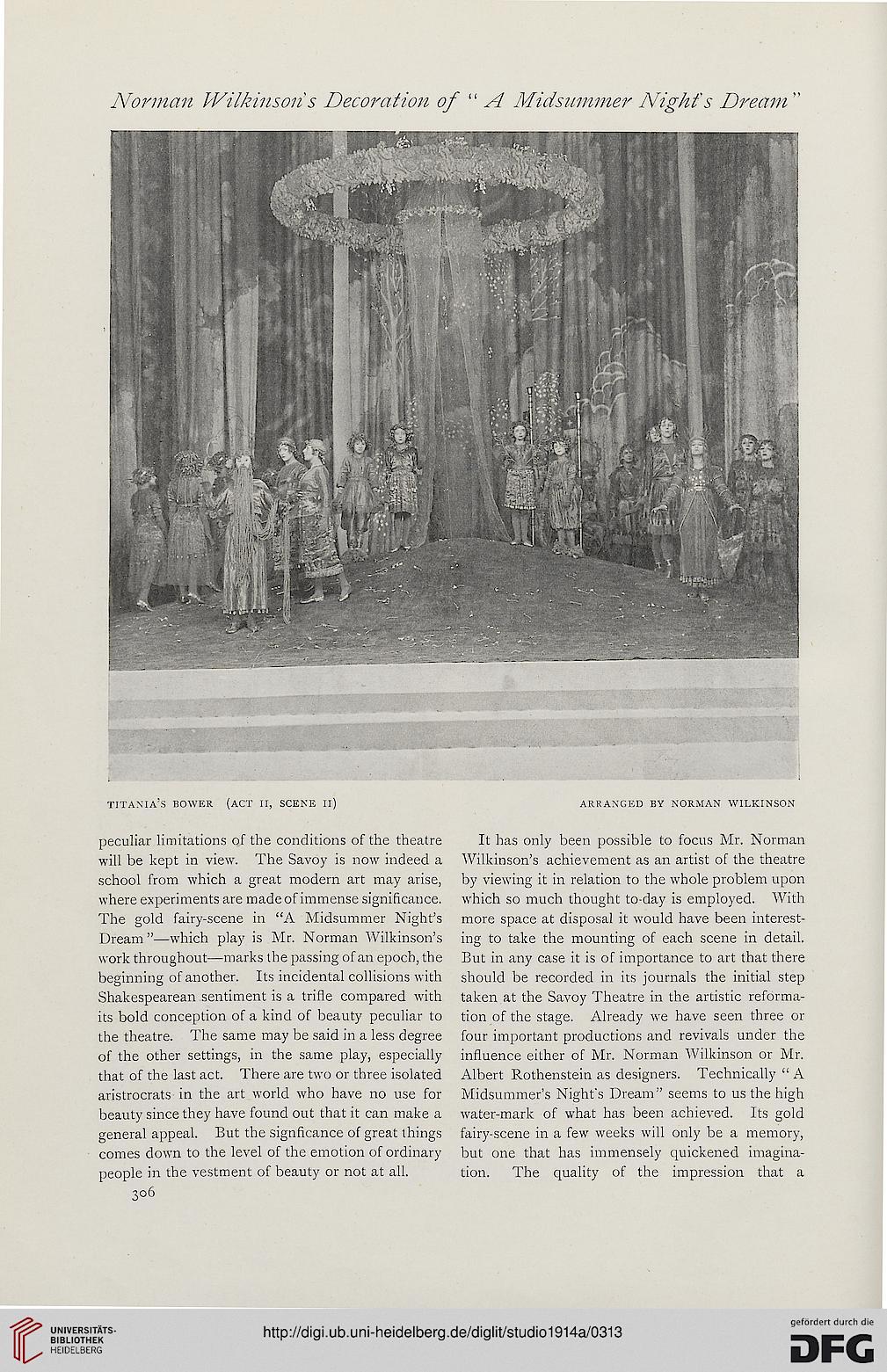 peculiar limitations of the conditions of the theatre It has only been possible to focus Mr. Norman
will be kept in view. The Savoy is now indeed a Wilkinson's achievement as an artist of the theatre
school from which a great modern art may arise, by viewing it in relation to the whole problem upon
where experiments are made of immense significance, which so much thought to-day is employed. With
The gold fairy-scene in "A Midsummer Night's more space at disposal it would have been interest-
Dream "—which play is Mr. Norman Wilkinson's ing to take the mounting of each scene in detail,
work throughout—marks the passing of an epoch, the But in any case it is of importance to art that there
beginning of another. Its incidental collisions with should be recorded in its journals the initial step
Shakespearean sentiment is a trifle compared with taken at the Savoy Theatre in the artistic reforma-
ts bold conception of a kind of beauty peculiar to tion of the stage. Already we have seen three or
the theatre. The same may be said in a less degree four important productions and revivals under the
of the other settings, in the same play, especially influence either of Mr. Norman Wilkinson or Mr.
that of the last act. There are two or three isolated Albert Rothenstein as designers. Technically " A
aristrocrats in the art world who have no use for Midsummer's Night's Dream" seems to us the high
beauty since they have found out that it can make a water-mark of what has been achieved. Its gold
general appeal. But the signficance of great things fairy-scene in a few weeks will only be a memory,
comes down to the level of the emotion of ordinary but one that has immensely quickened imagina-
people in the vestment of beauty or not at all. tion. The quality of the impression that a
306