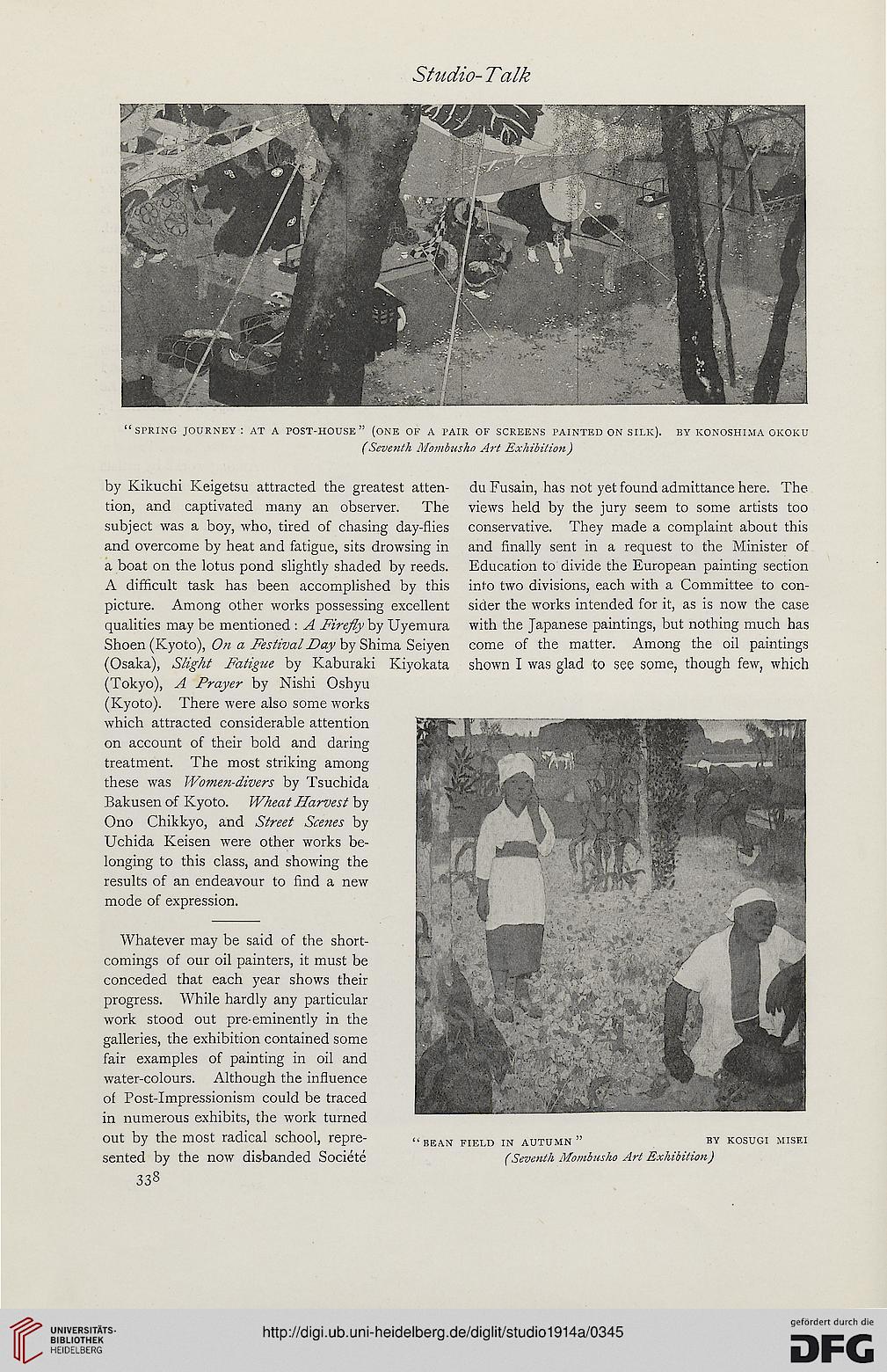 "string journey : at a post-house" (one of a pair of screens painted on silk). by konoshima okoku

by Kikuchi Keigetsu attracted the greatest atten- du Fusain, has not yet found admittance here. The
tion, and captivated many an observer. The views held by the jury seem to some artists too
subject was a boy, who, tired of chasing day-flies conservative. They made a complaint about this
and overcome by heat and fatigue, sits drowsing in and finally sent in a request to the Minister of
a boat on the lotus pond slightly shaded by reeds. Education to divide the European painting section
A difficult task has been accomplished by this into two divisions, each with a Committee to con-
picture. Among other works possessing excellent sider the works intended for it, as is now the case
qualities may be mentioned : A Firefly by Uyemura with the Japanese paintings, but nothing much has
Shoen (Kyoto), On a Festival Day by Shima Seiyen come of the matter. Among the oil paintings
(Osaka), Slight Fatigue by Kaburaki Kiyokata shown I was glad to see some, though few, which
(Tokyo), A Prayer by Nishi Oshyu
(Kyoto). There were also some works
which attracted considerable attention
on account of their bold and daring
treatment. The most striking among
these was Women-divers by Tsuchida
Bakusen of Kyoto. WheatHarvest'by
Ono Chikkyo, and Street Scenes by
Uchida Keisen were other works be-
longing to this class, and showing the
results of an endeavour to find a new
mode of expression.

Whatever may be said of the short-
comings of our oil painters, it must be
conceded that each year shows their
progress. While hardly any particular
work stood out pre-eminently in the
galleries, the exhibition contained some
fair examples of painting in oil and
water-colours. Although the influence
of Post-Impressionism could be traced
in numerous exhibits, the work turned
out by the most radical school, repre- "bean field in autumn" by kosugi misei