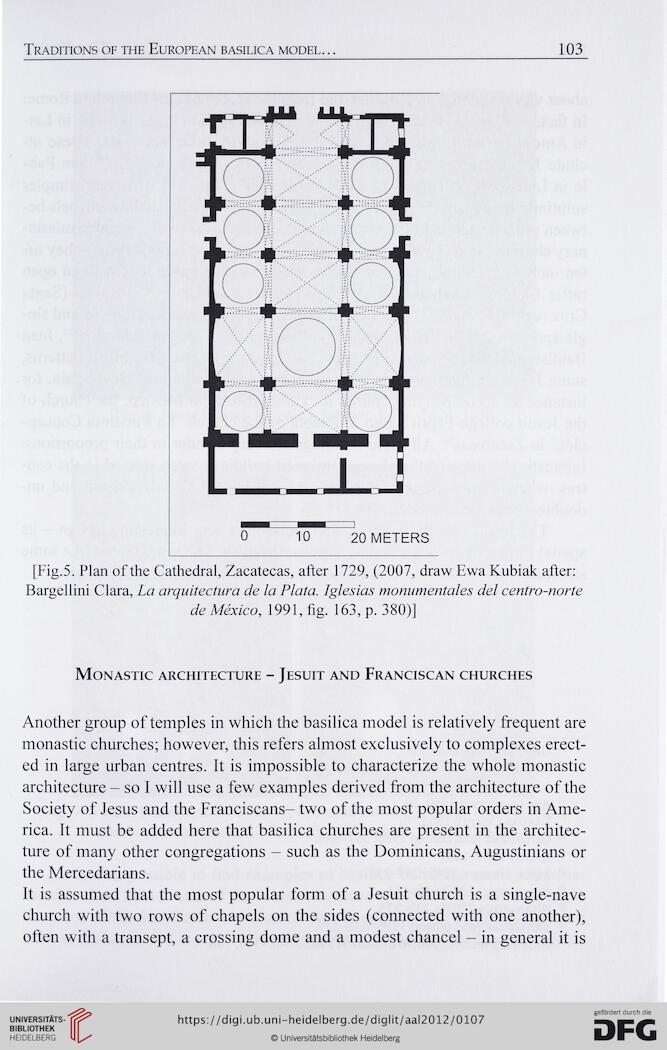 Monastic architecture - Jesuit and Franciscan churches
Another group of temples in which the basilica model is relatively frequent are
monastic churches; however, this refers almost exclusively to complexes erect-
ed in large urban centres. It is impossible to characterize the whole monastic
architecture - so I will use a few examples derived from the architecture of the
Society of Jesus and the Franciscans- two of the most popular orders in Ame-
rica. It must be added here that basilica churches are present in the architec-
ture of many other congregations - such as the Dominicans, Augustinians or
the Mercedarians.
It is assumed that the most popular form of a Jesuit church is a single-nave
church with two rows of chapels on the sides (connected with one another),
often with a transept, a crossing dome and a modest chancel - in general it is