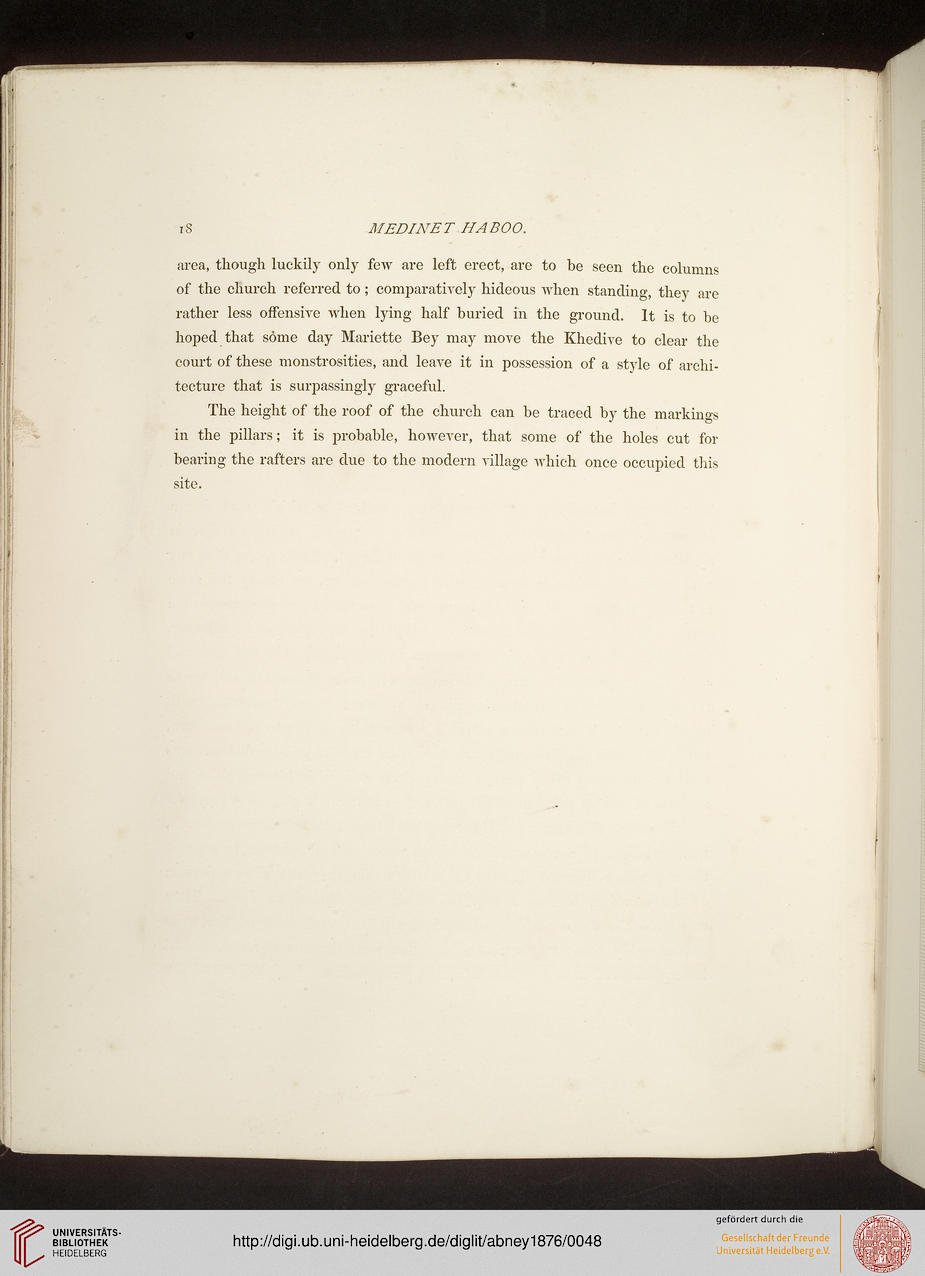 area, though luckily only few are left erect, are to be seen the columns
of the church referred to; comparatively hideous when standing, they are
rather less offensive when lying half buried in the ground. It is to be
hoped that some day Mariette Bey may move the Khedive to clear the
court of these monstrosities, and leave it in possession of a style of archi-
tecture that is surpassingly graceful.

The height of the roof of the church can be traced by the markings
in the pillars; it is probable, however, that some of the holes cut for
bearing the rafters are due to the modern village which once occupied this
site.