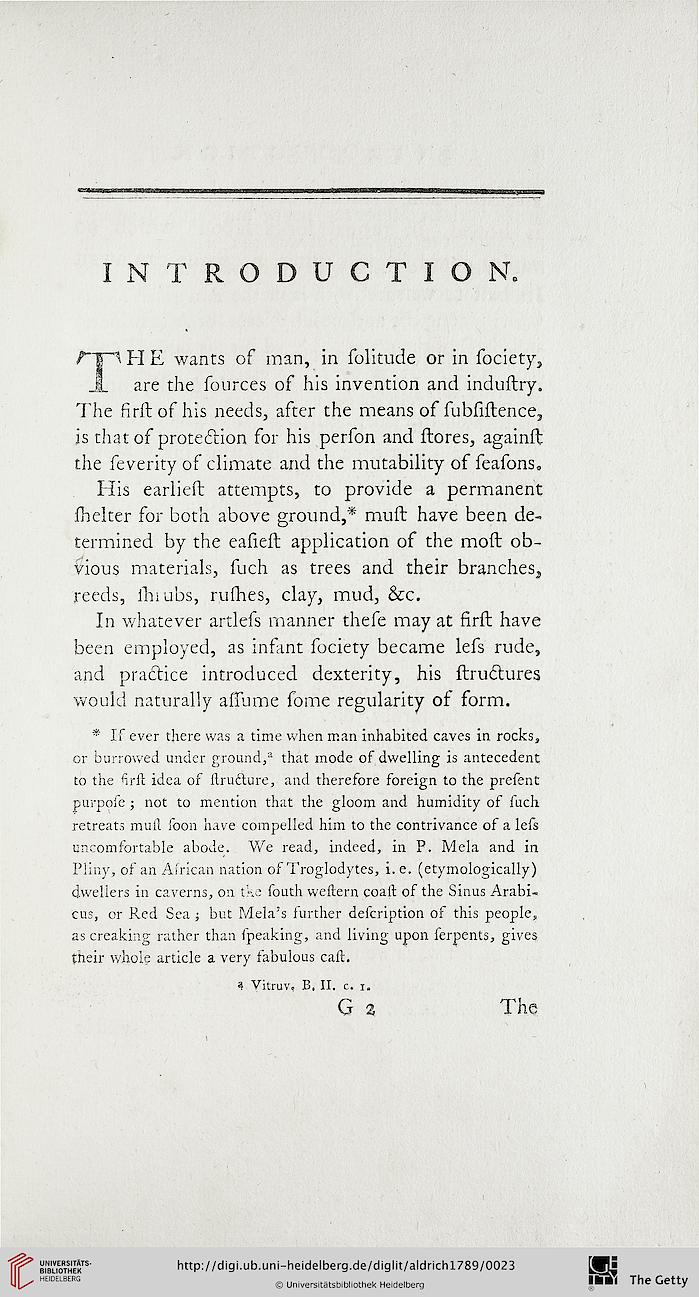 / HE wants of man, in solitude or in society.

are the sources of his invention and industry.
The first os his needs, after the means of subsistence,
is that of proteftion for his person and stores, against
the severity of climate and the mutability of seasonss
His earliest attempts, to provide a permanent
sheiter for both above ground,* must have been de-
termined by the easiest application of the mold ob-
vious materials, such as trees and their branches,
reeds, shrubs, rushes, clay, mud, &c.
In whatever artless manner these may at first have
been employed, as infant society became less rude,
and practice introduced dexterity, his struftures
would naturally assume some regularity of form.
* Is ever there was a time when man inhabited caves in rocks,
or burrowed under ground/ that mode of dwelling is antecedent
to the hrst idea os Itrufture, and therefore foreign to the present
purpose ; not to mention that the gloom and humidity of such
retreats mull soon have compelled him to the contrivance of a less
uncomfortable abode. We read, indeed, in P. Mela and in
Pliny, os an Asrican nation of Troglodytes, i. e. (etymologically)
dwellers in caverns, on tke south western coast of the Sinus Arabi-
cus, or Red Sea ; but Mela’s further description of this people,
as creaking rather than speaking, and living upon serpents, gives
their whole article a very fabulous call.