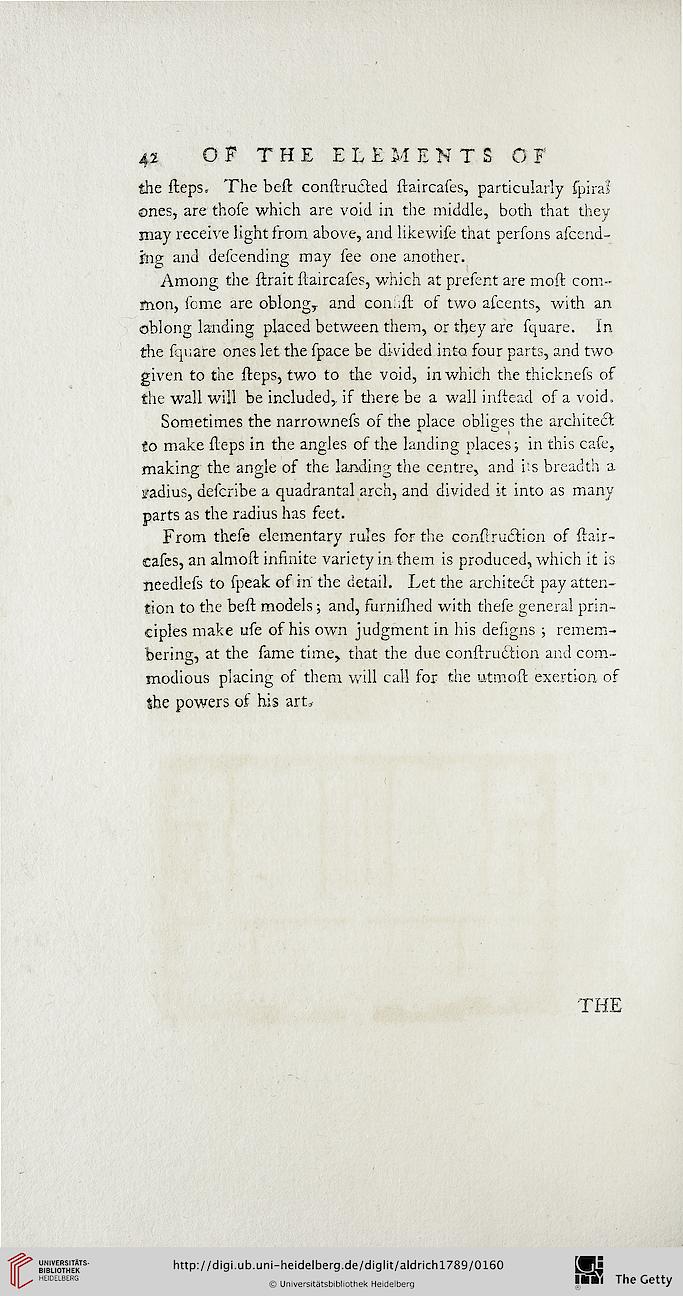 Information about OCR text
42 OF THE ELEMENTS OF
the steps, The best construdted staircases, particularly spiral
ones, are those which are void in the middle, both that they
may receive light from above, and likewise that persons amend-
ing and descending may see one another.
Among the strait staircases, which at present are mod com-
mon, seme are oblong, and con..st of two aseents, with an
oblong landing placed between them, or they are square. In
the square ones let the space be divided into four parts, and two
given to the steps, two to the void, in which the thickness of
the wall will be included,, is there be a wall instead os a void.
Sometimes the narrowness os the place obliges the architedt
to make steps in the angles of the landing places; in this case,
making the angle of the landing the centre, and its breadth a
iradius, aeseribe a quadrantal arch, and divided it into as many
parts as the radius has feet.
From these elementary rules for the construdticn of stair-
cases, an almost infinite variety in them is produced, which it is
needless to speak of in the detail. Let the architect pay atten-
tion to the best models; and, furnished with these general prin-
ciples make use of his own judgment in his designs ; remem-
bering, at the same time, that the due construdtion and com-
modious placing of them will call for the utmost exertion os
the powers os his art.