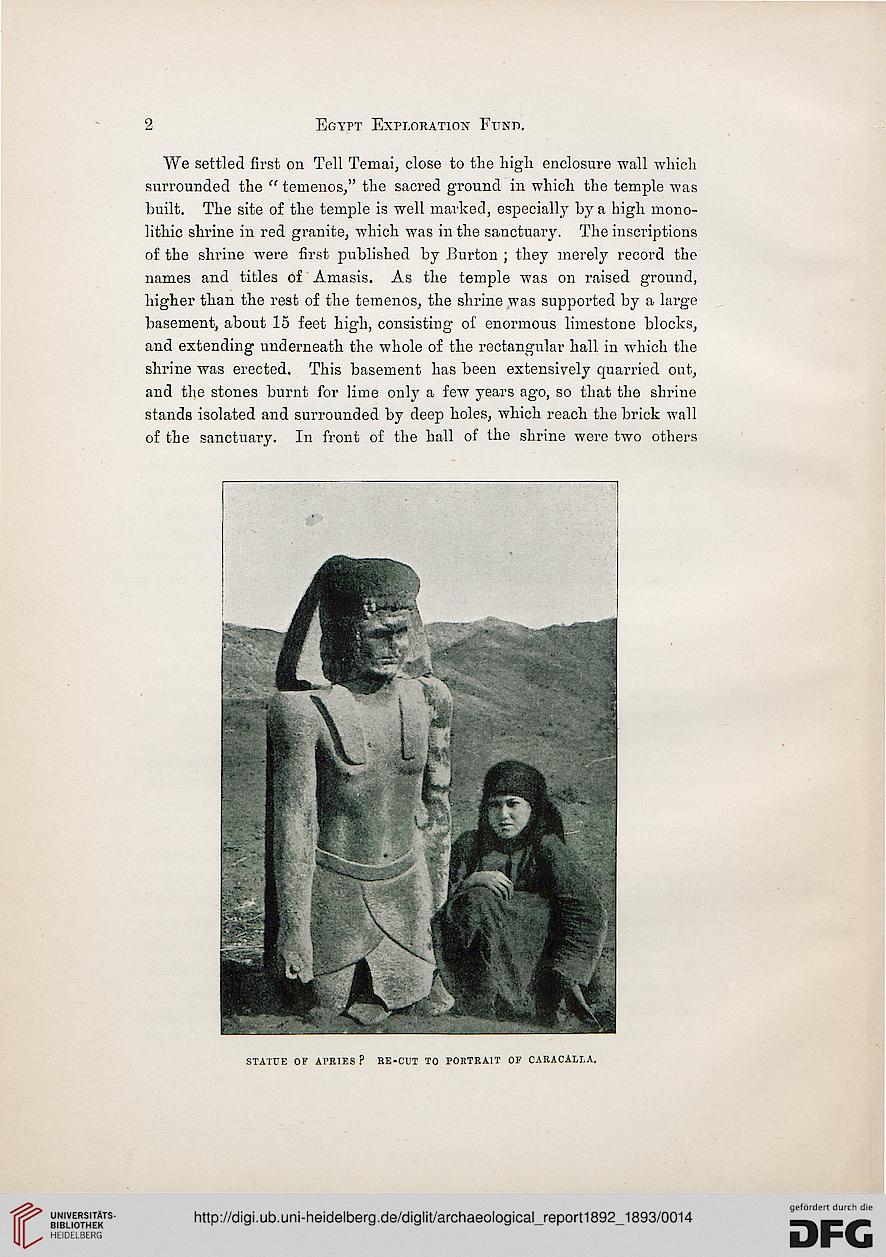 We settled first on Tell Temai, close to the high enclosure wall which
surrounded the " temenos," the sacred gi'ound in which the temple was
built. The site of the temple is well marked, especially by a high mono-
lithic shrine in red granite, which was in the sanctuary. The inscriptions
of the shrine were first published by Burton ; they merely record the
names and titles of Amasis. As the temple was on raised ground,
higher than the rest of the temenos, the shrine was supported by a large
basement, about 15 feet high, consisting of enormous limestone blocks,
and extending underneath the whole of the rectangular hall in which the
shrine was erected. This basement has been extensively quarried out,
and the stones burnt for lime only a few years ago, so that the shrine
stands isolated and surrounded by deep holes, which reach the brick wall
of the sanctuary. In front of the hall of the shrine were two others

STATUE Of APRIES ? RE-CUT TO PORTRAIT OF CARACAL!A.