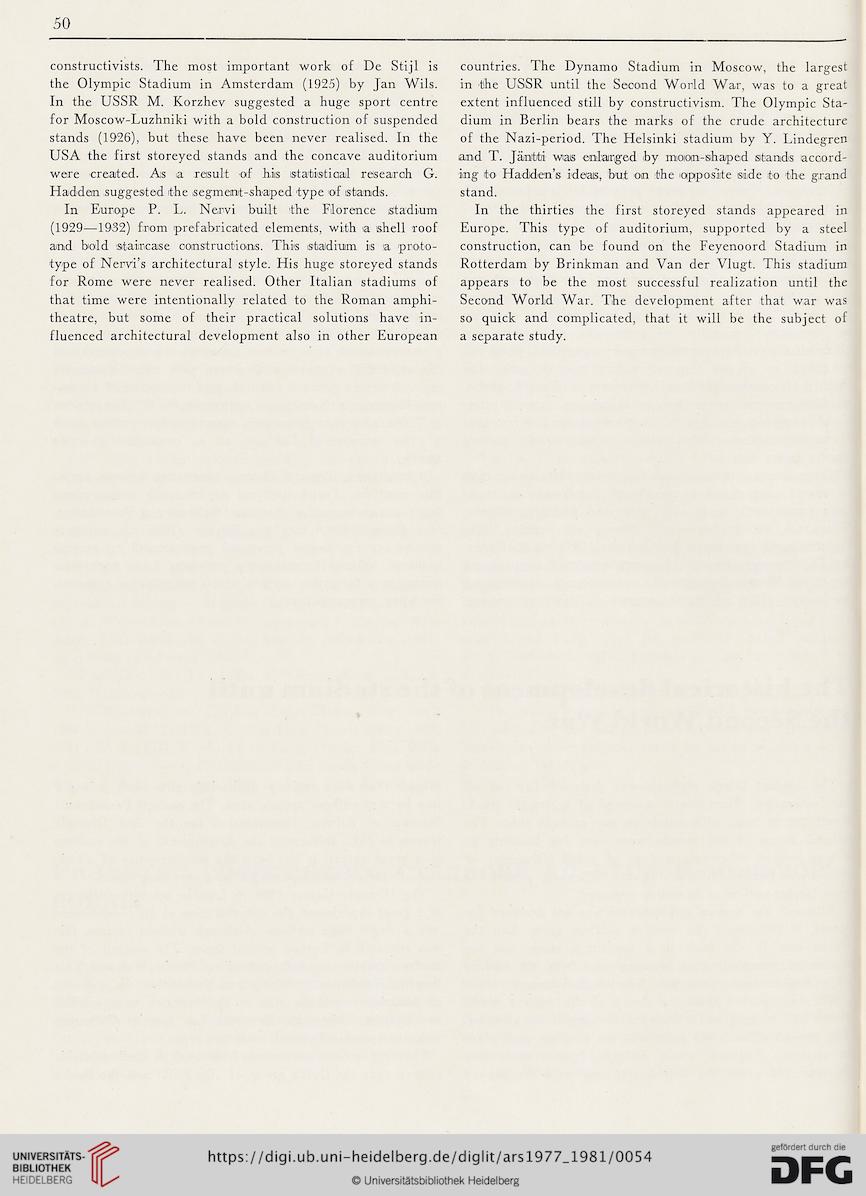 constructivists. The most important work of De Stijl is
the Olympic Stadium in Amsterdam (1925) by Jan Wils.
In the USSR M. Korzhev suggested a huge sport centre
for Moscow-Luzhniki with a bold construction of suspended
stands (1926), but these háve been never realised. In the
USA the first storeyed stands and the concave auditorium
were creaited. As a reisult of hiis istatistical researah G.
Haddera suggested the segmemt-shaped type of istands.
In Europe P. L. Nervi bui.lt the Florence stadium
(1929—1932) f.rom prefabricaited éléments, with a shell roof
and bold staircase constructions. This stadium is a proto-
type of Nervi’s architectural style. His huge storeyed stands
for Rome were never realised. Other Italian Stadiums of
that time were intentionally related to the Roman amphi-
théâtre, but some of their practical solutions háve in-
fluenced architectural development also in other European

countries. The Dynamo Stadium in Moscow, the largest
in the USSR until the Second World War, was to a great
extent influenced still by constructivism. The Olympic Sta-
dium in Berlin bears the marks of the crude architecture
of the Nazi-period. The Helsinki stadium by Y. Lindegren
and T. Jäntti wiais enlairged by moioin-shaped stands accord-
ing to Hadden’s ideais, but on the opposite slde to the grand
stand.
In the thirties the first storeyed stands appeared in
Europe. This type of auditorium, supported by a steel
construction, can be found on the Feyenoord Stadium in
Rotterdam by Brinkman and Van der Vlugt. This stadium
appears to be the most successful realization until the
Second World War. The development after that war was
so quick and complicated, that it will be the subject of
a separate study.