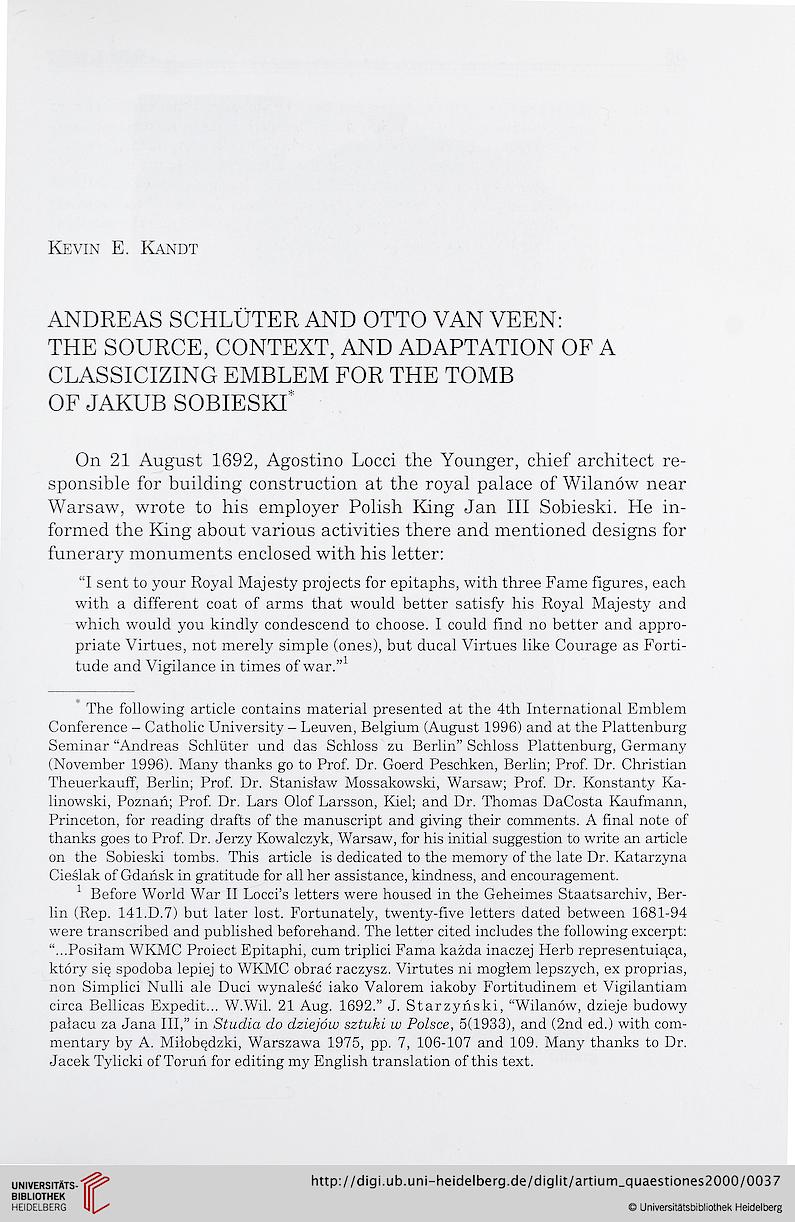 THE SOURCE, CONTEXT, AND ADAPTATION OF A
CLASSICIZING EMBLEM FOR THE TOMB
OF JAKUB SOBIESKI*

On 21 August 1692, Agostino Locci the Younger, chief architect re-
sponsible for building construction at the royal palace of Wilanôw near
Warsaw, wrote to his employer Polish King Jan III Sobieski. He in-
formed the King about various activities there and mentioned designs for
funerary monuments enclosed with his letter:

“I sent to your Royal Majesty projects for epitaphs, with three Famé figures, each
with a different coat of arms that would better satisfy his Royal Majesty and
which would you kindly condescend to choose. I could fmd no better and appro-
priate Virtues, not merely simple (ones), but ducal Virtues like Courage as Forti-
tude and Vigilance in times of war.”* 1