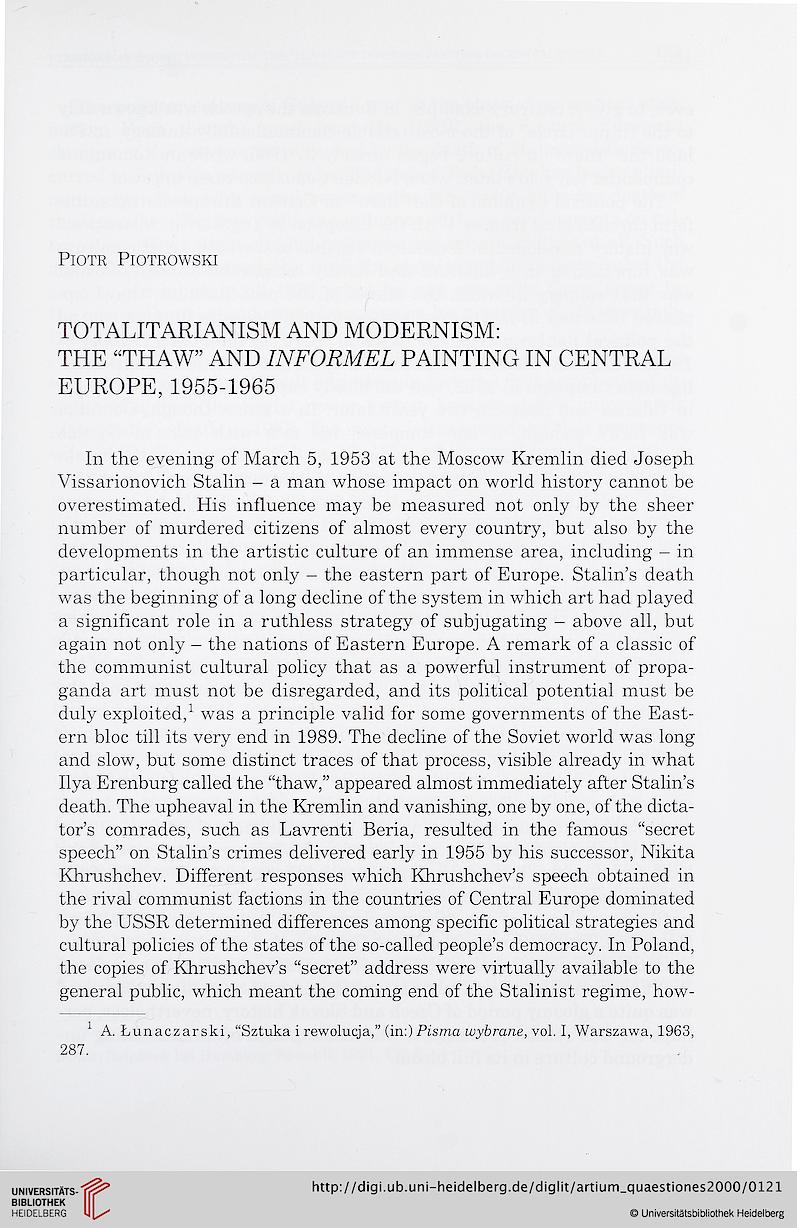 In the evening of March 5, 1953 at the Moscow Kremlin died Joseph
Vissarionovich Stalin - a man whose impact on world history cannot be
overestimated. His influence may be measured not only by the sheer
number of murdered citizens of almost every country, but also by the
developments in the artistic culture of an immense area, including - in
particular, though not only - the eastern part of Europe. Stalin’s death
was the beginning of a long décliné of the System in which art had played
a significant rôle in a ruthless strategy of subjugating - above ail, but
again not only - the nations of Eastern Europe. A remark of a classic of
the communist cultural policy that as a powerful instrument of propa-
ganda art must not be disregarded, and its political potential must be
duly exploited,1 was a principle valid for some governments of the East-
ern bloc till its very end in 1989. The décliné of the Soviet world was long
and slow, but some distinct traces of that process, visible already in what
Ilya Erenburg called the “thaw,” appeared almost immediately after Stalin’s
death. The upheaval in the Kremlin and vanishing, one by one, of the dicta-
tor’s comrades, such as Lavrenti Beria, resulted in the famous “secret
speech” on Stalin’s crimes delivered early in 1955 by his successor, Nikita
Khrushchev. Different responses which Khmrshchev’s speech obtained in
the rival communist factions in the countries of Central Europe dominated
by the USSR determined différences among spécifie political strategies and
cultural policies of the States of the so-called people’s democracy. In Poland,
the copies of Khrushchev’s “secret” address were virtually available to the
general public, which meant the coming end of the Stalinist régime, how-