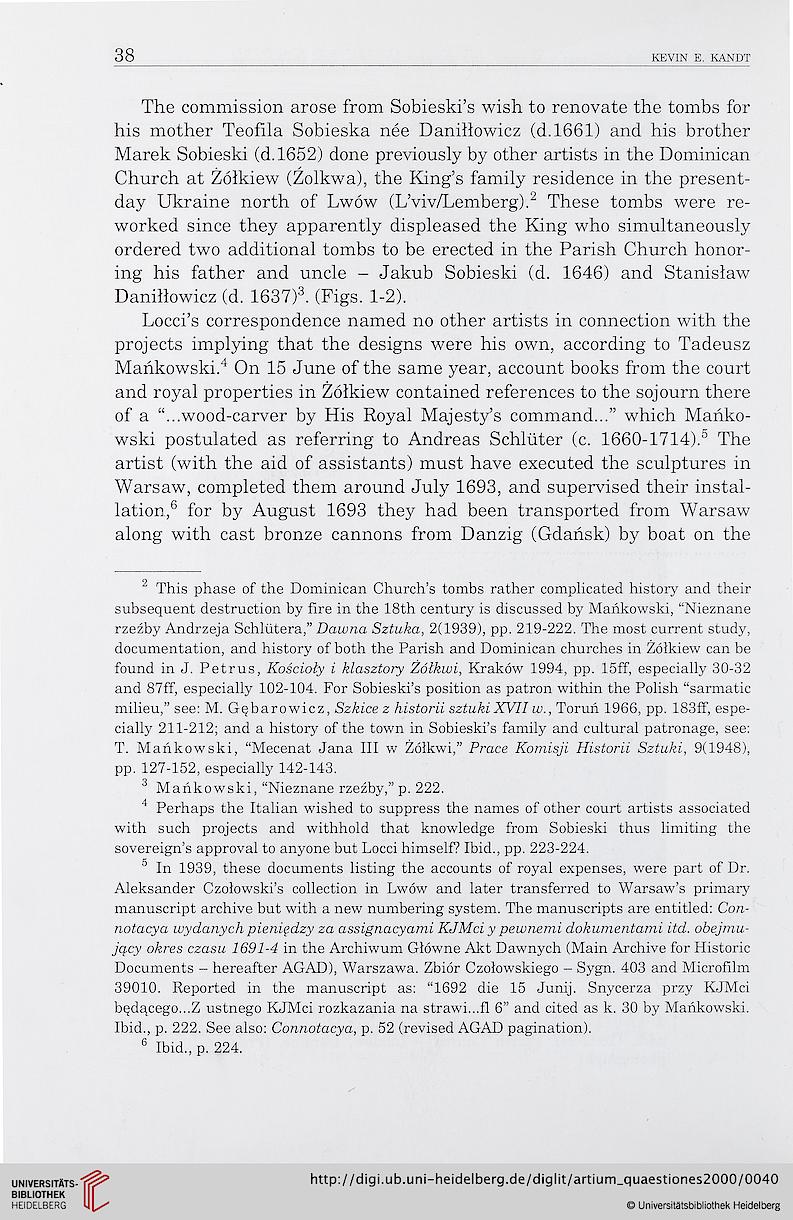 The commission arose from Sobieski’s wish to renovate the tombs for
his mother Teofila Sobieska née Danillowicz (d.1661) and his brother
Marek Sobieski (d.1652) done previously by other artists in the Dominican
Church at Zôlkiew (Zolkwa), the King’s family résidence in the present-
day Ukraine north of Lwôw (L’viv/Lemberg).2 These tombs were re-
worked since they apparently displeased the King who simultaneously
ordered two additional tombs to be erected in the Parish Church honor-
ing his father and uncle - Jakub Sobieski (d. 1646) and Stanislaw
Daniiiowicz (d. 1637)3. (Figs. 1-2).

Locci’s correspondence named no other artists in connection with the
projects implying that the designs were his own, according to Tadeusz
Mankowski.4 On 15 June of the same year, account books from the court
and royal properties in Zôlkiew contained references to the sojourn there
of a “...wood-carver by His Royal Majesty’s command...” which Manko-
wski postulated as referring to Andréas Schlüter (c. 1660-1714).5 The
artist (with the aid of assistants) must hâve executed the sculptures in
Warsaw, completed them around July 1693, and supervised their instal-
lation,6 for by August 1693 they had been transported from Warsaw
along with cast bronze cannons from Danzig (Gdansk) by boat on the

4 Perhaps the Italian wished to suppress the names of other court artists associated
with such projects and withhold that knowledge from Sobieski thus limiting the
sovereign’s approval to anyone but Locci himself? Ibid., pp. 223-224.