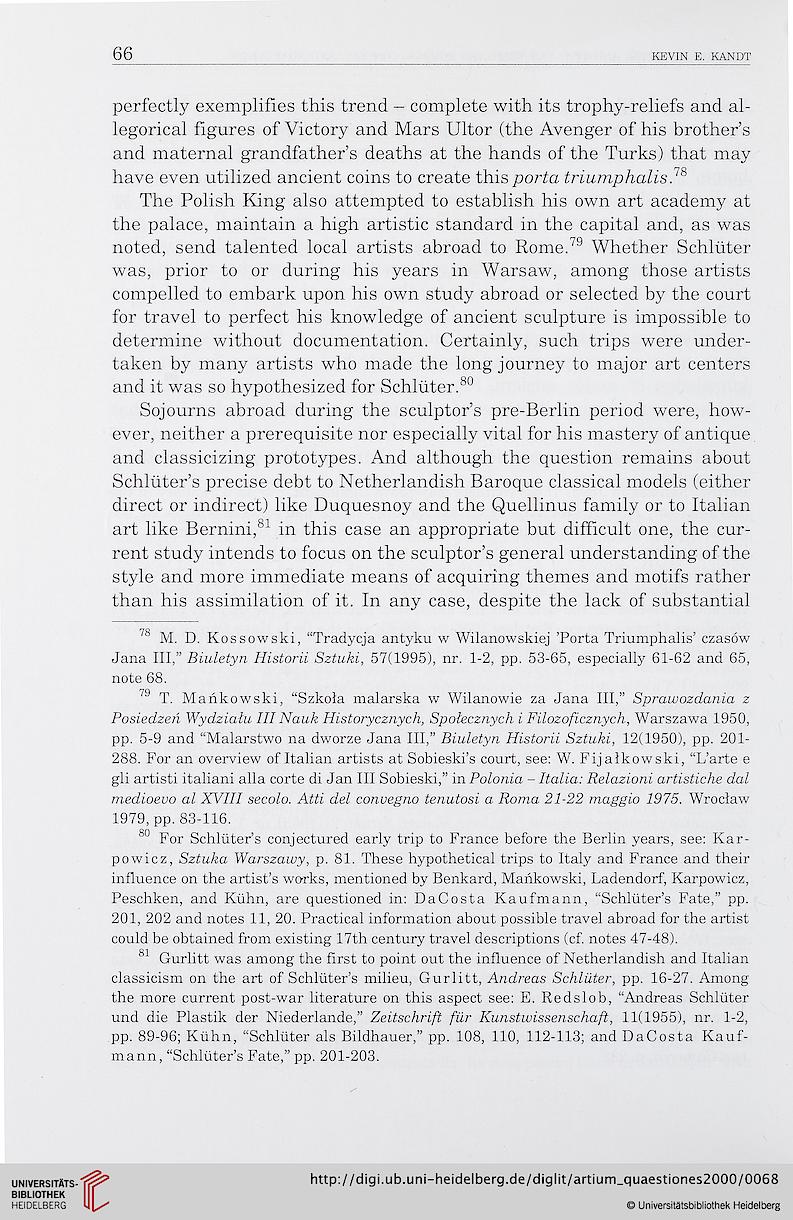 perfectly exemplifies this trend - complété with its trophy-reliefs and al-
legorical figures of Victory and Mars Ultor (the Avenger of his brother’s
and maternai grandfather’s deaths at the hands of the Turks) that may
hâve even utilized ancient coins to create this porta triumphalis.7S

The Polish King also attempted to establish his own art academy at
the palace, maintain a high artistic standard in the capital and, as was
noted, send talented local artists abroad to Rome.79 Whether Schlüter
was, prior to or during his years in Warsaw, among those artists
compelled to ernbark upon his own study abroad or selected by the court
for travel to perfect his knowledge of ancient sculpture is impossible to
détermine without documentation. Certainly, such trips were under-
taken by many artists who rnade the long journey to major art centers
and it was so hypothesized for Schlüter.80

Sojourns abroad during the sculptor’s pre-Berlin period were, how-
ever, neither a prerequisite nor especially vital for his mastery of antique
and classicizing prototypes. And although the question remains about
Schlüter’s précisé debt to Netherlandish Baroque classical models (either
direct or indirect) like Duquesnoy and the Quellinus family or to Italian
art like Bernini,81 in this case an appropriate but diffîcult one, the cur-
rent study intends to focus on the sculptor’s general understanding of the
style and more immédiate means of acquiring thèmes and motifs rather
than his assimilation of it. In any case, despite the lack of substantial

so For Schlüter’s conjectured early trip to France before the Berlin years, see: Kar-
powicz, Sztuka Warszawy, p. 81. These hypothetical trips to Italy and France and their
influence on the artist’s works, mentioned by Benkard, Mankowski, Ladendorf, Karpowicz,
Peschken, and Kühn, are questioned in: DaCosta Kaufmann, “Schlüter’s Fate,” pp.
201, 202 and notes 11, 20. Practical information about possible travel abroad for the artist
could be obtained from existing 17th century travel descriptions (cf. notes 47-48).