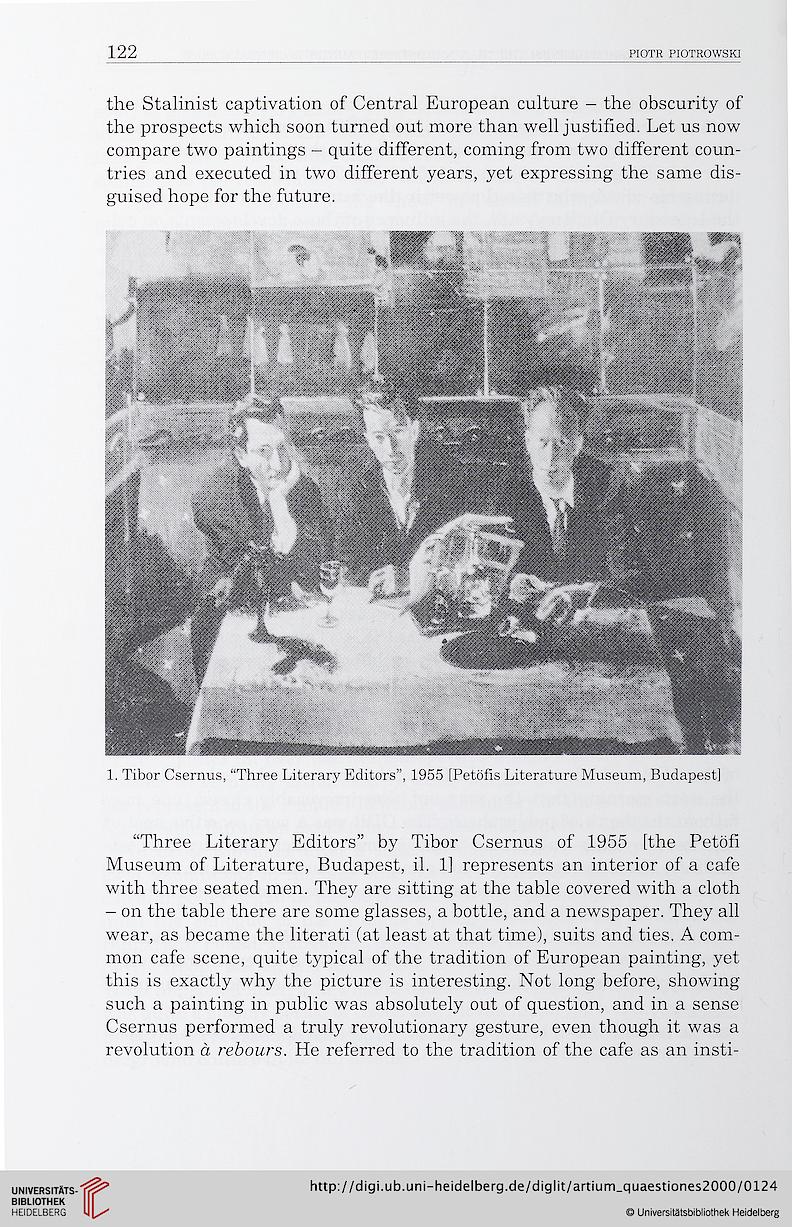 the Stalinist captivation of Central European culture - the obscurity of
the prospects which soon turned out more than well justified. Let us now
compare two paintings - quite different, coming from two different coun-
tries and executed in two different years, yet expressing the same dis-
guised hope for the future.

“Three Literary Editors” by Tibor Csernus of 1955 [the Petofï
Muséum of Literature, Budapest, il. 1] represents an interior of a café
with three seated men. They are sitting at the table covered with a cloth
- on the table there are some glasses, a bottle, and a newspaper. They ail
wear, as became the literati (at least at that time), suits and ties. A com-
mon café scene, quite typical of the tradition of European painting, yet
this is exactly why the picture is interesting. Not long before, showing
such a painting in public was absolutely out of question, and in a sense
Csernus performed a truly revolutionary gesture, even though it was a
révolution à reboui's. He referred to the tradition of the café as an insti-