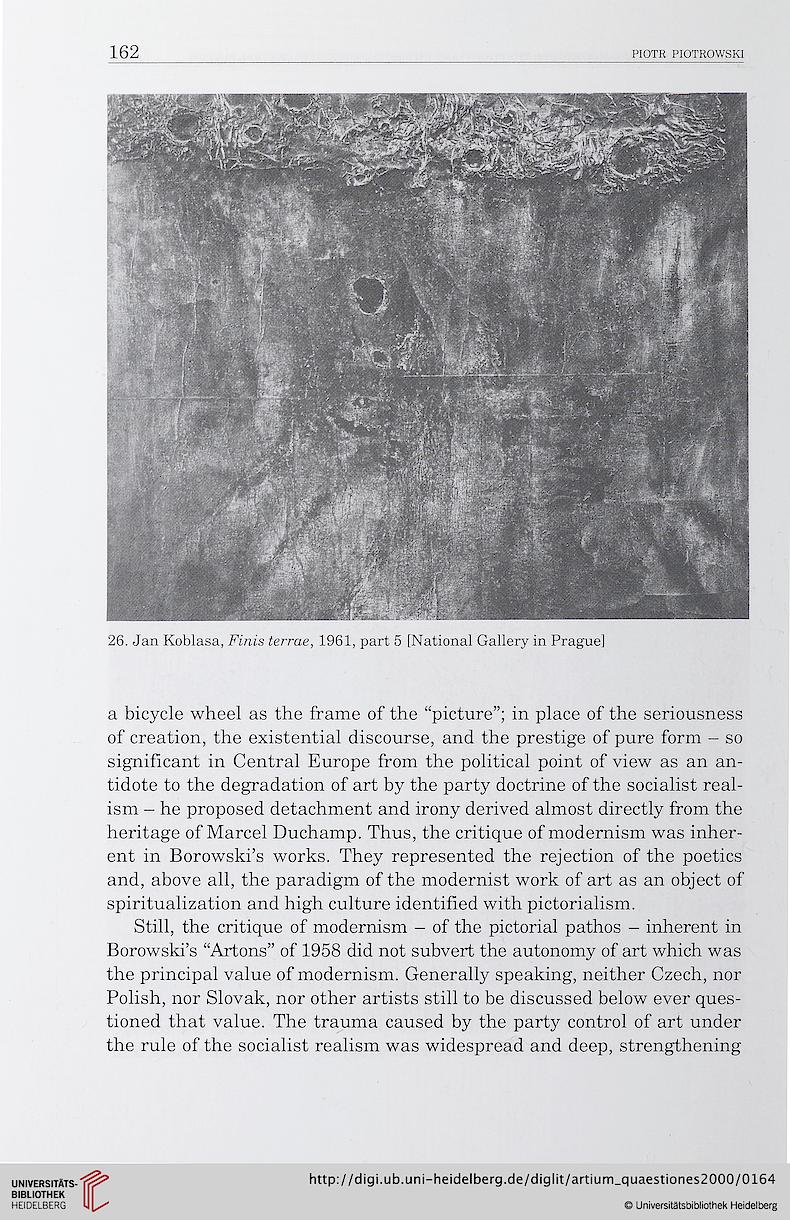 a bicycle wheel as the frame of the “picture”; in place of the seriousness
of création, the existential discourse, and the prestige of pure form - so
signifïcant in Central Europe from the political point of view as an an-
tidote to the dégradation of art by the party doctrine of the socialist real-
ism - he proposed detachment and irony derived almost directly from the
héritage of Marcel Duchamp. Thus, the critique of modernisai was inhér-
ent in Borowski’s works. They represented the rejection of the poetics
and, above ail, the paradigm of the modernist work of art as an object of
spiritualization and high culture identifïed with pictorialism.

Still, the critique of modernisai - of the pictorial pathos - inhérent in
Borowski’s “Artons” of 1958 did not subvert the autonomy of art which was
the principal value of modernisai. Generally speaking, neither Czech, nor
Polish, nor Slovak, nor other artists still to be discussed below ever ques-
tioned that value. The trauma caused by the party control of art under
the rule of the socialist réalisai was widespread aad deep, streagthening