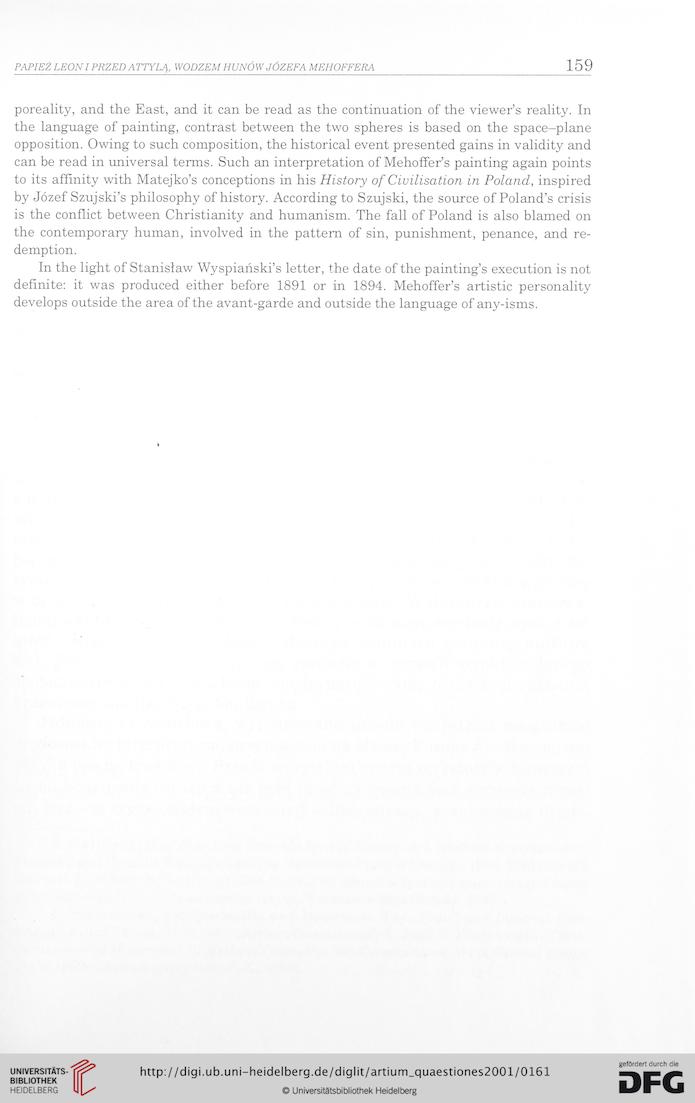 poreality, and the East, and it can be read as the continuation of the viewer’s reality. In
the language of painting, contrast between the two spheres is based on the space-plane
opposition. Owing to such composition, the historical event presented gains in validity and
can be read in universal tenns. Such an interpretation of Mehoffer’s painting again points
to its affmity with Matejko’s conceptions in his History of Cwilisation in PolancL, inspired
by Józef Szujski’s philosophy of history. According to Szujski, the source of Poland’s crisis
is the conflict between Christianity and humanism. The fali of Poland is also blamed on
the contemporary human, involved in the pattem of sin, punishment, penance, and re-
demption.
In the light of Stanisław Wyspiańskie letter, the datę of the painting’s execution is not
defmite: it was produced either before 1891 or in 1894. Mehoffer’s artistic personality
develops outside the area of the avant-garde and outside the language of any-isms.