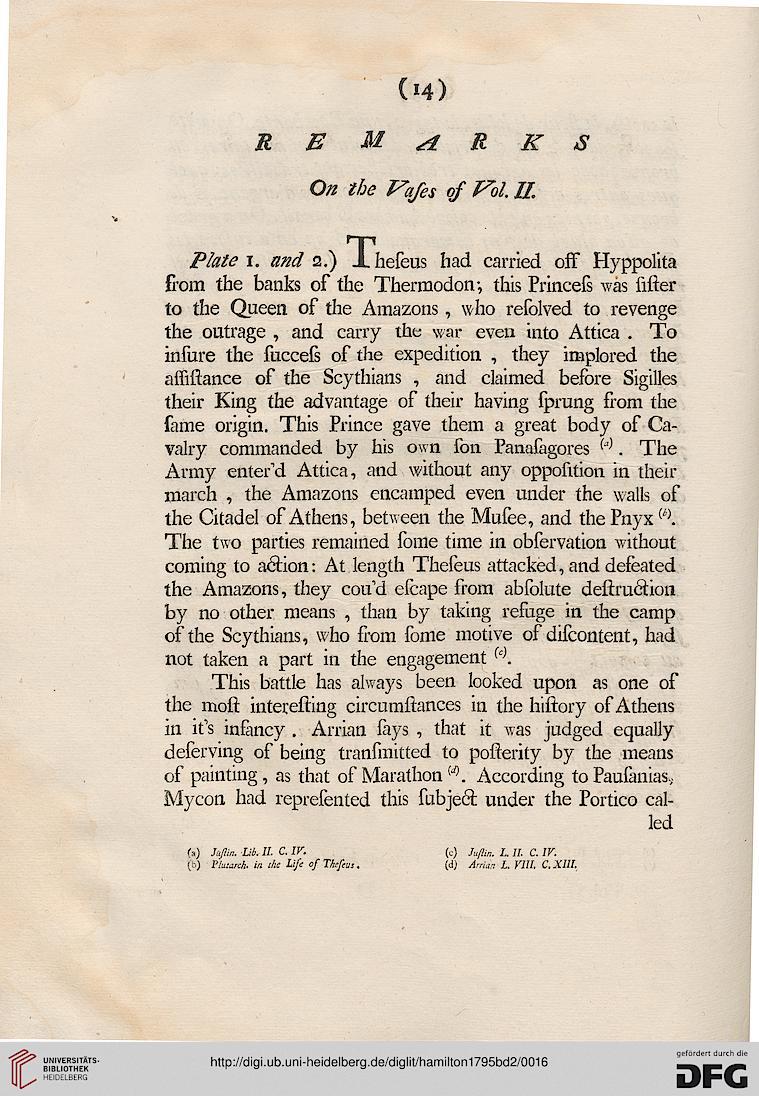 REMARKS
On the Vases of Vol II
Plate i. and 2.) Theseus had carried off Hyppolita
from the banks of the Thermodon; this Princess was lister
to the Queen of the Amazons, who resolved to revenge
the outrage , and carry the war even into Attica . To
insure the success of the expedition , they implored the
assistance of the Scythians , and claimed before Sigilles
their King the advantage of their having sprung from the
same origin. This Prince gave them a great body of Ca-
valry commanded by his own son Panasagores (a). The
Army entered Attica, and without any opposition in their
march , the Amazons encamped even under the walls of
the Citadel of Athens, between the Musee, and the Pnyx {b\
The two parties remained sbme time in observation without
coming to action: At length Thefeus attacked, and defeated
the Amazons, they coud escape from absolute destru6tion
by no other means , than by taking refuge in the camp
of the Scythians, who from some motive of discontent, had
not taken a part in the engagement (cK
This battle has always been looked upon as one of
the most interesting circumstances in the history of Athens
in it's infancy . Arrian says , that it was judged equally
deferving of being transmitted to posterity by the means
of painting, as that of Marathon{d). According to Pausanias,
Mycon had represented this subje6t under the Portico cal-
led