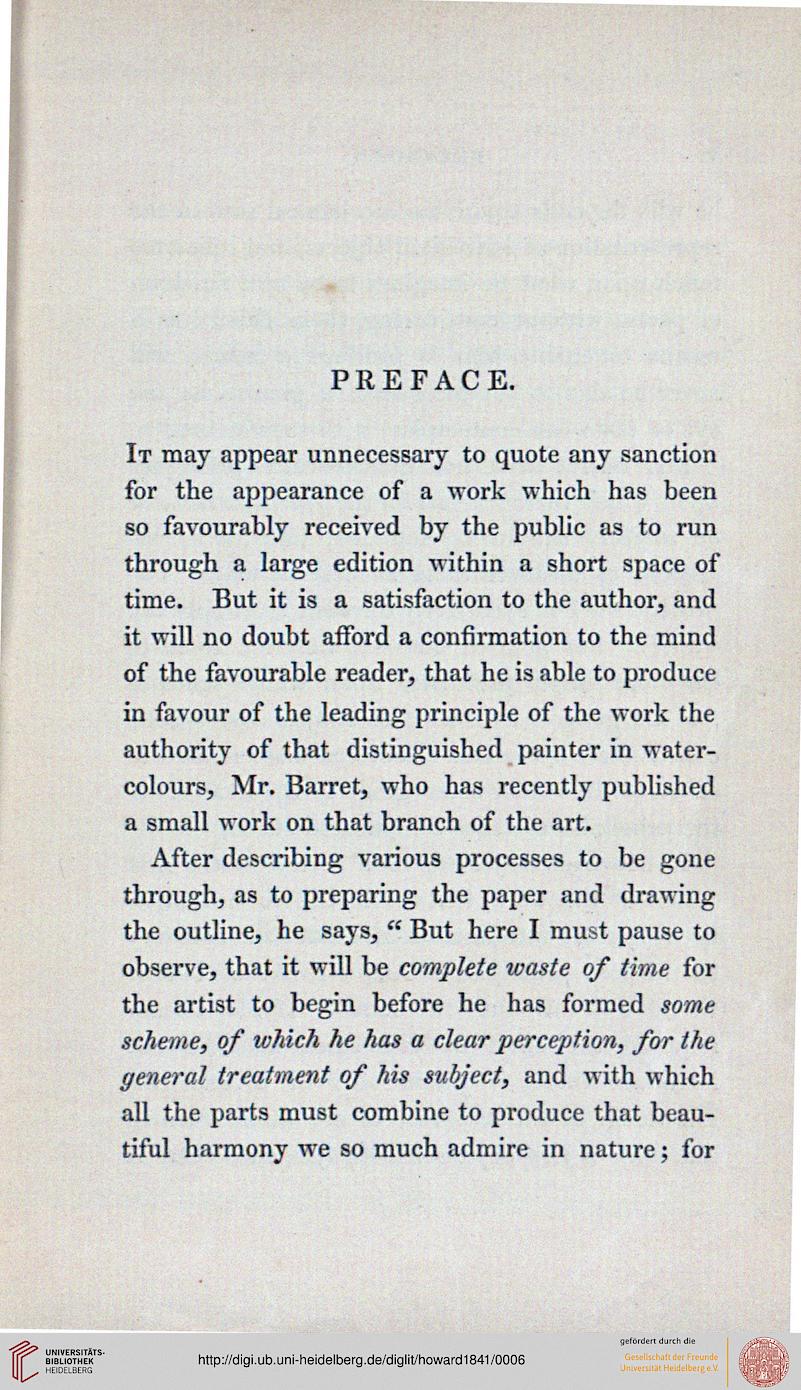 It may appear unnecessary to quote any sanction
for the appearance of a work which has been
so favourably received by the public as to run
through a large edition within a short space of
time. But it is a satisfaction to the author, and
it will no doubt afford a confirmation to the mind
of the favourable reader, that he is able to produce
in favour of the leading principle of the work the
authority of that distinguished painter in water-
colours, Mr. Barret, who has recently published
a small work on that branch of the art.

After describing various processes to be gone
through, as to preparing the paper and drawing
the outline, he says, " But here I must pause to
observe, that it will be complete waste of time for
the artist to begin before he has formed some
scheme, of which he has a clear perception, for the
general treatment of his subject, and with which
all the parts must combine to produce that beau-
tiful harmony Ave so much admire in nature; for