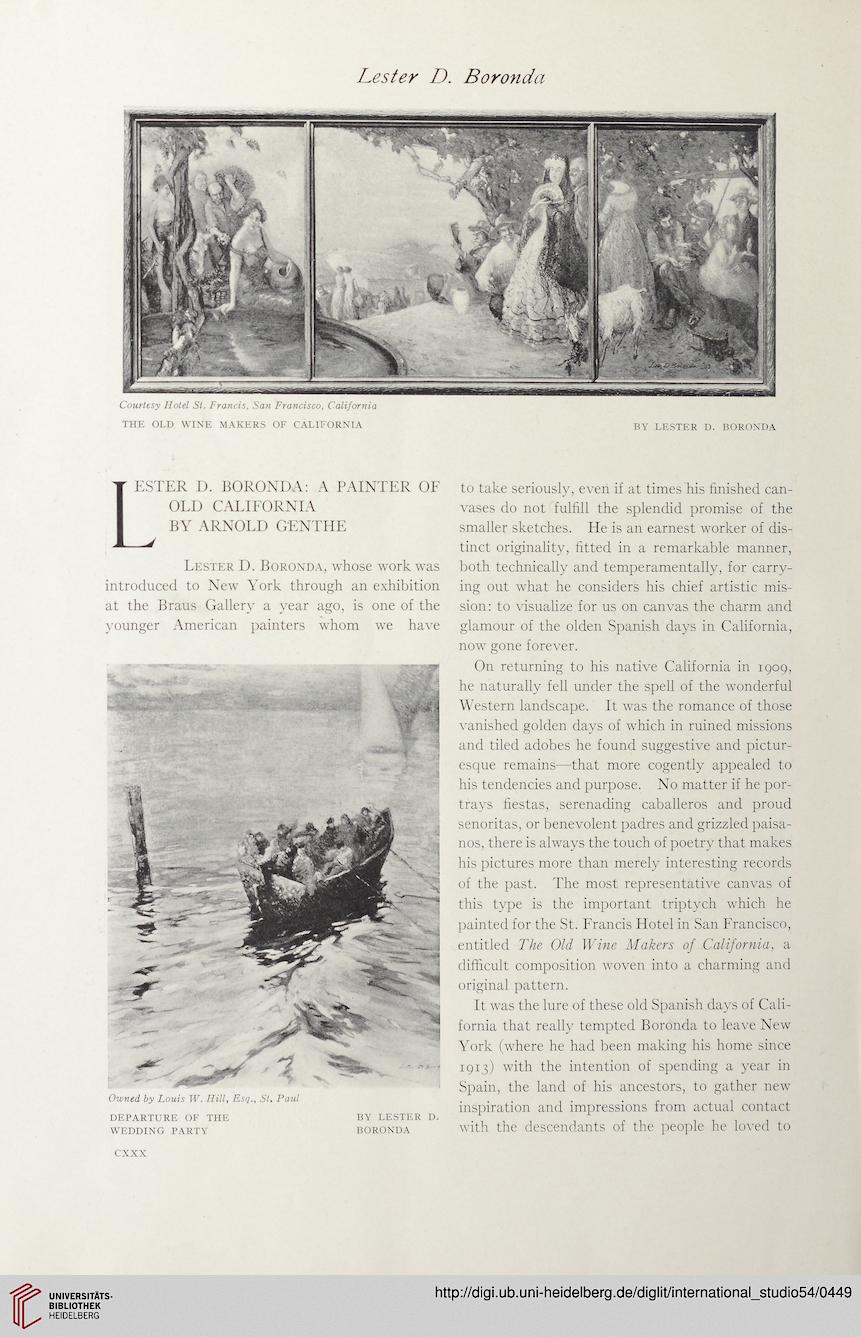 Lester D. Boronda, whose work was
introduced to New York through an exhibition
at the Braus Gallery a year ago, is one of the
younger American painters whom we have


to take seriously, even if at times his finished can-
vases do not fulfill the splendid promise of the
smaller sketches. He is an earnest worker of dis-
tinct originality, fitted in a remarkable manner,
both technically and temperamentally, for carry-
ing out what he considers his chief artistic mis-
sion: to visualize for us on canvas the charm and
glamour of the olden Spanish days in California,
now gone forever.
On returning to his native California in 1909,
he naturally fell under the spell of the wonderful
Western landscape. It was the romance of those
vanished golden days of which in ruined missions
and tiled adobes he found suggestive and pictur-
esque remains—that more cogently appealed to
his tendencies and purpose. No matter if he por-
trays fiestas, serenading caballeros and proud
senoritas, or benevolent padres and grizzled paisa-
nos, there is always the touch of poetry that makes
his pictures more than merely interesting records
of the past. The most representative canvas of
this type is the important triptych which he
painted for the St. Francis Hotel in San Francisco,
entitled The Old Wine Makers of California, a
difficult composition woven into a charming and
original pattern.
It was the lure of these old Spanish days of Cali-
fornia that really tempted Boronda to leave New
York (where he had been making his home since
1913) with the intention of spending a year in
Spain, the land of his ancestors, to gather new
inspiration and impressions from actual contact
with the descendants of the people he loved to