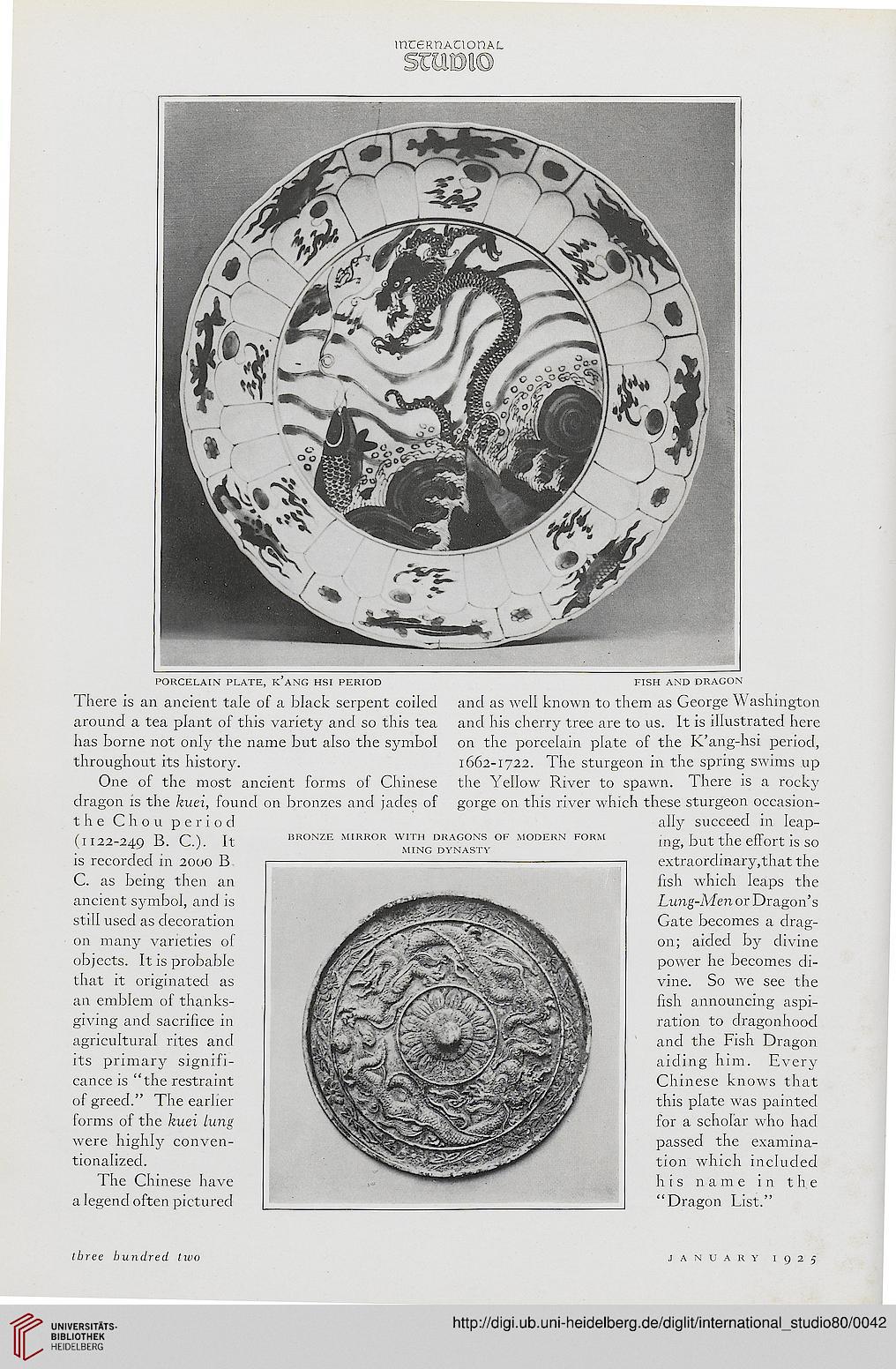 around a tea plant of this variety and so this tea and his cherry tree are to us. It is illustrated here

has borne not only the name but also the symbol on the porcelain plate of the K'ang-hsi period,

throughout its history. 1662-1722. The sturgeon in the spring swims up

One of the most ancient forms of Chinese the Yellow River to spawn. There is a rocky

dragon is the kuei, found on bronzes and jades of gorge on this river which these sturgeon occasion-

the C h o u period ally succeed in Ieap-

is recorded in 2000 B.
C. as being then an
ancient symbol, and is
still used as decoration
on many varieties of
objects. It is probable
that it originated as
an emblem of thanks-
giving and sacrifice in
agricultural rites and
its primary signifi-
cance is "the restraint
of greed." The earlier
iorms of the kuei Lung
were highly conven-
tionalized.

The Chinese have
a legend often pictured

extraordinary,that the
fish which leaps the
Lung-Men or Dragon's
Gate becomes a drag-
on; aided by divine
power he becomes di-
vine. So we see the
fish announcing aspi-
ration to dragonhood
and the Fish Dragon
aiding him. Every
Chinese knows that
this plate was painted
for a scholar who had
passed the examina-
tion which included
his name in t h e
"Dragon List."