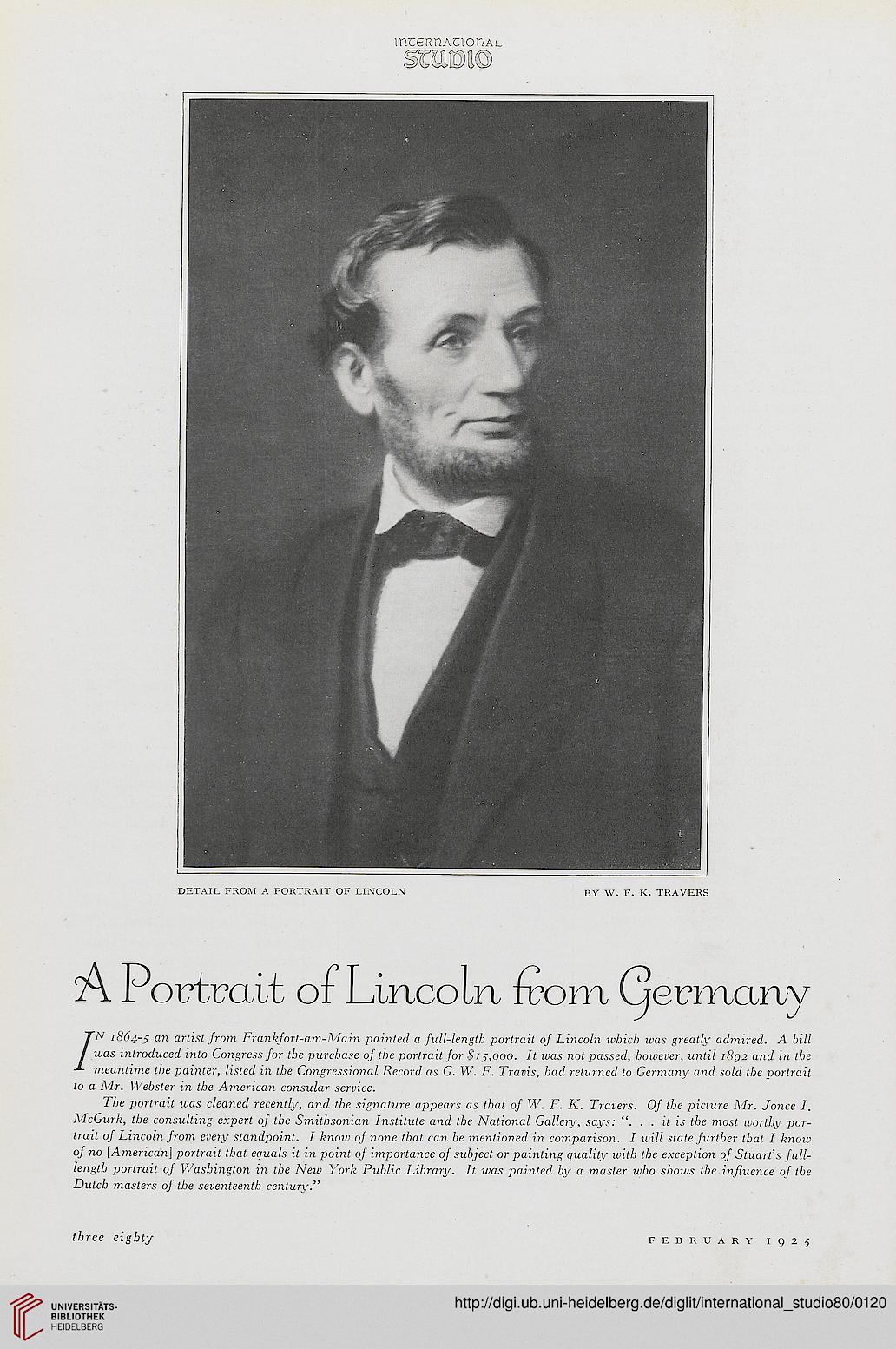 DETAIL FROM A PORTRAIT OF LINCOLN BY W. F. K. TRAVERS

A Portrait of Lincoln from

/'N 1864-5 an artist from Frankfort-am-Main painted a full-length portrait of Lincoln which was greatly admired. A bill
was introduced into Congress for the purchase of the portrait for $15,000. It was not passed, however, until 1802 and in the
meantime the painter, listed in the Congressional Record as C. W. F. Travis, had returned to Germany and sold the portrait
to a Mr. Webster in the American consular service.

The portrait was cleaned recently, and the signature appears as that of W. F. K. Travers. Of the picture Mr. Jonce I.
McCurk, the consulting expert of the Smithsonian Institute and the National Gallery, says: ". . . it is the most worthy por-
trait of Lincoln from every standpoint. I know of none that can be mentioned in comparison. I will slate further that I know
of no [American] portrait that equals it in point of importance of subject or painting quality with the exception of Stuart's full-
length portrait of Washington in the New York Public Library. It was painted by a master who shows the influence of the
Dutch masters of the seventeenth century."