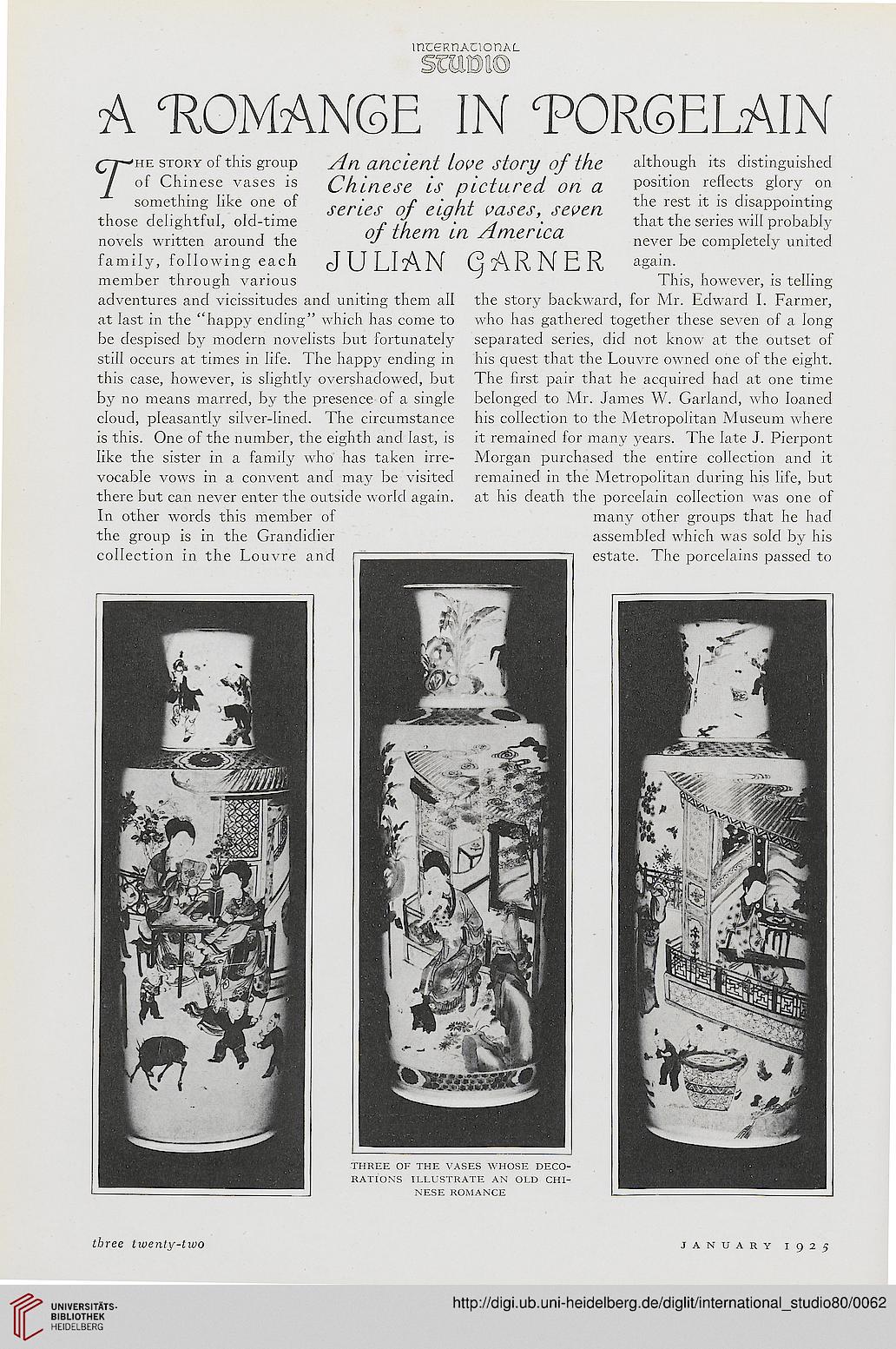 those delightful, old-time r ,i • ^ • that the series will probably

novels written around the J never be completely united

member through various This, however, is telling

adventures and vicissitudes and uniting them all the story backward, for Mr. Edward I. Farmer,

be despised by modern novelists but fortunately separated series, did not know at the outset of

still occurs at times in life. The happy ending in his quest that the Louvre owned one of the eight,

this case, however, is slightly overshadowed, but The first pair that he acquired had at one time

by no means marred, by the presence of a single belonged to Mr. James W. Garland, who loaned

cloud, pleasantly silver-lined. The circumstance his collection to the Metropolitan Museum where

is this. One of the number, the eighth and last, is it remained for many years. The late J. Pierpont

vocable vows in a convent and may be visited remained in the Metropolitan during his life, but

there but can never enter the outside world again, at his death the porcelain collection was one of

estate. The porcelains passed to

collection in the Louvre and