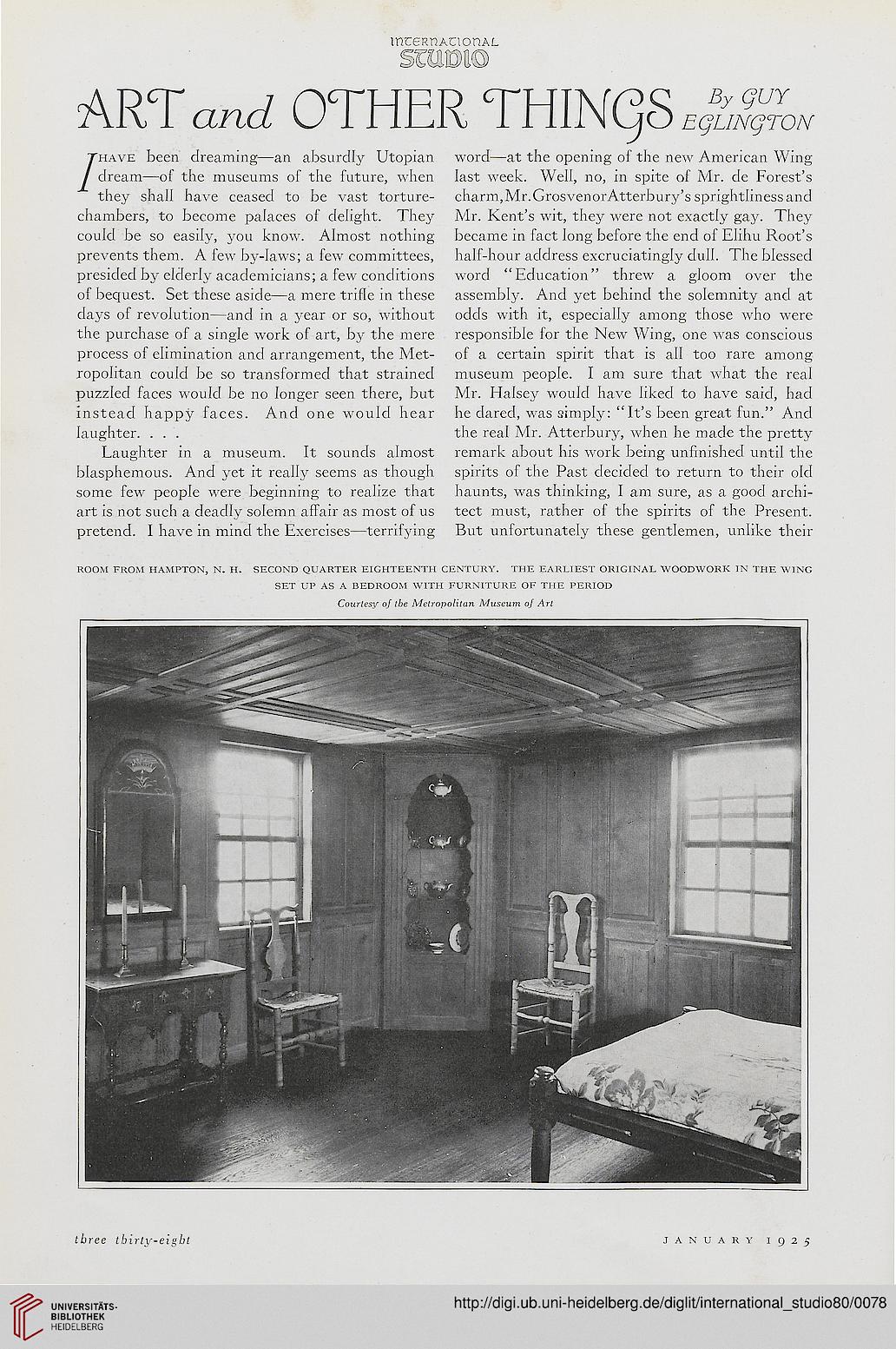 dream—of the museums of the future, when last week. Well, no, in spite of Mr. de Forest's

they shah have ceased to be vast torture- charm,Mr.GrosvenorAtterbury'ssprightlinessand

chambers, to become palaces of delight. They Mr. Kent's wit, they were not exactly gay. They

could be so easily, you know. Almost nothing became in fact long before the end of Elihu Root's

presided by elderly academicians; a few conditions word "Education" threw a gloom over the

of bequest. Set these aside—a mere trifle in these assembly. And yet behind the solemnity and at

days of revolution—and in a year or so, without odds with it, especially among those who were

the purchase of a single work of art, by the mere responsible for the New Wing, one was conscious

process of elimination and arrangement, the Met- of a certain spirit that is all too rare among

ropolitan could be so transformed that strained museum people. I am sure that what the real

puzzled faces would be no longer seen there, but Mr. Halsey would have liked to have said, had

instead happy faces. And one would hear he dared, was simply: "It's been great fun." And

laughter. . . . the real Mr. Atterbury, when he made the pretty

Laughter in a museum. It sounds almost remark about his work being unfinished until the

blasphemous. And yet it really seems as though spirits of the Past decided to return to their old

some few people were beginning to realize that haunts, was thinking, I am sure, as a good archi-

art is not such a deadly solemn affair as most of us tect must, rather of the spirits of the Present,

pretend. I have in mind the Exercises—terrifying But unfortunately these gentlemen, unlike their