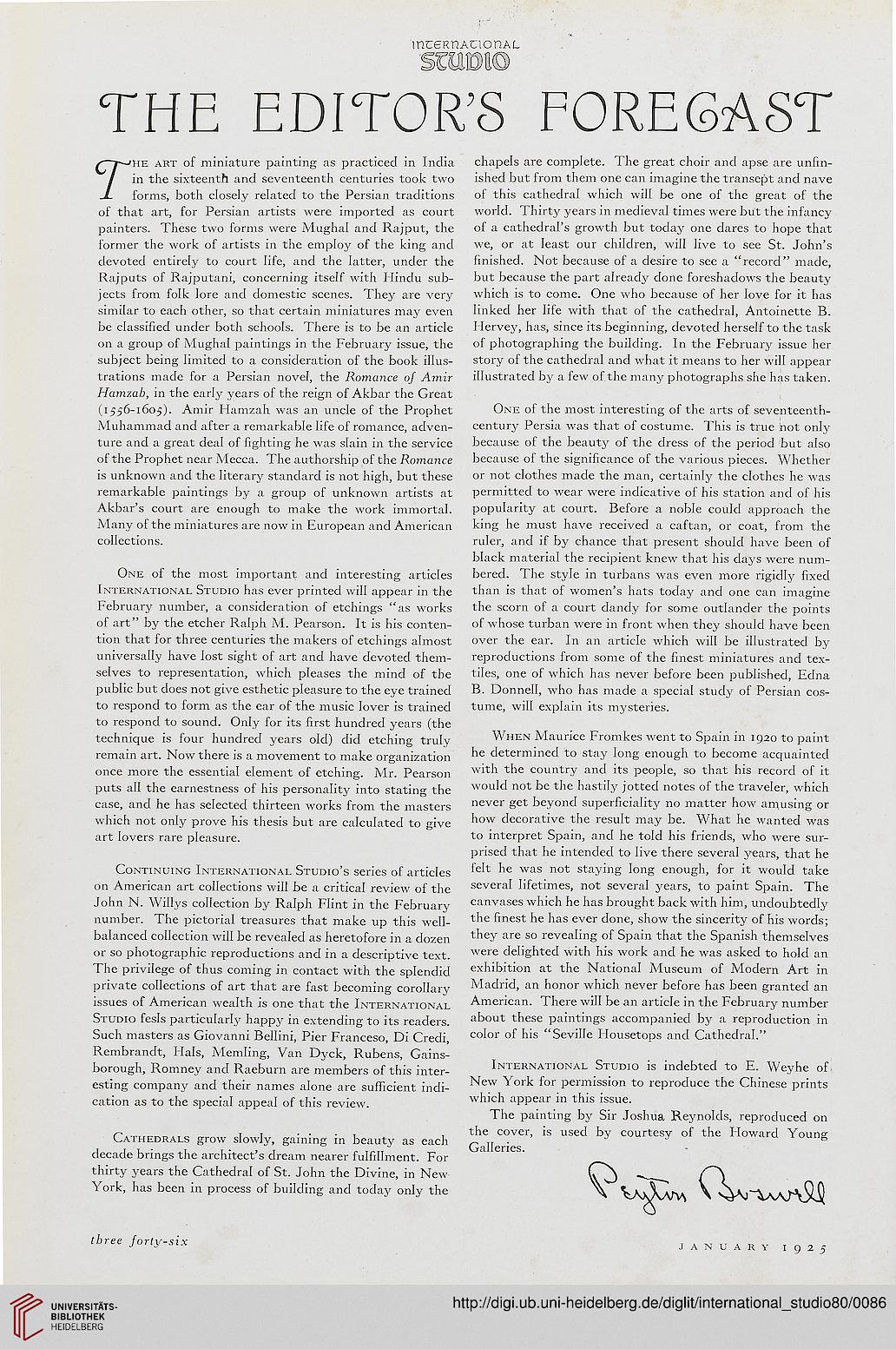 rhe art of miniature painting as practiced in India chapels are complete. The great choir and apse are unfin-

forms, both closely related to the Persian traditions of this cathedral which will be one of the great of the

of that art, for Persian artists were imported as court world. Thirty years in medieval times were but the infancy

painters. These two forms were Mughal and Rajput, the of a cathedral's growth but today one dares to hope that

former the work of artists in the employ of the king and we, or at least our children, will live to see St. John's

devoted entirely to court life, and the latter, under the finished. Not because of a desire to see a "record" made,

Rajputs of Rajputani, concerning itself with Hindu sub- but because the part already done foreshadows the beauty

jects from folk lore and domestic scenes. They are very which is to come. One who because of her love for it has

similar to each other, so that certain miniatures may even linked her life with that of the cathedral, Antoinette B.

be classified under both schools. There is to be an article Hervey, has, since its beginning, devoted herself to the task

trations made for a Persian novel, the Romance oj Amir illustrated by a few of the many photographs she has taken.
Hamzab, in the early years of the reign of Akbar the Great

(15,-6-1605). Amir Hamzah was an uncle of the Prophet One of the most interesting of the arts of seventeenth-
Muhammad and after a remarkable life of romance, adven- century Persia was that of costume. This is true hot only
ture and a great deal of fighting he was slain in the service because of the beauty of the dress of the period but also
of the Prophet near Mecca. The authorship of the Romance because of the significance of the various pieces. Whether
is unknow n and the literary standard is not high, but these or not clothes made the man, certainly the clothes he was
remarkable paintings by a group of unknown artists at permitted to wear were indicative of his station and of his
Akbar's court are enough to make the work immortal. popularity at court. Before a noble could approach the
Many of the miniatures are now in European and American king he must have received a caftan, or coat, from the
collections. ruler, and if by chance that present should have been of

black material the recipient knew that his days were num-

One of the most important and interesting articles bered. The style in turbans was even more rigidly fixed

February number, a consideration of etchings "as works the scorn of a court dandy for some outlander the points

of art" by the etcher Ralph M. Pearson. It is his conten- of whose turban were in front when they should have been

tion that for three centuries the makers of etchings almost over the ear. In an article which will be illustrated by

selves to representation, which pleases the mind of the tiles, one of which has never before been published, Edna

public but does not give esthetic pleasure to the eye trained B. Donnell, who has made a special study of Persian cos-

to respond to form as the ear of the music lover is trained tume, will explain its mysteries,
to respond to sound. Only for its first hundred years (the

remain art. Now there is a movement to make organization he determined to stay long enough to become acquainted

once more the essential element of etching. Mr. Pearson with the country and its people, so that his record of it

puts all the earnestness of his personality into stating the wou,d not be the hastiIy i°"ed notes of the traveler, which

case, and he has selected thirteen works from the masters never Set beyond superficiality no matter how amusing or

which not only prove his thesis but are calculated to give Ilow decorative the result may be. What he wanted was

art lovers rare pleasure to interpret Spain, and he told his friends, who were sur-
prised that he intended to live there several y«ars, that he

Continuing International Studio's series of articles feIt Ile was not staying long enough, for it would take

on American art collections will be a critical review of the several lifetimes, not several years, to paint Spain. The

John N. Willys collection by Ralph Flint in the February canvases which he has brought back with him, undoubtedly

number. The pictorial treasures that make up this well- the "nest he has ever done, show the sincerity of his words;

or so photographic reproductions and in a descriptive text. were delighted with his work and he was asked to hold an

private collections of art that are fast becoming corollary Madrid, an honor which never before has been granted an

issues of American wealth is one that the International American. There will be an article in the February number

Studio fesls particularly happy in extending to its readers. "bout these paintings accompanied by a reproduction in

Such masters as Giovanni Bellini, Pier Franceso, Di Credi, coIor of his "Seville Housetops and Cathedral."
Rembrandt, Hals, Memling, Van Dyck, Rubens, Gains-
borough, Romney and Raeburn are members of this inter- International Studio is indebted to E. Weyhe of.

cation as to the special appeal of this review. wtich aPPear m thls lssue"

The painting by Sir Joshua Reynolds, reproduced on

thirty years the Cathedral of St. John the Divine, in New J