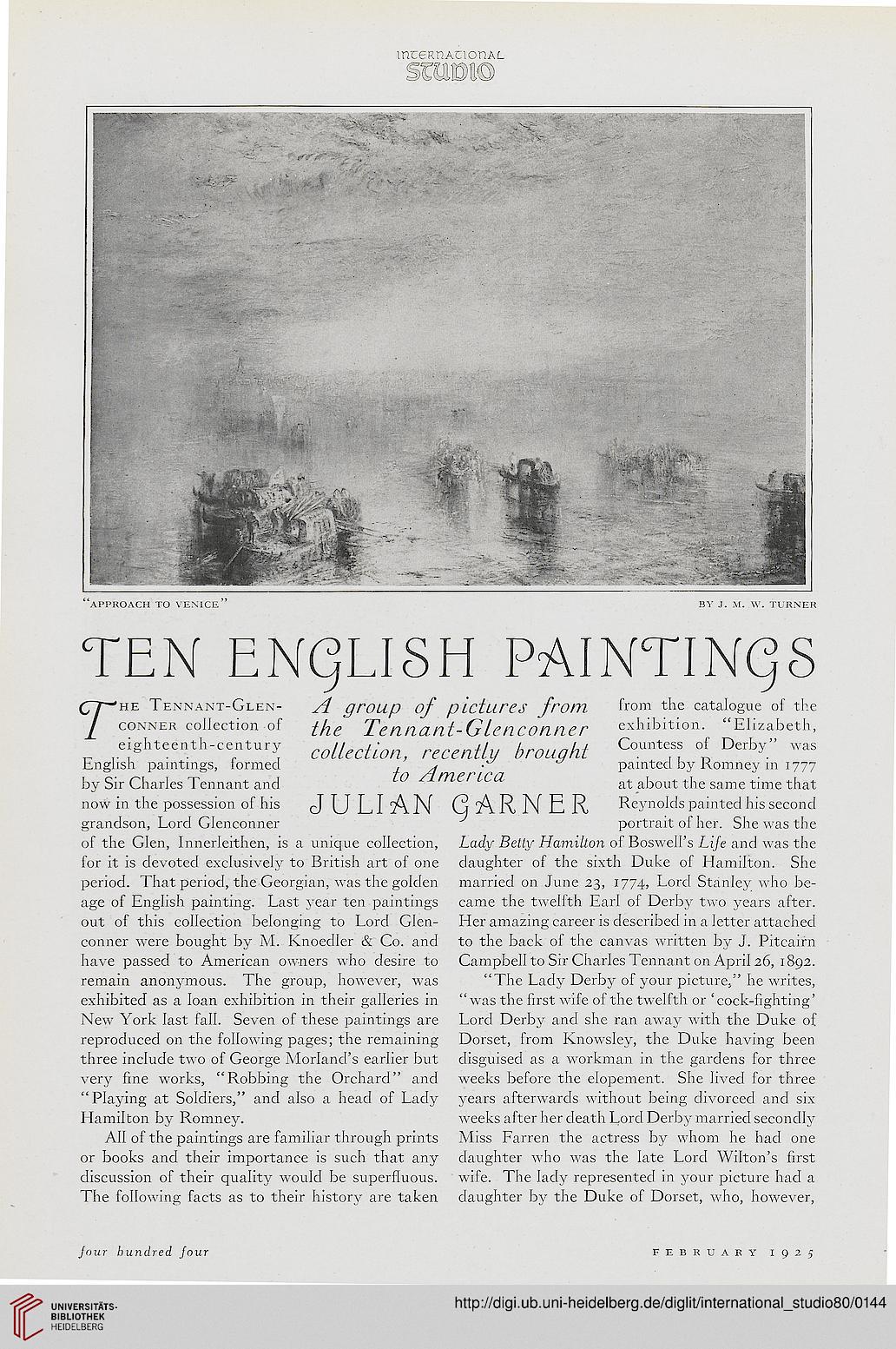 grandson, Lord Glenconner portrait of her. She was the

of the Glen, Innerleithen, is a unique collection, Lady Betty Hamilton of Boswell's Life and was the

for it is devoted exclusively to British art of one daughter of the sixth Duke of Hamilton. She

period. That period, the Georgian, was the golden married on June 23, 1774, Lord Stanley who be-

Conner were bought by M. Knoedler & Co. and to the back of the canvas written by J. Pitcairn

have passed to American owners who desire to Campbell to Sir Charles Tennant on April 26, 1892.

remain anonymous. The group, however, was "The Lady Derby of your picture," he writes,

New York last fall. Seven of these paintings are Lord Derby and she ran away with the Duke of

reproduced on the following pages; the remaining Dorset, from Knowsley, the Duke having been

very fine works, "Robbing the Orchard" and weeks before the elopement. She lived for three

" Playing at Soldiers," and also a head of Lady years afterwards without being divorced and six

discussion of their quality would be superfluous, wife. The lady represented in your picture had a

The following facts as to their history are taken daughter by the Duke of Dorset, who, however,