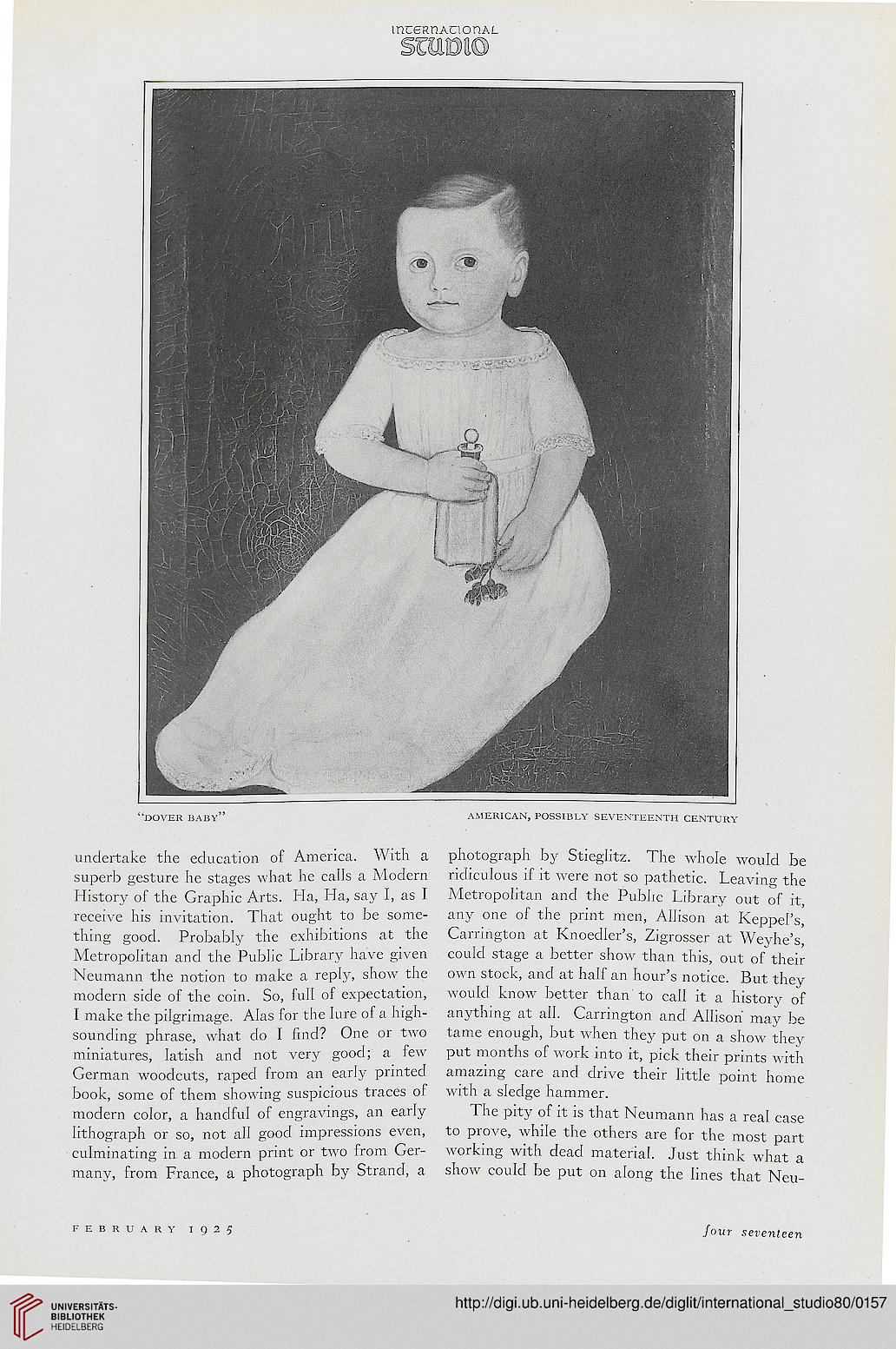 undertake the education of America. With a photograph by Stieglitz. The whole would be

superb gesture he stages what he calls a Modern ridiculous if it were not so pathetic. Leaving the

History of the Graphic Arts. Ha, Ha, say I, as I Metropolitan and the Public Library out of it,

receive his invitation. That ought to be some- any one of the print men, Allison at Keppel's,

thing good. Probably the exhibitions at the Carrington at Knoedler's, Zigrosser at Weyhe's,

Metropolitan and the Public Library have given could stage a better show than this, out of their

Neumann the notion to make a reply, show the own stock, and at half an hour's notice. But they

modern side of the coin. So, full of expectation, would know better than to call it a history of

I make the pilgrimage. Alas for the lure of a high- anything at all. Carrington and Allison may be

sounding phrase, what do I find? One or two tame enough, but when they put on a show they

miniatures, Iatish and not very good; a few put months of work into it, pick their prints with

book, some of them showing suspicious traces of with a sledge hammer.

modern color, a handful of engravings, an early The pity of it is that Neumann has a real case

thograph or so, not all good impressions even, to prove, while the others are for the most part

Iminating in a modern print or two from Ger- working with dead material. Just think what a

many, from France, a photograph by Strand, a show could be put on along the lines that Neu-